20 amazing places to visit in Oman

Stunning deserts, ancient forts and a pristine coastline. Check out some of Oman's must-visit locations in this intriguing desert kingdom. Travel blogger Joāo Leitão lists some of his favourite spots... 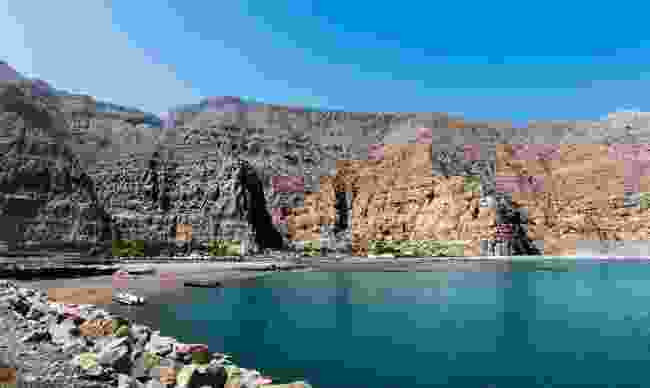 Musandam peninsula is separated from the rest of the country – it's an enclave in the United Arab Emirates. It's famous for its breathtaking fjords, desert mountains and waters of a beautiful shade of blue. 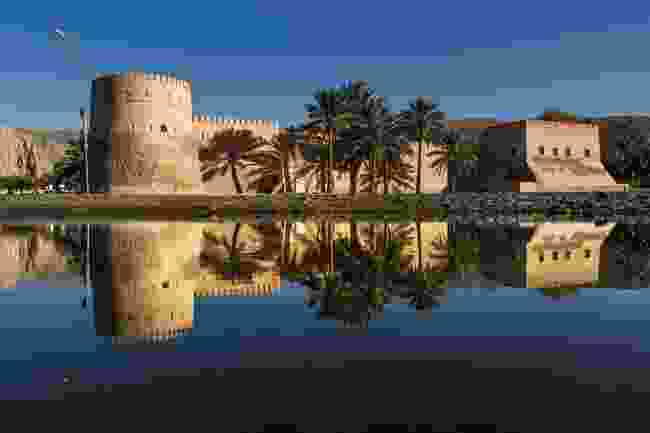 The capital of the Musandam region is the city of Khasab. To get there you can take a fast ferry boat, connecting to the capital Muscat. 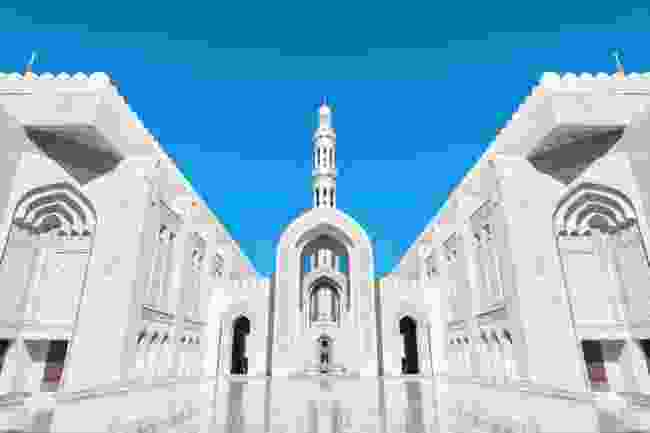 Muscat, the capital of Oman, has a beautiful historic district. Buildings with East African-style wooden balconies, and several seafront fortresses make Muscat a picturesque and relaxing destination. It’s worth spending a couple of days there, and visiting the markets, museums, forts, mosques and areas near the sea.

How to spend 24 hours in Muscat, Oman 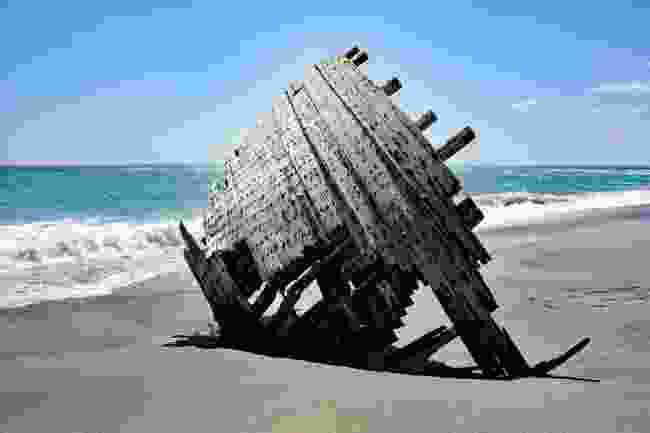 Masirah Island is a desolate and deserted destination. If you like the feeling of being in the middle of nowhere, and in a place where hardly anyone goes, then you’ll love this island off Oman's coast in the Indian Ocean. There are several deserted beaches where you can see turtles laying eggs. Crossing the Jebel Akhdar was one of the best moments of my Oman trip. I drove up, departing from Al Hamra until Ar Rustaq, on the far side of the mountain. I drove a normal city car, but a 4WD is recommended. The landscape is amazing. 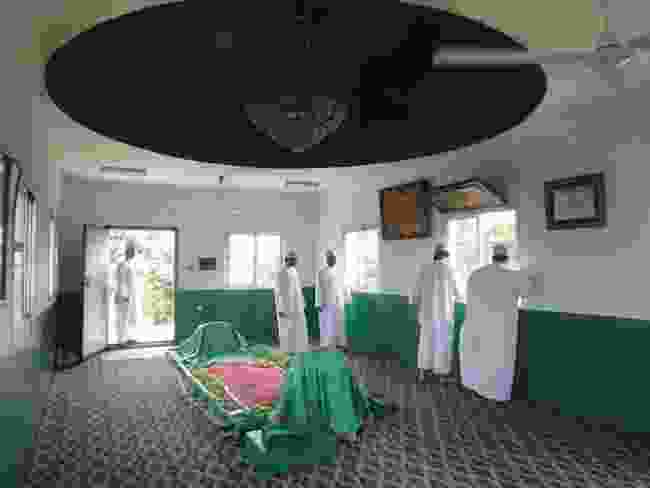 Job is a religious figure, known as Ayyub in Islam, Iyov in Judaism and Job in Christianity. You can visit his tomb and, in the outer zone, you'll find a small box which protects his footprint (people say it's enormous). The whole area is a site of Muslim pilgrimage. Taqah Castle dates back to the 19th century, and is situated at the entrance of Mirbat. It was built to be the permanent residence of Sheikh Ali bin Al Ma’shani Timman. It's very well preserved, and houses a very interesting ethnographic museum, showing various aspects of life and culture from the region. The ancient port of Sumhuran dates from the third century BC to the fifth century AD. This is one of the most important places of the region’s pre-Islamic time. This was one of the great centres of frankincense production of south Arabia. The ruins are spectacular, with amazing surrounding scenery. Al-Baleed ruins are a huge archaeological complex on the coast, near the city of Salalah. Ibn Battuta visited this site in 1329 and commented on its beauty. Most of the buildings of the citadel would be built in a typical architectural style of the region of Dhofar, mixing wood and stone. Samail Castle is one of the most beautiful castles in Oman. The Samail Hosn, or Samail Castle, is surrounded with mountains and huge palm trees. A true oasis in the desert mountains. A few kilometres before Samail there is another small fort known for its watchtowers which overlook the entire valley. 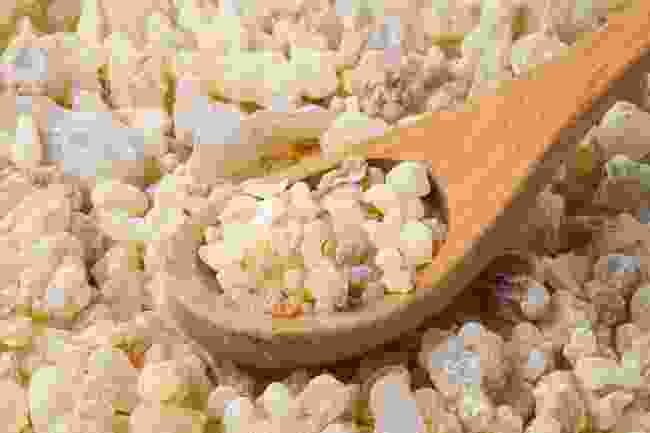 Salalah is a city of great importance in the trade of frankincense. Here, there are two modern markets where there are many shops with plenty of excellent quality incense. Salalah also has a beach area that you can visit, as well as the huge mosque of Sultan Qaboos. Telegraph Island is a small piece of land in the middle of the water surrounding the Musandam Peninsula. In the 19th century there was a station there that was used to boost the British telegraph messages along the Persian Gulf cable line - part of the London–Karachi telegraph cable. Nowadays, only a few ruins remain, but the snorkelling is great. Nizwa is one of my favourite cities in Oman. It has many interesting places to visit such as the animal and vegetable market, the castle with old Portuguese cannons, the potteries and the old town. The view from the top of the castle is fantastic. In Nizwa you can also visit the famous falaj canal system and supply of water to the oasis, listed by UNESCO as a World Heritage Site. Haat is a village in the Jebel Akhdar Mountains. Here, several stone houses are protected by palm trees. There is a small river, falaj irrigation system and a water tank with a member of the village always present and protecting it with an AK-47. There is also a small pool of natural water coming from a mountain spring. 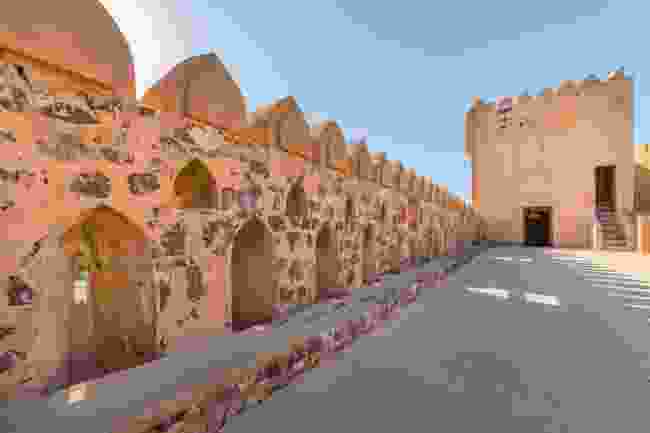 Jabrin Castle is an excellent example of military architecture in the region. It was built by Imam Sultan bin Saif Al Ya’arubi in 1670. It's fantastic to explore the interior of this huge castle, enjoy the views from the top of the tower and also discover the fabulous ceilings of many rooms and halls inside. 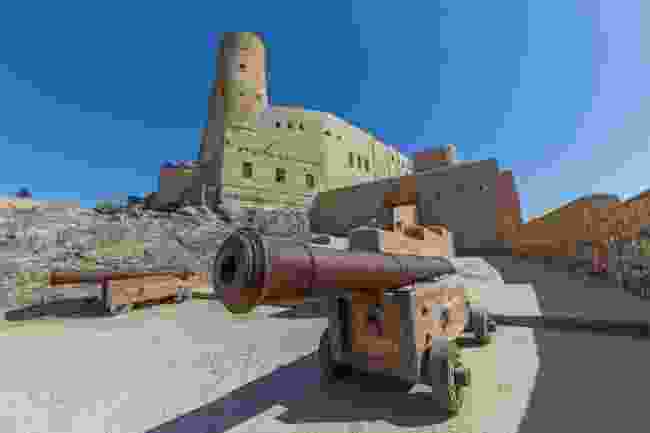 Bahla fortress is one of the historical forts near Jebel Akhdar. The castle dates from the 13th century and is well-preserved after being closed for renovation for several years. This building is surrounded by an oasis with some amazing views. This place is listed by UNESCO as a World Heritage Site. Al Hazm is a place with lots of history – a big fortress and various ruins of an old village and even an ancient tomb at the top of the hill. The scenery is very beautiful, mixing green palm trees and desert mountains.

Top 10 amazing places to immerse yourself in Oman's culture

Driving to the Sadah Coast is fantastic. The landscapes are amazing and unique. The village of Sadah itself sits by the sea, surrounded by mountains made of black rock and 'invaded' by sand from the beach. The beach landscapes in Ras Madrakah are quite beautiful. Here, thousands of crabs make the wild beach their territory, and it’s very funny running after them towards the water. However, they do not let themselves get caught… It’s wonderful to hear the symphony of waves, running back and forth with nature. 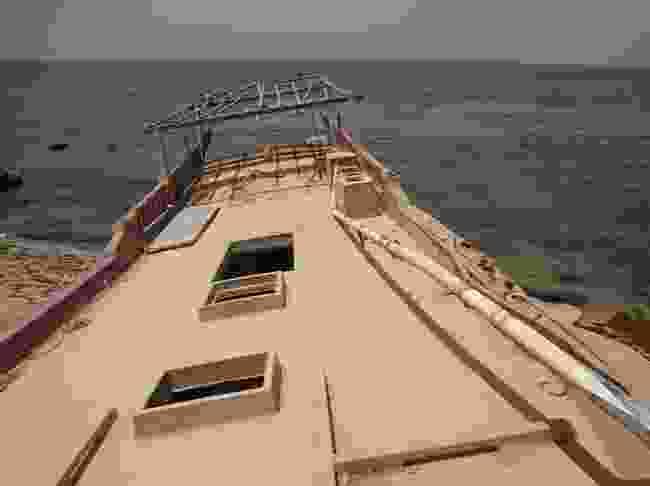 Ras-Hilf is the capital of Masirah island. Although the city itself does not have many attractions, its beaches with many ship wrecks are always interesting to see and take pictures of. You can also go up the abandoned boats.