11 of the world's greatest travel experiences

They're big. They're life-affirming. They're bucket-list beauties. Warning: this list will cause instant wanderlust

Plunging into the wilderness, Alaska, USA

North America is renowned for dishing up huge portions, but it’s outdone itself with Alaska. The Last Frontier State is the USA’s biggest – but its least densely populated. It has 17 of the country’s tallest mountains, topping out at the formidable 6,194m Mt McKinley. Described by experts as a harder mountain to summit than Everest, it was first scaled in 1913 by a team of four led by British priest, Hudson Stuck. 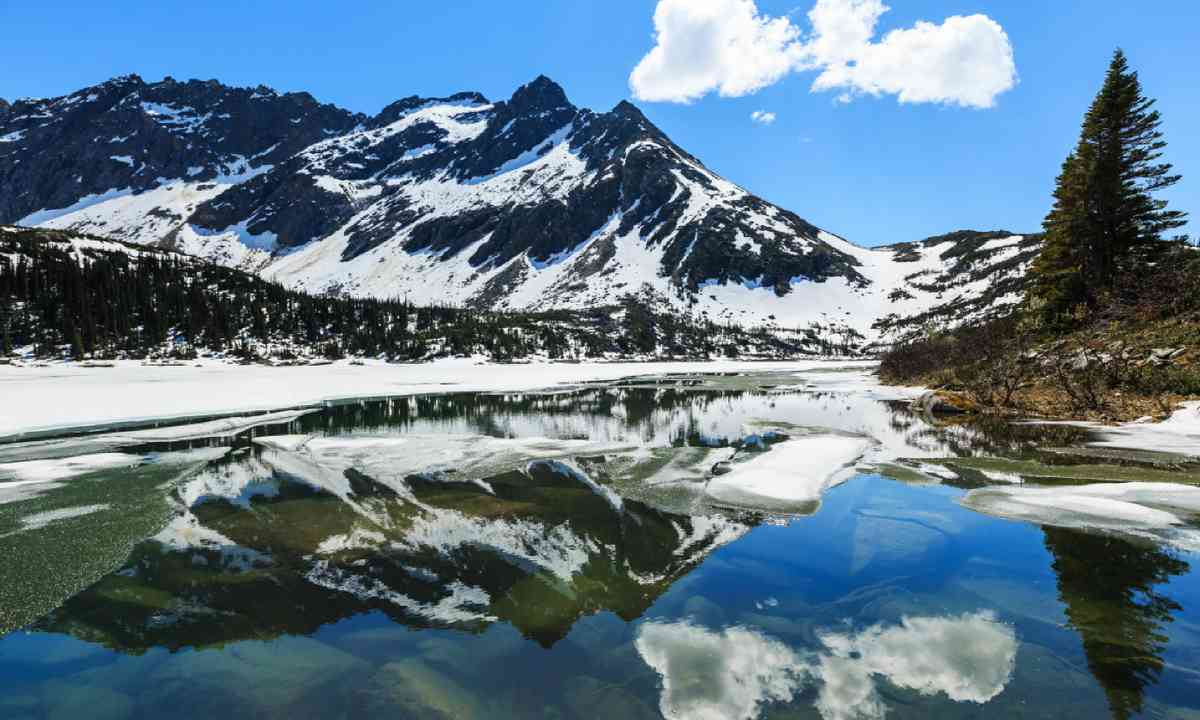 Back down at ground level, there’s 70,000km of coastline, 300 rivers and around 100,000 glaciers. Put simply, it does wilderness on a gargantuan scale. As a consequence, you can get wonderfully lost almost anywhere. Try Denali National Park if you’ve got a head for heights, the Aleutian island chain if you prefer the sea, or the Arctic-tickling Dalton Highway for a very different kind of American roadtrip.

Make it happen: May-August is the best time to visit; winters are long and cold, and snow can make some areas inaccessible.

Delving into the dunes of Sossusvlei, Namibia

There are sand dunes, and there are sand dunes. And the Namib Desert’s offerings in this arena are the Himalaya of the granular world: the dunes here tower up to 300m, massive undulations that shape-shift with the wind. They’re not just big, they’re beautiful – gracefully curved, rippled as the sea and apricot-orange under a perennial blue sky. 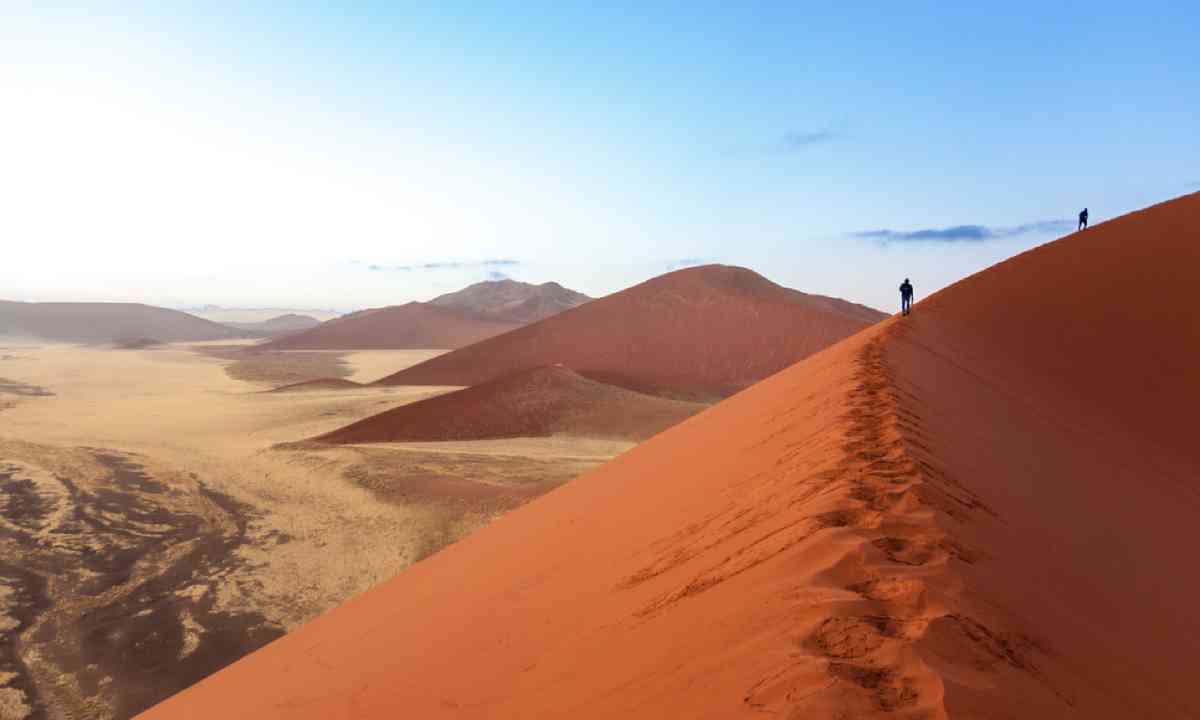 If you really want to get under the skin (and sand) of Sossusvlei, a ‘desert discovery’ tour with a local naturalist guide, trained in reading the ripples of the dunes for tell-tell signs of lurking lizards, will help reveal all manner of secrets.

Make it happen: Fly to the capital, Windhoek. Sossusvlei is 590km to the west. It’s accessible by 2WD; a 4WD is necessary for the final 5km to Sossusvlei Pan (or walk from the car park).

Standing atop the Rock City of Sigiriya, Sri Lanka

You can’t exactly miss Sigiriya. This monumental magma plug soars up 180m from the surrounding greenery of central Sri Lanka, dominating the jungly scene. Which probably explains why King Kashyapa I – who ruled from AD 477 to 495 – decided to build a palace and fortress complex on its top: it’s too good a spot not to use. Take the long – but enthralling – hike to the top, and gaze out as that Sinhalese king once did, surveying his magnificent domain. Well, perhaps: rumour has it that, after all the effort of constructing such a precariously perched redoubt, King Kashyapa was actually afraid of heights.

Make it happen: Sigiriya is a 90km drive from the city of Kandy, which has bus and rail links to capital Colombo.

Patagonia’s Perito Moreno is bucking the dismal global trend – this inching white tongue is just about maintaining its truly mammoth proportions (around 5km wide, 30km long) in the face of climate confusion. 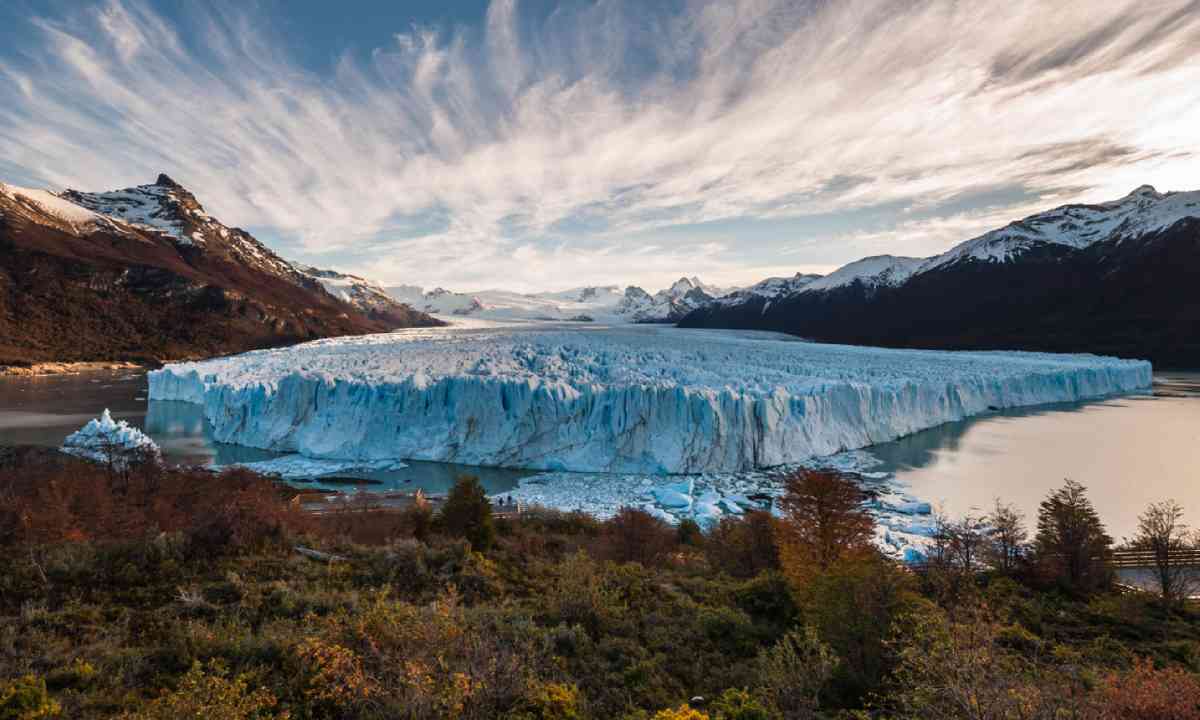 It’s so refreshing to read a nice ice story for a change. Indeed, everything about Perito Moreno is pretty refreshing. The glacier is the star attraction in Los Glaciares National Park, a vast wilderness of ice-capped peaks, sparkling lakes, cloud-racing skies and chuntering rivers that is invigorating enough to blow away anyone’s cobwebs. This is the sort of landscape that will mess up your hair, clear out your nostrils and remind you that you are still alive.

Make it happen: Los Glaciares NP is 78km from El Calafate, accessible by car or bus. Boat tours can be taken from Puerto Bandera.

Sometimes, no matter what anyone says to the contrary, size matters. And there’s nothing bigger – nothing more slap-you-in-the-face, wobble-you-in-your-walking-boots, tremble-in-your-Gore-Tex awesome – than the high mountains of the Himalaya. 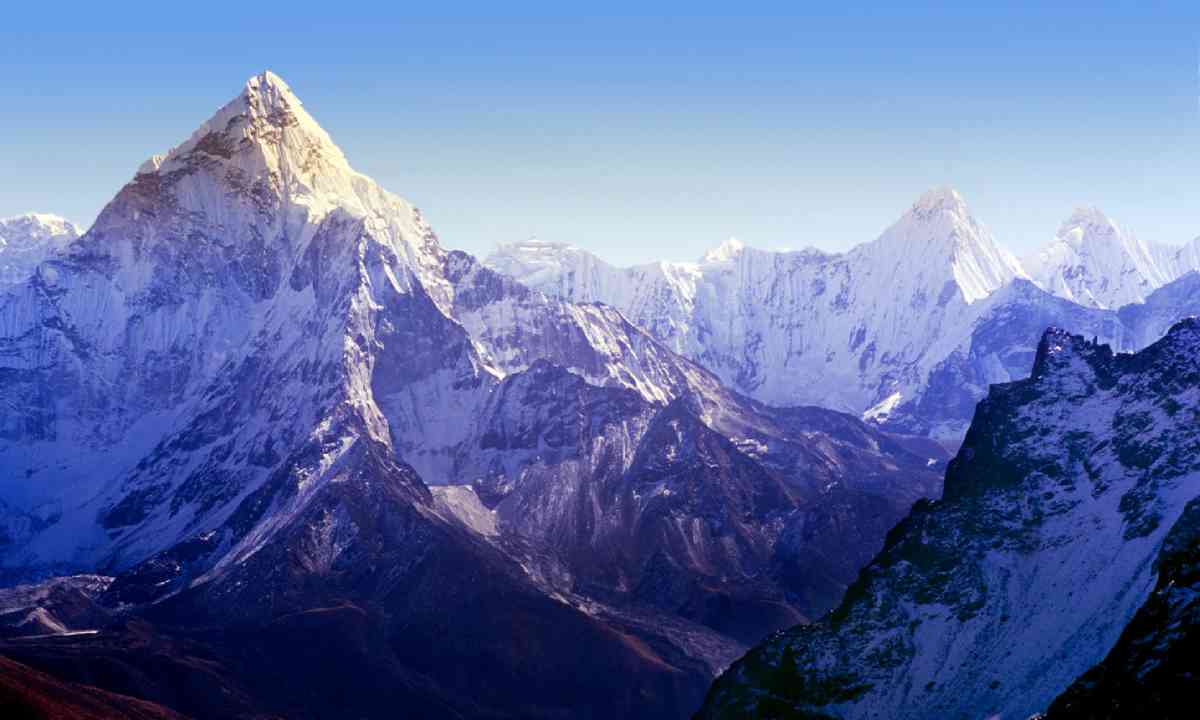 The entire range spans 2,400km, from Pakistan in the west to India in the east; much of it lords over 7,000m, some of it over 8,000m – a height not nearly approached elsewhere on the planet. Literally translated as ‘abode of snow’ it can be no surprise that these high rising giants are plastered with a good, solid coating of the white stuff all year round. And the best part? Being so ludicrously big there’s an abundance of ways to get up close and personal with them.

Make it happen: Himalaya hub cities include Kathmandu, Lhasa, Islamabad, Paro, Delhi and Guwahati; take the train to Shimla from Delhi (via Kalka; approx 12 hours) for easily accessible views and to begin dreaming of all the possibilities these mountains offer the adventurous.

Poking like a thumbs-up into the Caribbean Sea, the porous Yucatán peninsula is something of a geological sponge. Its jungly interior, devoid of obvious lakes and rivers, is dimpled instead by thousands of soggy cenotes – sinkholes fed by underground springs. 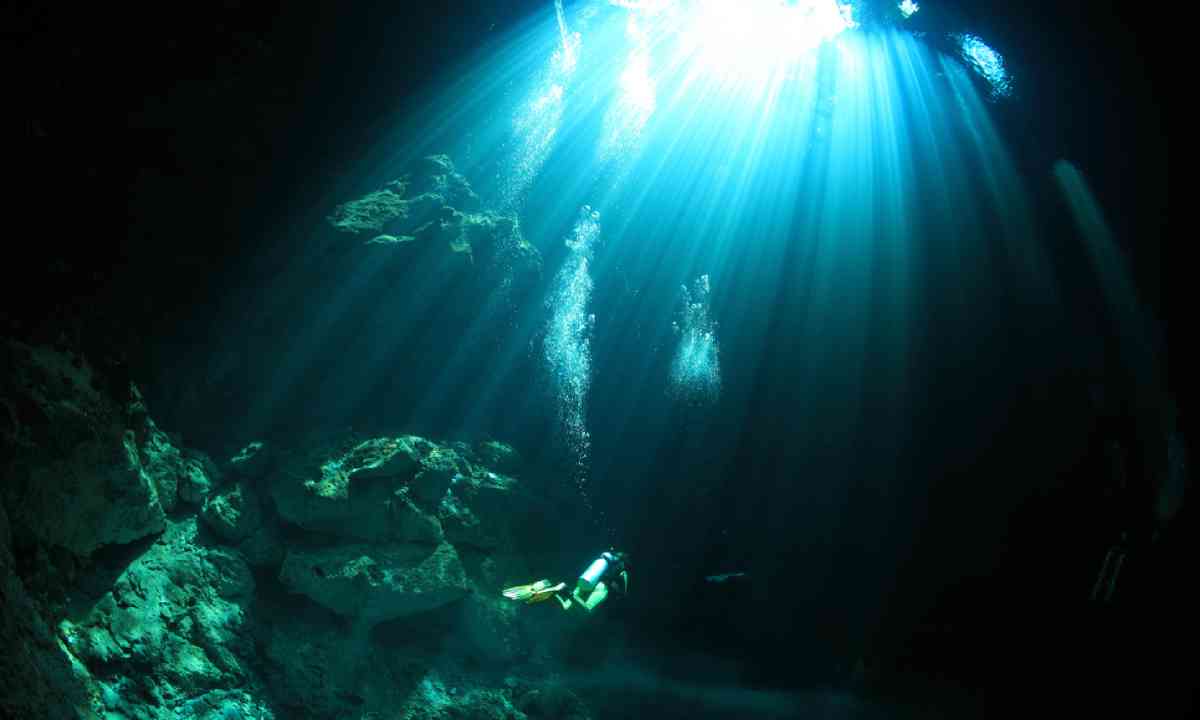 Popular watery chasms include Ik-Kil (near Chichén Itzá), deep and inky Azul, and Kankirixche – atmospherically riddled with tree roots. To explore one of these crystal-clear hidden pools, often overhung by dangling vines and craggy cave-tops, is to combine swimming with spelunking. Dive in to float above stalagmites and strange rock formations, and to paddle with a fish or two.

Make it happen: Swim sensitively: wear biodegradable sunscreen; don’t touch or break off bits of rock; be wary of hitting stalagmites with flippers.

Climbing up to Tiger's Nest, Bhutan

Tucked into a mountainside in the west of a remote, long-isolated Himalayan kingdom is the cliff-face that launched a thousand postcards: the craggy eyrie on which the country’s most famous monastery, Taktsang Goemba, perches. The ‘Tiger’s Nest’ is Bhutan’s Machu Picchu, its Angkor Wat – the spectacular sight that every visitor wants to experience. 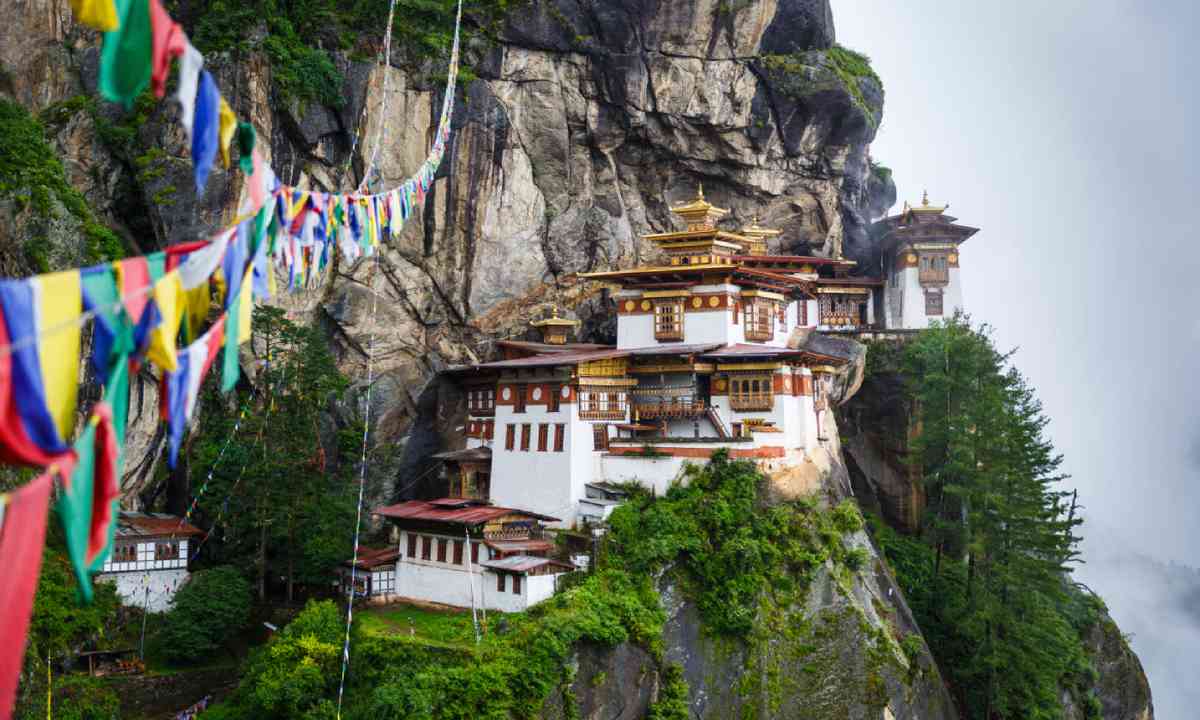 Enjoying this view, though, is no doddle – and that’s a big part of its charm. The monastery is reached on a winding path, and sits at 3,120m – where the thin air is enough to leave you breathless. But your reward is this higgledy-piggledy, whitewalled, gilt-roofed beauty, glimpsed between fluttering multi-coloured prayer flags, clings to the sheer rock face above lushly forested slopes.

Make it happen: Visiting Bhutan is possible only on an organised tailor-made or group tour, including all accommodation, transport and guides. Taktsang Goemba is 10km north of the town of Paro. The road ends at 2,600m; it’s a one-hour walk up the trail leading from the car park to a café and viewpoint, and there’s a further climb to the high observation point (3,140m) and the monastery itself. Horses and mules can be hired for the climb to the café.

The challenge of walking the entire length of the Great Wall of China is, frankly, a pretty insurmountable one. Not only would it be an immense distance – nearly 9,000km, according to some surveys, snaking from Xinjiang in the far west to the Yellow Sea at the border with North Korea – but there’s a bigger quandary to address : which wall would you walk? The Great Wall, you see, isn’t just one barrier, but many. 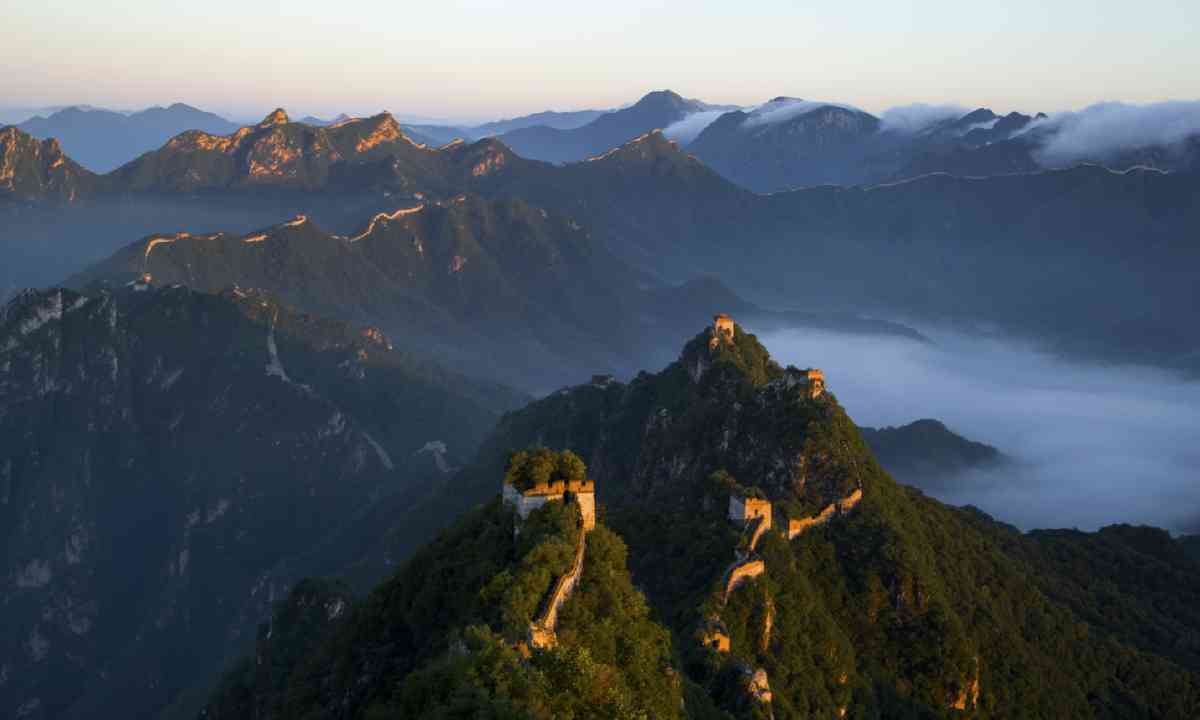 The most popular stretch is at Badaling, but despite the crowds this is among the most impressive sections – almost 8m high and 6m across. Mutianyu is another well-restored section with imposing towers; it’s a little further from the capital, so has smaller crowds. For a thrilling walk, head to the Jinshanling stretch near the town of Gubeikou. From here, it’s a spectacular 10km walk to Simatai, through the mountains.

Make it happen: Gubeikou is a three-hour drive north of Beijing; the 10km walk along the Jinshanling stretch to Simatai takes four to five hours. Badaling is 70km from Beijing.

Getting your first glimpse of Ancient Petra, Jordan

It’s just so very unlikely. Nestled deep in the Jordanian desert, hemmed in by sandstone crags, an opening ahead reveals something so out of place that you’d swear you were hallucinating. Between the two faces of rock, an ancient facade looms. This is a crisply-defined colossus of a frontage, six mighty pillars guarding the entrance as if the Nabateans (who built them two millennia ago) had just popped out for lunch. 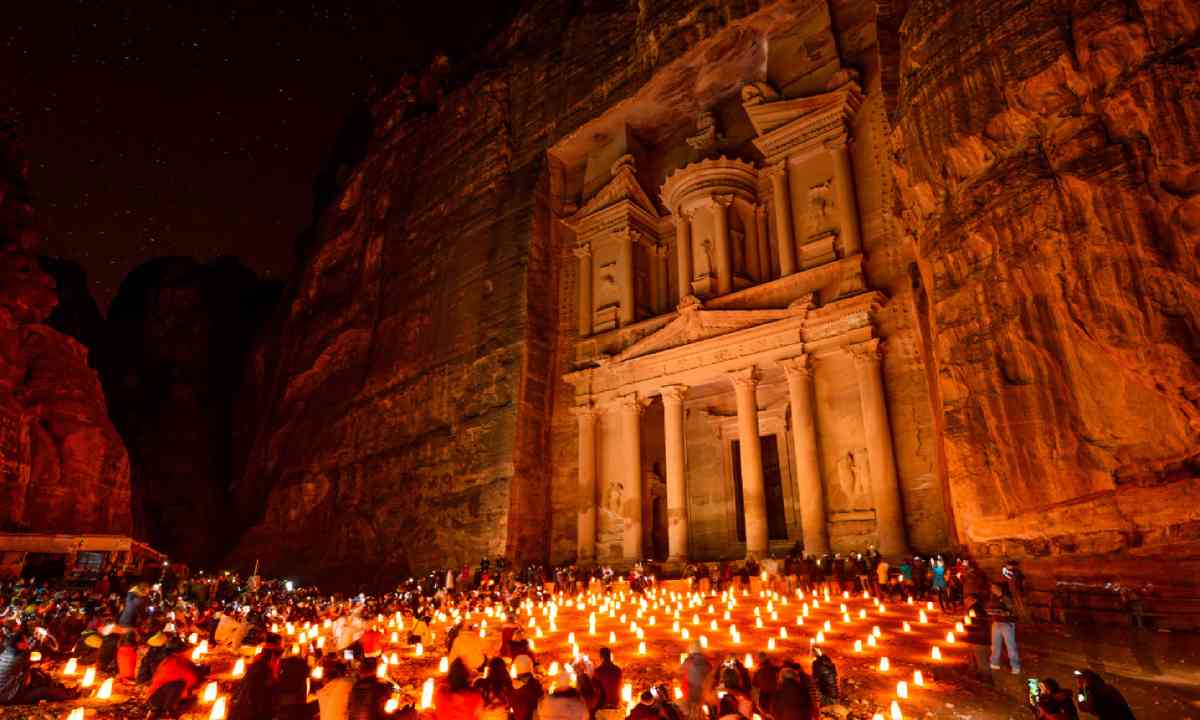 The Treasury in the ancient Jordanian city of Petra (Shutterstock)

The best way to reach Petra is as part of an extended trip to Jordan. As both are in the south of the country, a perfect pairing is Wadi Rum and the Rose-Red City. In the former you can hire Bedouin guides and spend several days walking and camping on the sand surrounded by the naturally formed jebels (mountains) that mimic the man-made facades you’ll see in Petra.

Make it happen: For your visit to Petra itself, allow at least two days (or more). Go in the daytime to explore its furthest reaches, then consider going back at night when they line the way to the siq with candles.

Sometimes what you can’t see is more spine-tingling than what you can. So it is on a mokoro safari: hunkered down in the hull of a dugout canoe, you might be gliding through a green tunnel of reeds, but at any moment the mysterious plops, splashes and rustles could materialise into a hippo, a croc or – heart in mouth – an elephant, trunk dipped into water. 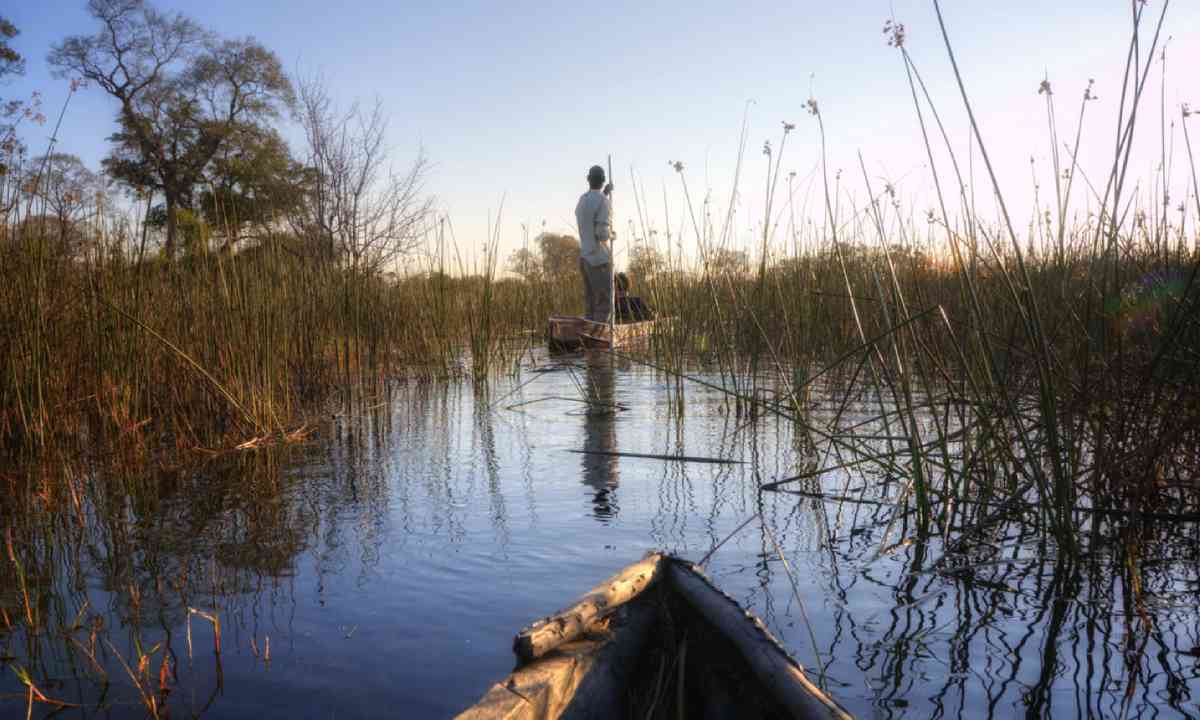 If you’re prepared to hop out and hike for a while, you’ll improve your chances of spotting bigger game: red lechwe, beautiful antelopes that splash through the shallows; a lounging lion or a leopard lolling on a branch; giraffe, hyena or even rare African wild dog.

Make it happen: Maun is the gateway to the region. Pick up a tour there, or pre-book with a specialist operator. Moremi Game Reserve protects the eastern part of the delta, while private reserves offer luxury and opportunities for night drives and walking safaris.

Gawping at the Grand Canyon, USA

Not surprisingly, Arizona’s world-beating Grand Canyon – up to 29km wide and 1.6km deep – is often voted one the greatest travel experiences: visitors can climb it, hike it, raft it, fly over it or simply palpitate on the edge of it, consumed by the ineffable geological scale. 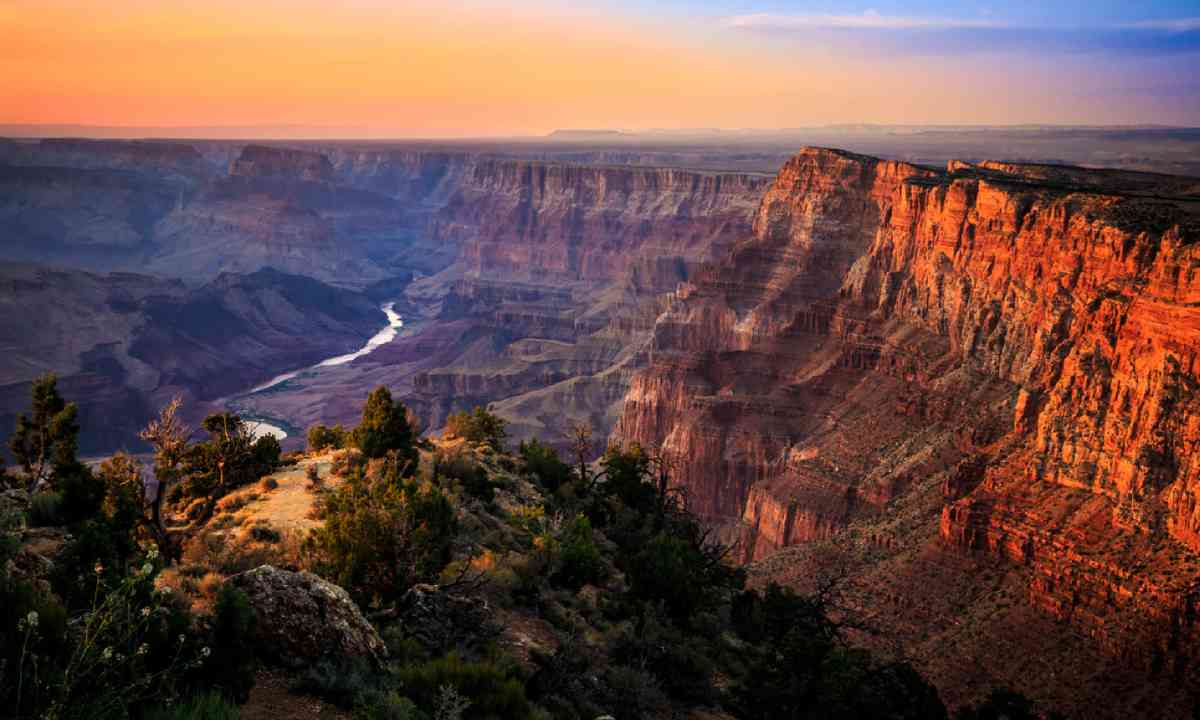 Most people head to the South Rim where the crowds – in the summer at least – tend to take the sheen off the experience. Much better to head to the North Rim and then spend a couple of days hiking to the South Rim, taking in the buttes, mesas and stone outcrops along the way, sinking into the ‘deep time’ contained within its kaleidoscopic strata of rock.

Make it happen: The Canyon is accessed via the nearby cities of Las Vegas (approx 450km) and Phoenix (370km). Plane and helicopter sightseeing trips leave from these hubs; otherwise expect a four- to six-hour drive, depending on which Rim you’re aiming for. Private cars must pay a $30 entrance fee.