Throughout autumn and winter, coal-coloured clouds suffocate Somerset's skies (pictured above, Shutterstock). But these are no ordinary storm clouds. As the sun sets and flocks of starlings take flight, admire what is known in the birding world as a murmuration.

Watch innumerable starlings twist, turn and tumble, collectively forming a rhythmic black mass silhouetted against the sunken sun. It's one of the few things on earth that conveys a real sense of suspended reality.

Settle yourself on Shapworth Heath in Somerset to witness one of the largest murmurations in the UK. Alternatively, ring the Avalon Marshes Starling Hotline on 07866 554 142 to find out the exact location of the flock. 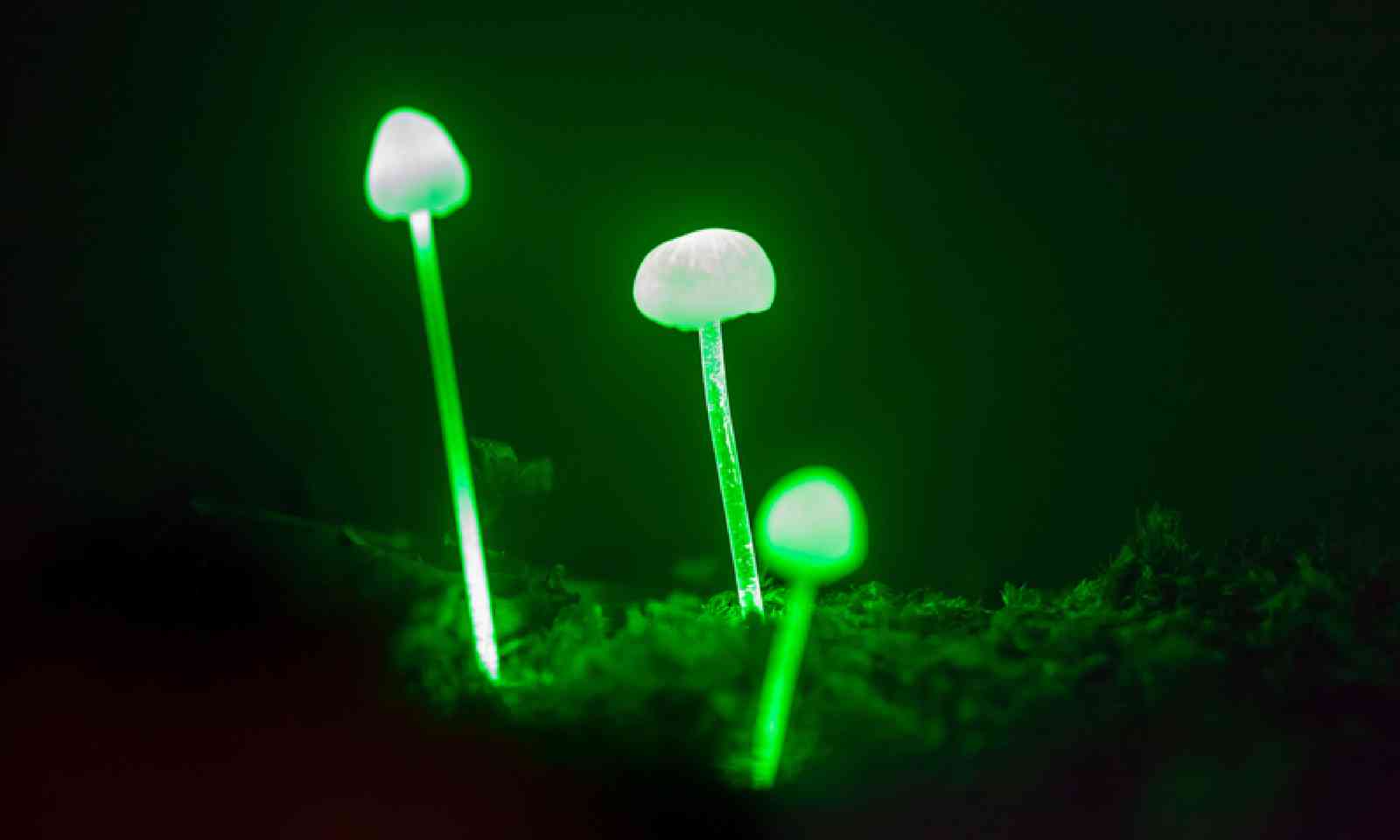 You may have heard of phosphorescent algae and fireflies, but the firefox mushroom takes bio-illumination to another level. Standing next to one of these fungi is like being transported to the Avatar planet of Pandora.

These mushrooms are one-of-a-kind, eerily glowing in the dark on moist, rotting bark during late summer months. No-one knows why the firefox glows a blueish-green; some say they are the fires of fairies, others believe they are supernatural 'cold' fires.

Trek through the tropical forests of Ribeira Valley Tourist State Park, near São Paulo, and you can't fail to miss their presence. 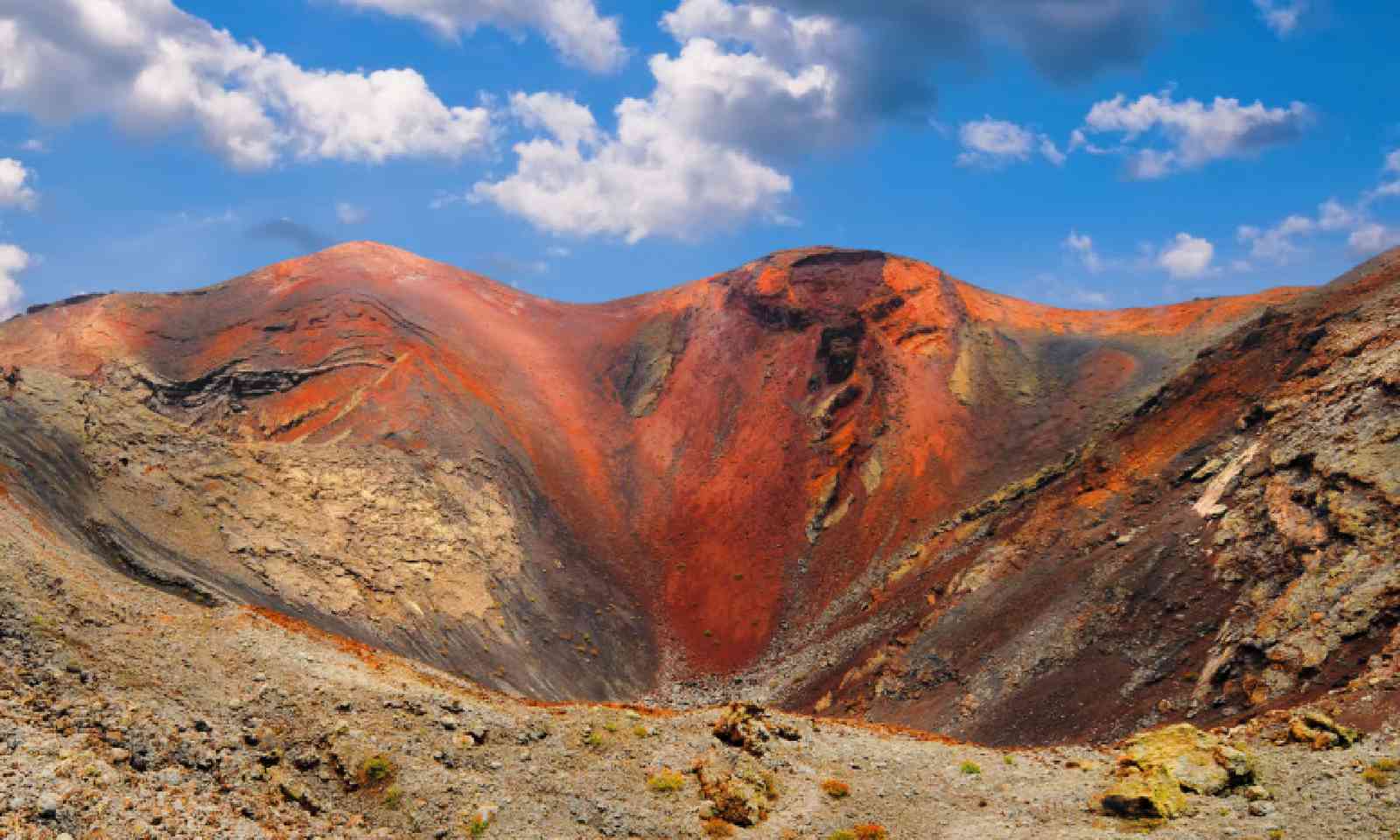 While you're there, witness the beyond-boiling temperatures that the island's single active volcano emits. Pour water into the earth and watch the ground spit it back out in the form of a geyser. Or, step into the kitchen of the National Park's only restaurant, where chefs cook on natural heat sources. 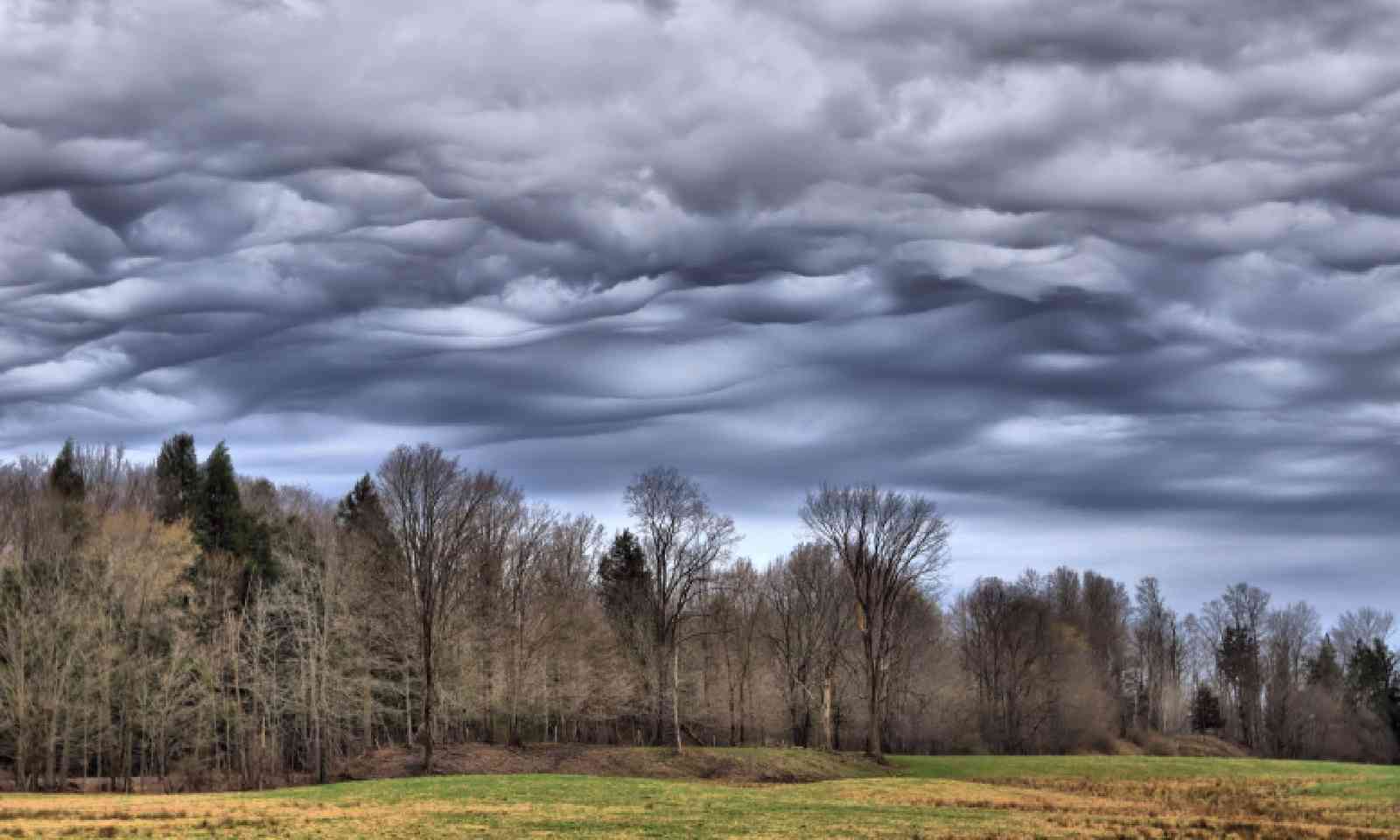 These ominous clouds are not the fluffy Mr Whippy type that you find on a mid-summer's day. In fact, they'll make you feel like you're standing on a seabed floor, gazing up at a choppy sinister ocean surface. Watch the watery-looking clouds suffocate the sun and transform the day into dusk.

The undulating asperatus is relatively new in the cloud books: the formation was classified by the World Meteorological Organisation in 1951.

The asperatus cloud, meaning 'rough' in Latin, is often found on the Great Plains of the United States around midday after a thunderstorm. 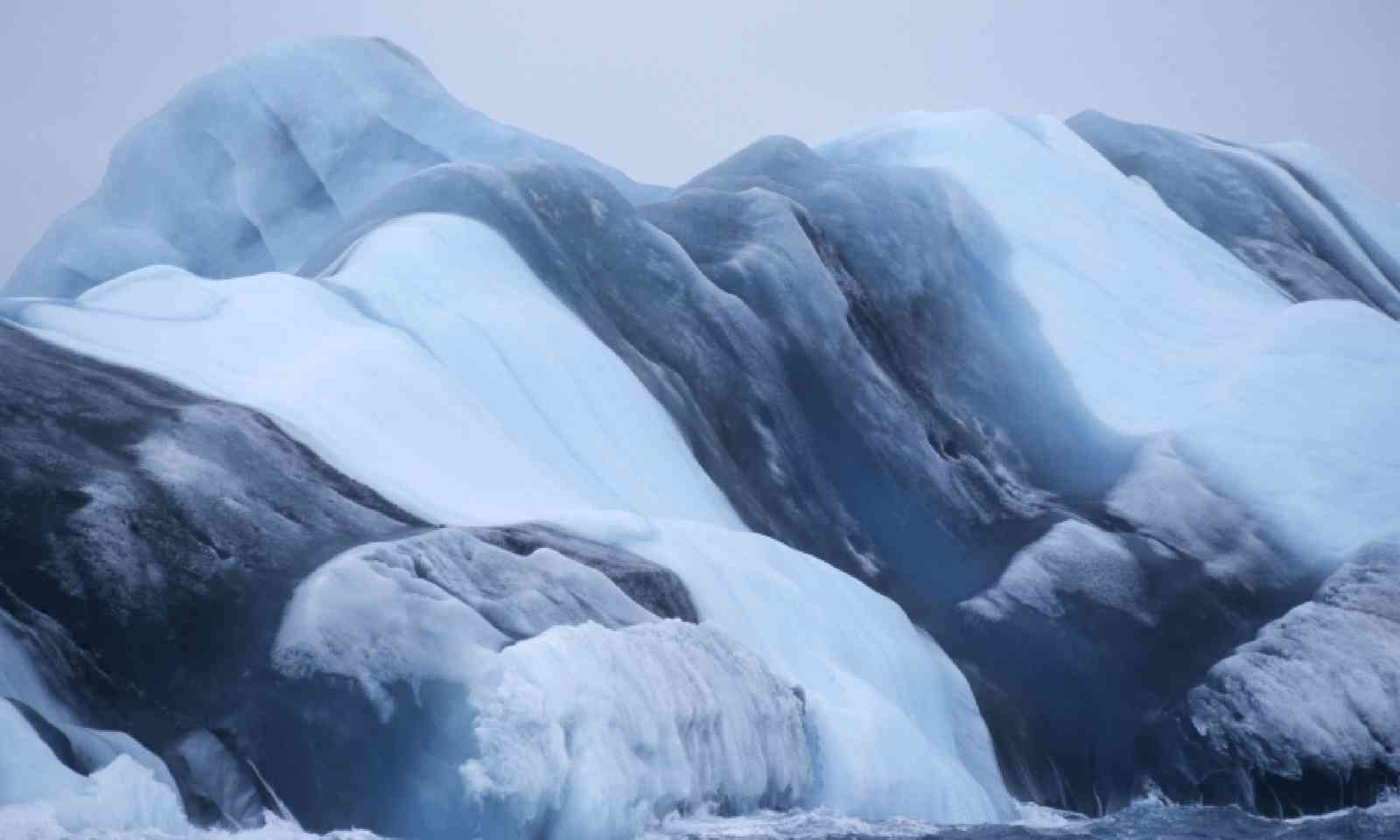 These stripey 'humbug' icebergs look akin to nature's version of Mark Rothko's stripy paintings, with their clear blue, green and brown banding. These minty-looking icebergs are formed over thousands, if not millions, of years on the icy continent of Antarctica, when soil, blown dust or volcanic ash was sandwiched between frozen water.

As the summer melting begins, they float out to sea. Marbled and alone, they float on the ocean surface. Also, keep on the look out for other icy phenomena, like the bright green jade icebergs that float ashore, 'frozen tidal waves' and blue-lined icebergs. 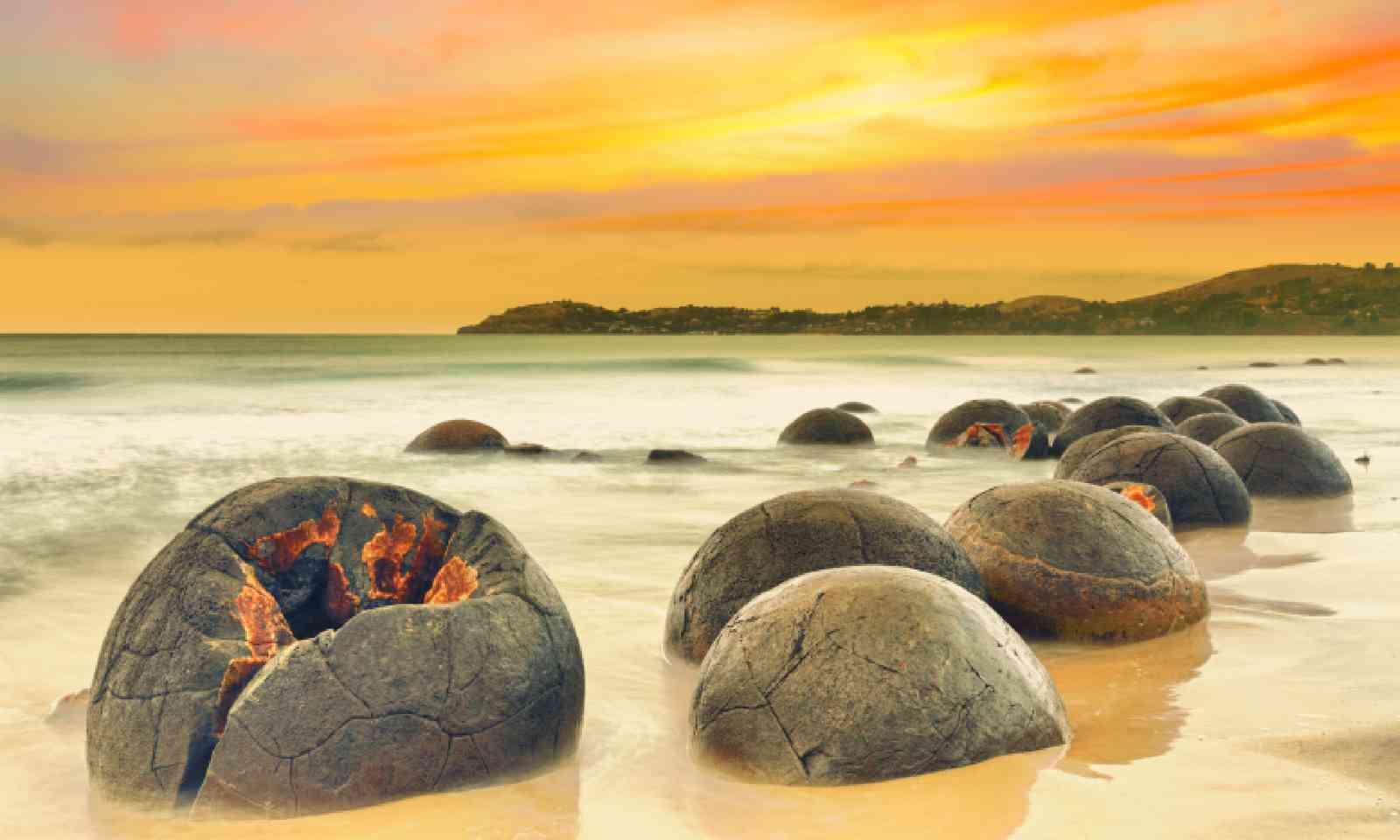 The Māori believe them to be eel baskets, others say they are hooligan's gallstones or the bowling balls of giants. Whatever these perfect spherical boulders are, they are certainly worth a look.

The giant marbles are essentially nature's version of hollowed concrete balls, forming deep under the sea in mud and clay. Incredibly, some have grown to be seven feet wide and they are believed to be at least 50 million years old.

The Moeraki boulders lie scattered across a stretch of KoeKohe Beach in New Zealand and have intrigued people for centuries. Visit them at sunset for a mystical experience. 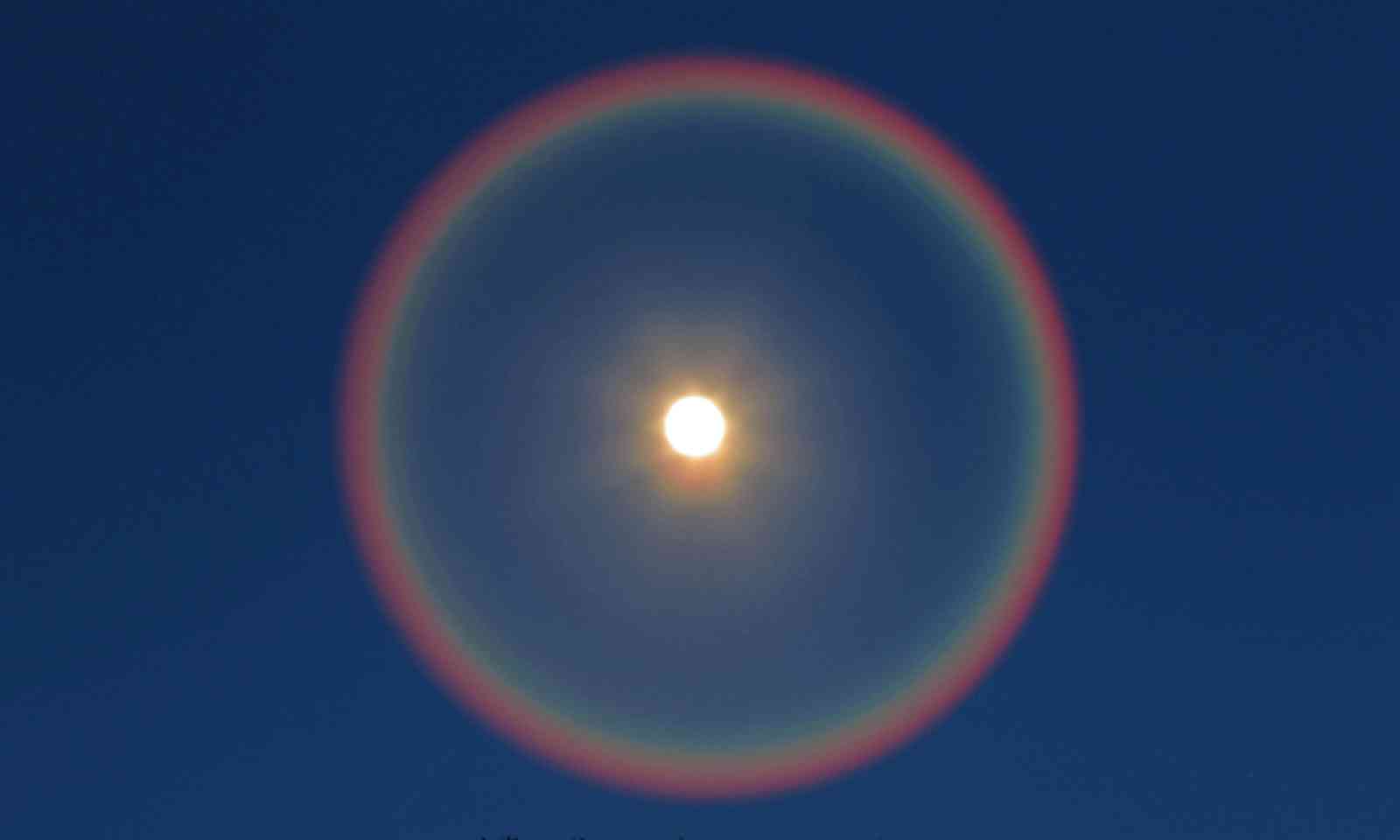 Did you know that rainbows aren't just restricted to the daytime? A recent spate of sightings have shown us that night-time rainbows, or moonbows, are possible, although rare. It not only needs to be raining but the moon has to be nearly full, no higher than 42°, and it has to be dark.

At Victoria Falls, the masses of spray puffed into the air is enough to create the illusion of rain. Because the spray is constant, only three other variables are required to form a moonbow, making your chances of seeing one that little bit more likely... 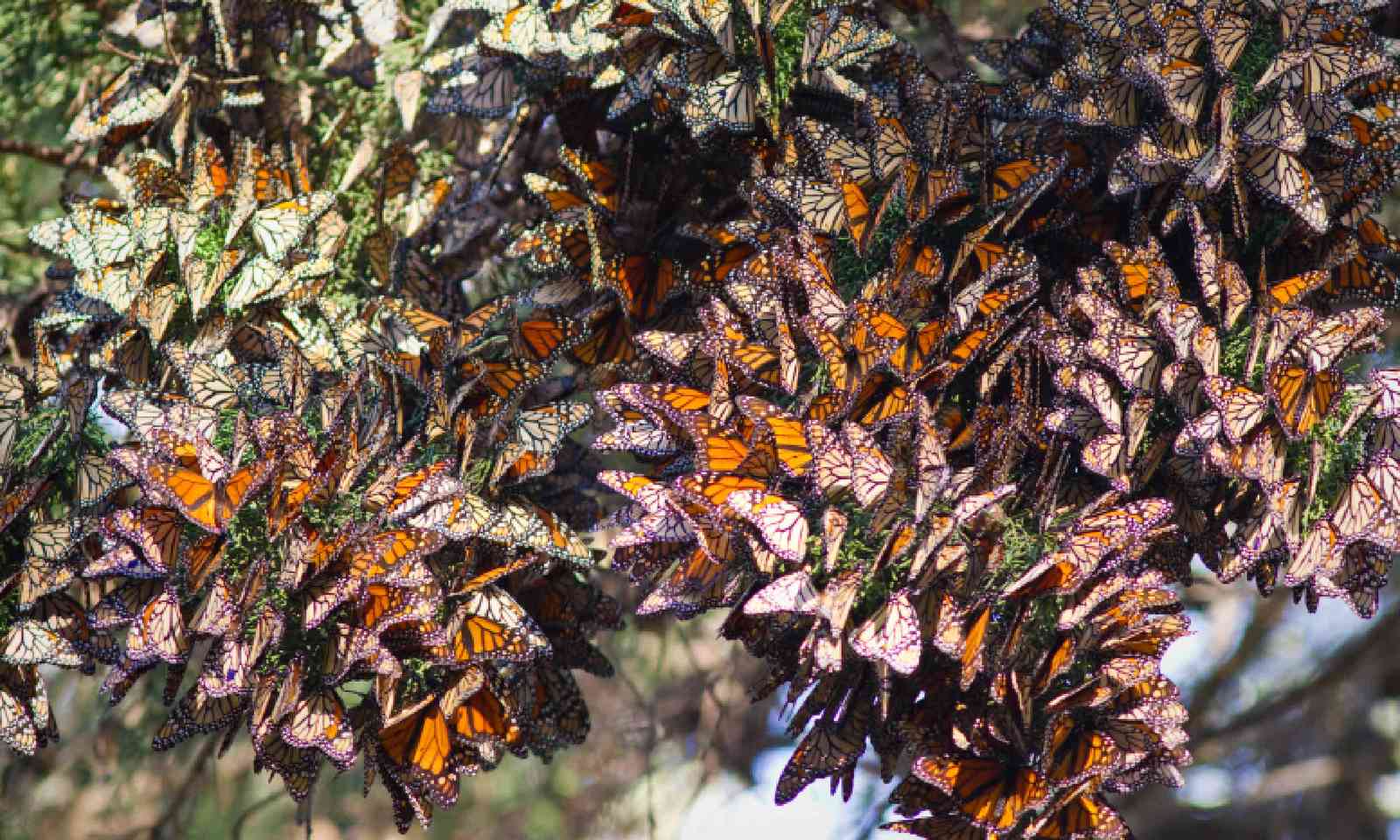 Witness one of nature's most incredible migrations at the Monarch Butterfly Biosphere Reserve, a UNESCO World Heritage Site. These dappled burnt-orange insects flock to the reserve in their millions, their beating wings creating the sound of rain pattering on a tin roof. They literally bend branches with their concerted weight and collectively create a feathery haze on every surface.

Monarchs are particularly known for their lengthy annual migration from North America to Mexico and back again. These tiny winged insects are even said to transit from Bermuda to Great Britain! No one truly understands why these creatures make such a dangerous journey.

This annual carpeting of the reserve occurs regardless of the obstacles every autumn and simply shouldn't be missed. Have you ever swum out in the sea and not been able to see the bottom? In Belize, you can float above one of the world's sharpest drop-offs, one that would make Nemo swim a mile. There's not a chance of seeing the bottom here.

The perfectly circular Great Blue Hole sits roughly 50 miles off the coast of Belize City. At over 100m deep, with little oxygen, little light, and even less marine life, it is not an everyday underwater excursion.

Dive down into the sinkhole (with an experienced guide) to swim among giant stalactites and stalagmites. It feels like travelling to the center of the Earth. While you're there, keep a close eye out for hammerhead and blacktip tiger sharks. 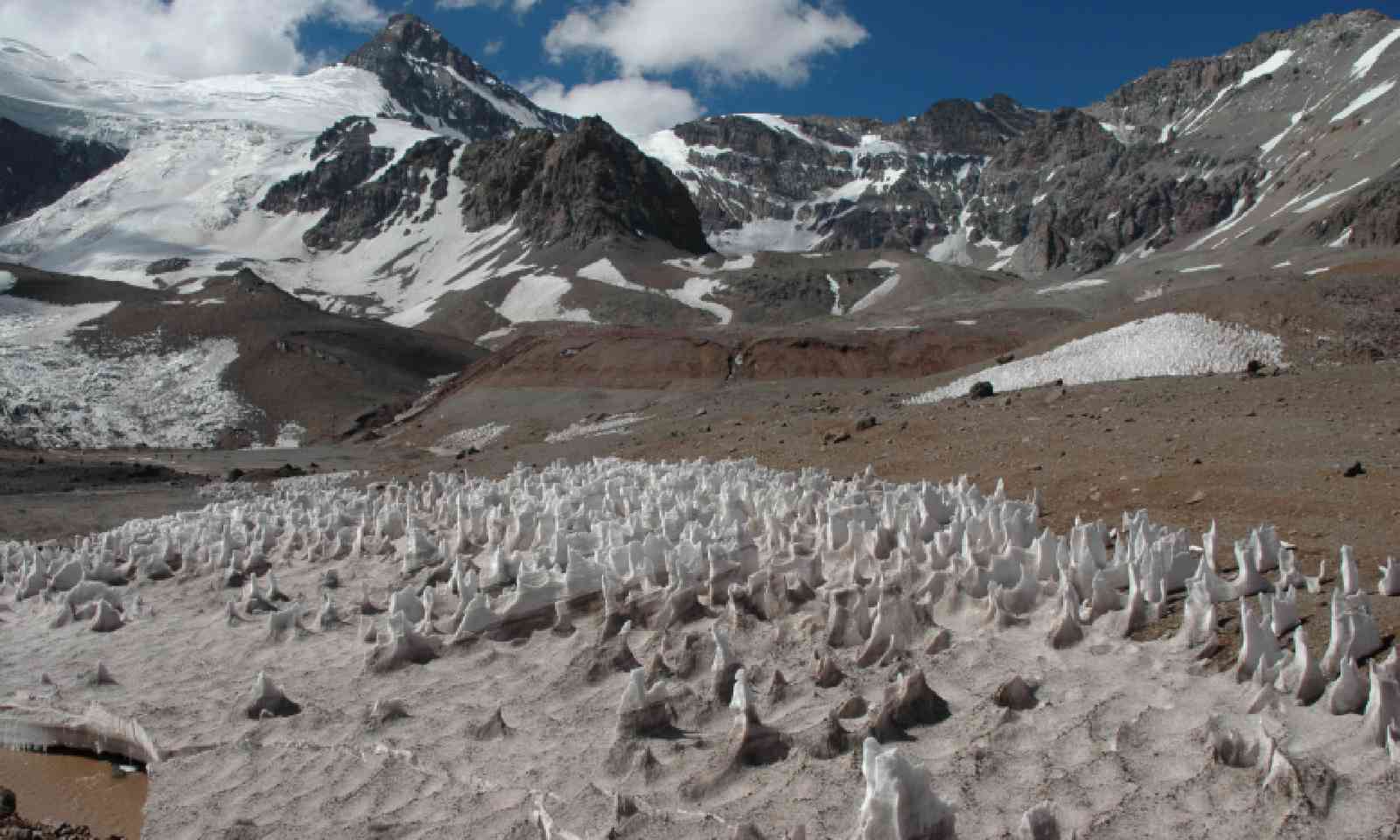 Penitentes are the Earth's ice forests: they resemble thin blades of grass, all stretching up to the sky while competing for the sun's rays. The formations contort into an icy thicket of daggers reaching as high as 4m, and they are said to look like an assembly of white-robed monks.

Charles Darwin first brought these intriguing ice formations to the world's attention. He squeezed through the penitentes on an expedition from Santiago de Chile to Mendoza in Argentina in March 1835, and described them on his return in 1839.

Penitentes can be found in the Dry Andes above 4,000m between Chile and Argentina. Be sure to stop off at the Perito Moreno glacier for some spectacular ice ruptures.