10 things you must do in South Australia

How to make the most of South Australia’s city life, rugged Outback and idyllic coastline – before the rest of the world catches on

Sure, Sydney has its harbour and Melbourne has its café scene. But if you’re looking for a city that offers world-class food, a vibrant cultural scene, amazing beaches and parks in a compact, crowd-free package then look no further than Adelaide. 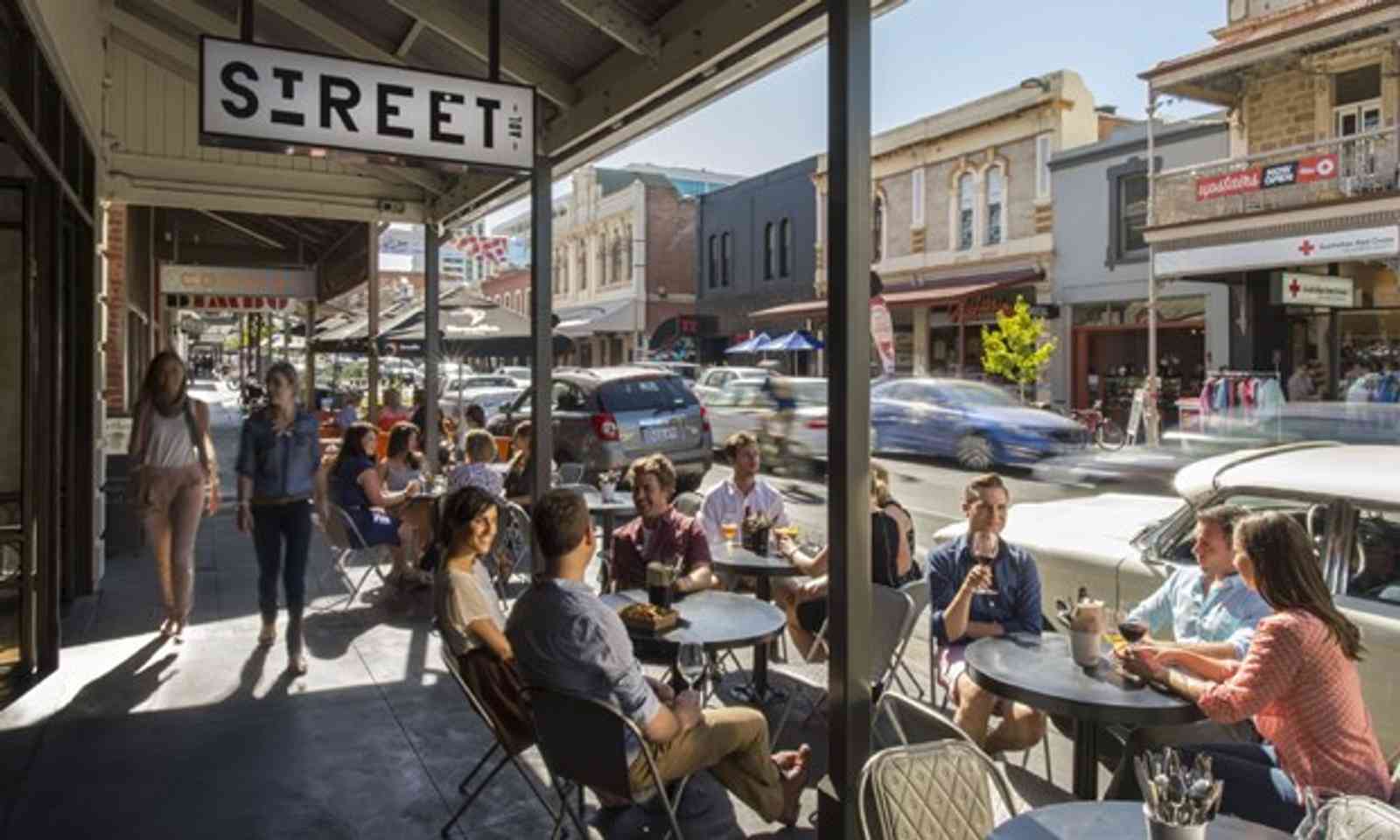 Street food is huge in Adelaide – you can try South American fusion street food, Cambodian Phat Buddha Rolls, and everything else in between. There’s an abundance of galleries and museums and the Adelaide Fringe and Adelaide Festival of Arts showcase some of the biggest artists in the world. Empty beaches and vast parks are but a short bike ride away.

As Australia’s wine capital, it’s only natural that Adelaide would be home to the National Wine Centre of Australia. The centre’s excellent ‘Wined Bar’ is like nowhere else in the world: it boasts 120 varieties from across the country (including super premium wines) in its tasting room, and staff are on-hand to help you find your perfect tipple. Adelaide truly has it all.


2. Hop across to Kangaroo Island

With an array of wildlife, a thriving local food and drink scene, and crystalline beaches lapped with blue waters, Kangaroo Island is paradise in itself. At just over 150km from end to end, this small landmass is packed with activities and incredible wildlife, so it’s worth visiting for a few days to experience as much as possible. 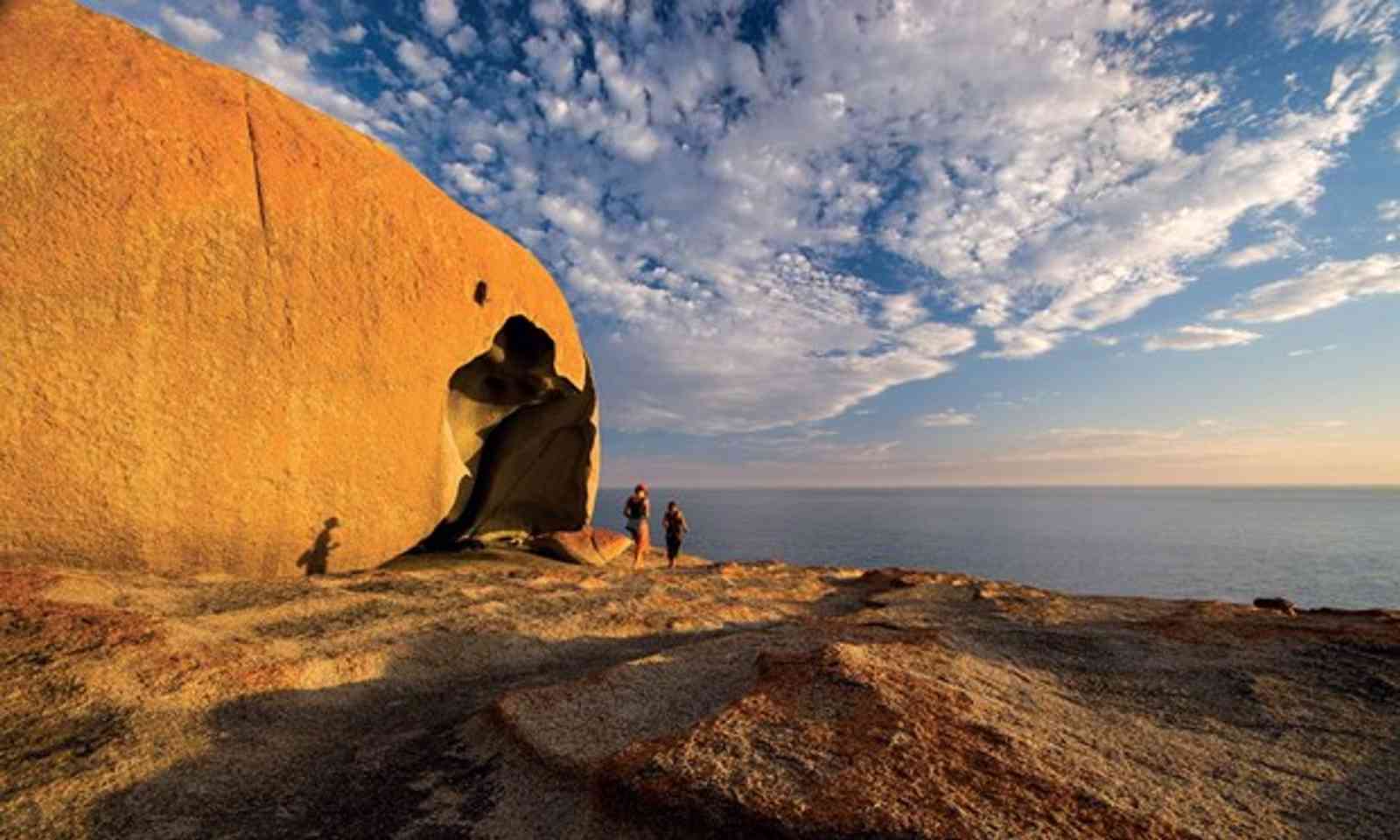 Sample the island’s artisan food (don’t miss the seafood picked from the ocean and honey straight from the hive), sandboard down Little Sahara sand dunes, and get up-close to a colony of sunbathing sea lions at Seal Bay.

Australia has two great coast-to-coast rail journeys: the Indian Pacific, which travels between Sydney and Perth, and The Ghan, which rolls in style all the way from Adelaide to Darwin.

Work first began on The Ghan line rail link between the two cities in 1877, but it wasn’t until as recently as 2004 that it was finally finished. In a nod to the endless expanse of outback it passes through, the service takes its name from the Afghan cameleers who came to the Australian desert in the 19th century. 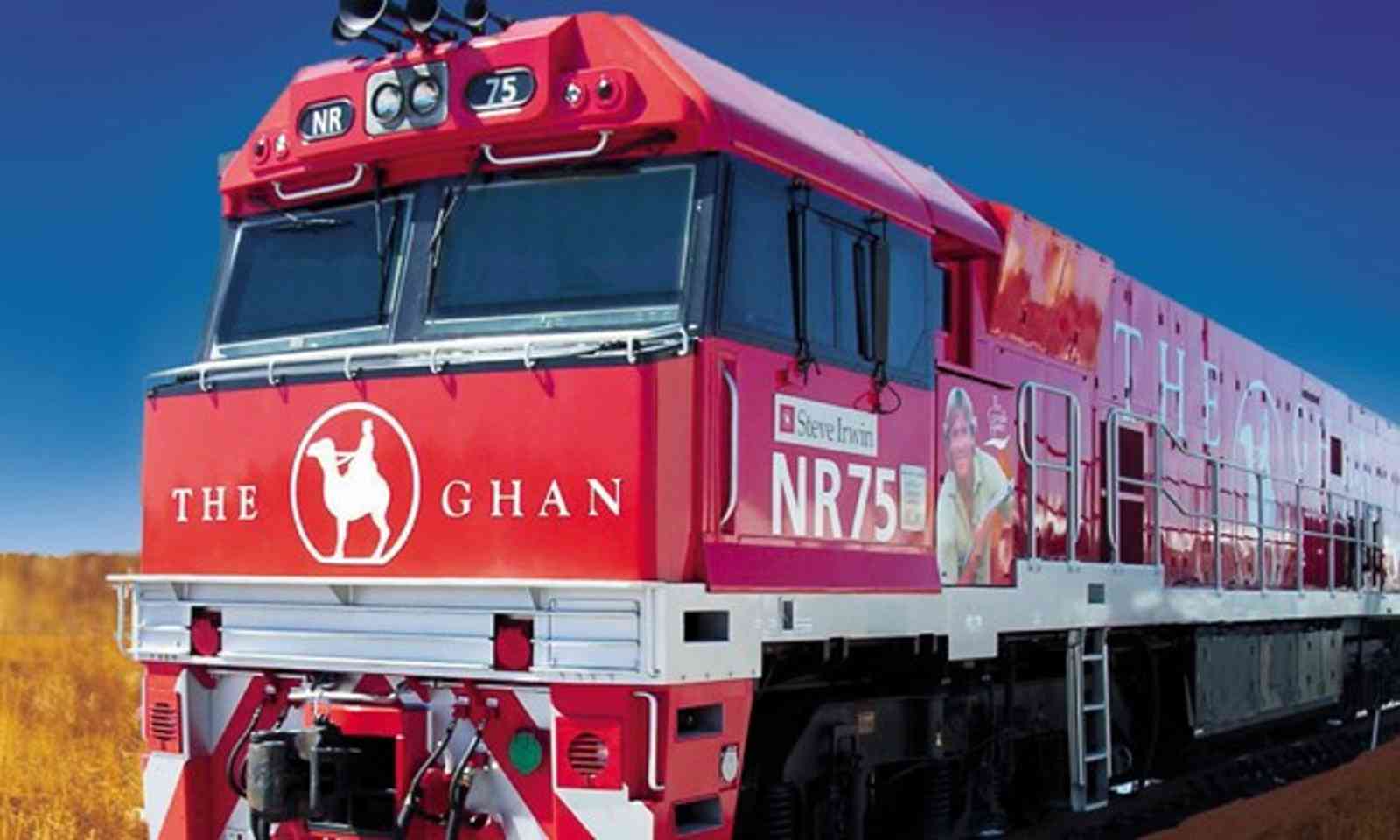 For a real treat, book yourself one of the upmarket private cabins. The ticket cost covers the gourmet food and wine on board, as well as tours en route in both Alice Springs and Katherine. Between August and October join the ‘Ghan Expedition’ which also includes touring in the outback opal mining town of Coober Pedy.

Most of the world’s opals are mined in Coober Pedy and such is the heat that half of the population live underground. Underground bars, restaurants and hotels offer ways to experience the town’s unorthodox way of life for yourself. 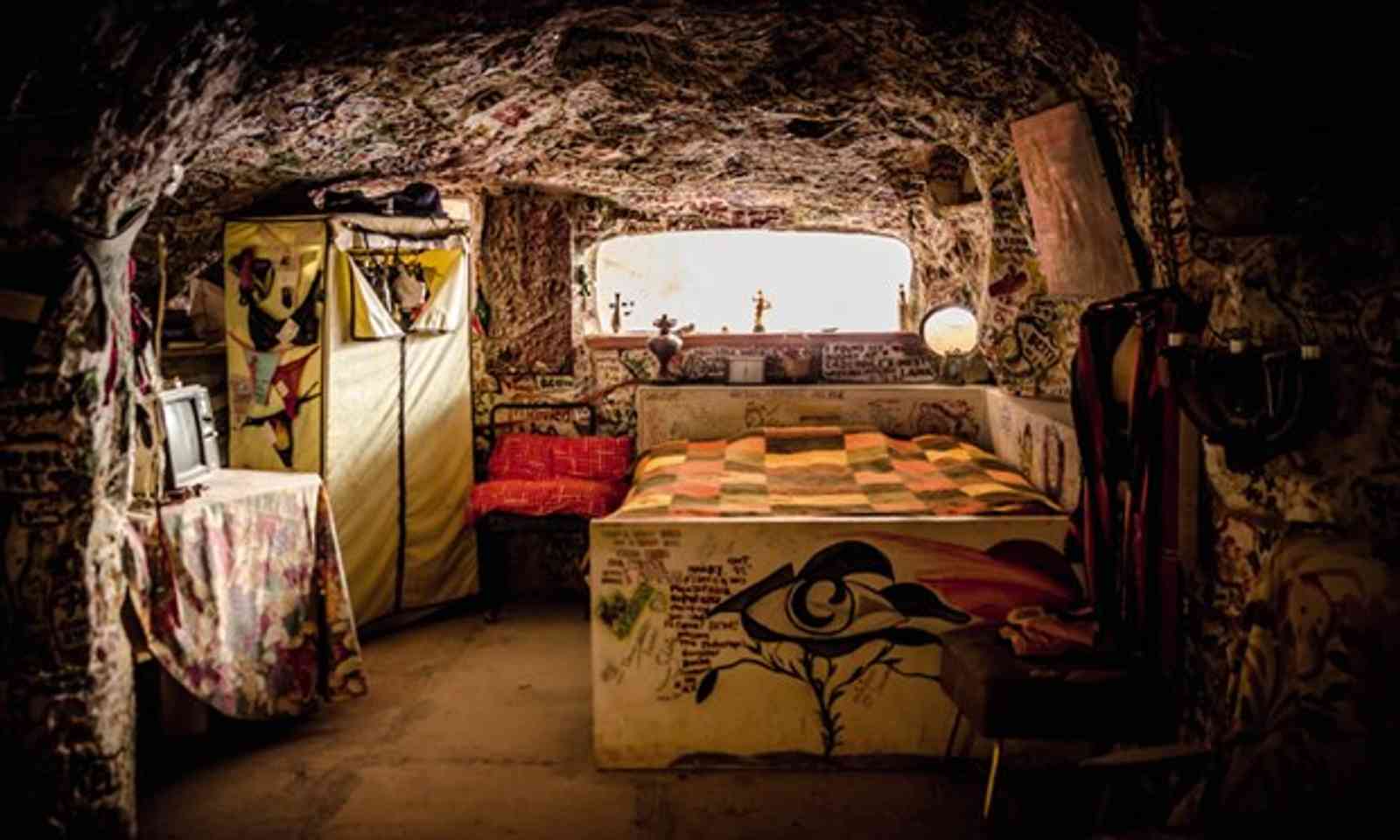 You might also strike it lucky. In Coober Pedy you can learn all about opal mining in the region, and even try out some ‘fossicking’ for yourself.  That’s your trip paid for then!

South Australia’s Epicurean Way  lives up to its name by linking together some of the state’s best fresh produce – and, of course, its wine. The route takes in the area’s main wine regions (namely Barossa Valley, Adelaide Hills, McLaren Vale and Clare Valley) and can be easily accomplished from Adelaide. 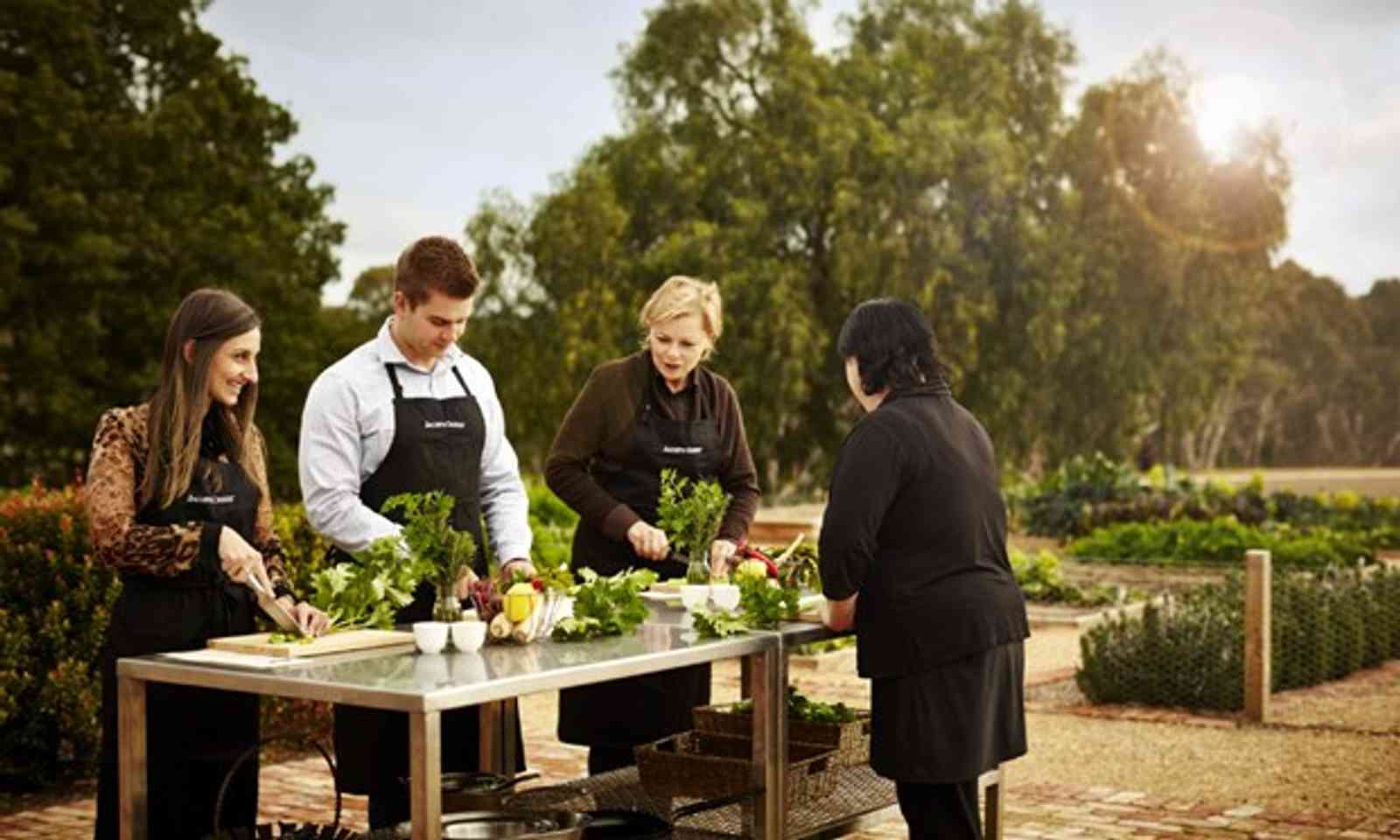 Highlights along the way include cheesemakers, farm shops, craft brewers, chocolatiers, cellar doors and seafood restaurants. Don’t miss the Seppeltsfield Winery, which dates back as far as 1851, and a further tip is to call in at Skillogalee, a Clare Valley vineyard with an excellent restaurant: the changing menu might feature anything from Spencer Gulf prawns to Kangaroo Island halloumi.

The Flinders Range is 540 million years old and the largest mountain range in South Australia. Rugged red peaks dominate the landscape, and the arid ground is punctuated with tufts of dry bushes and trees. 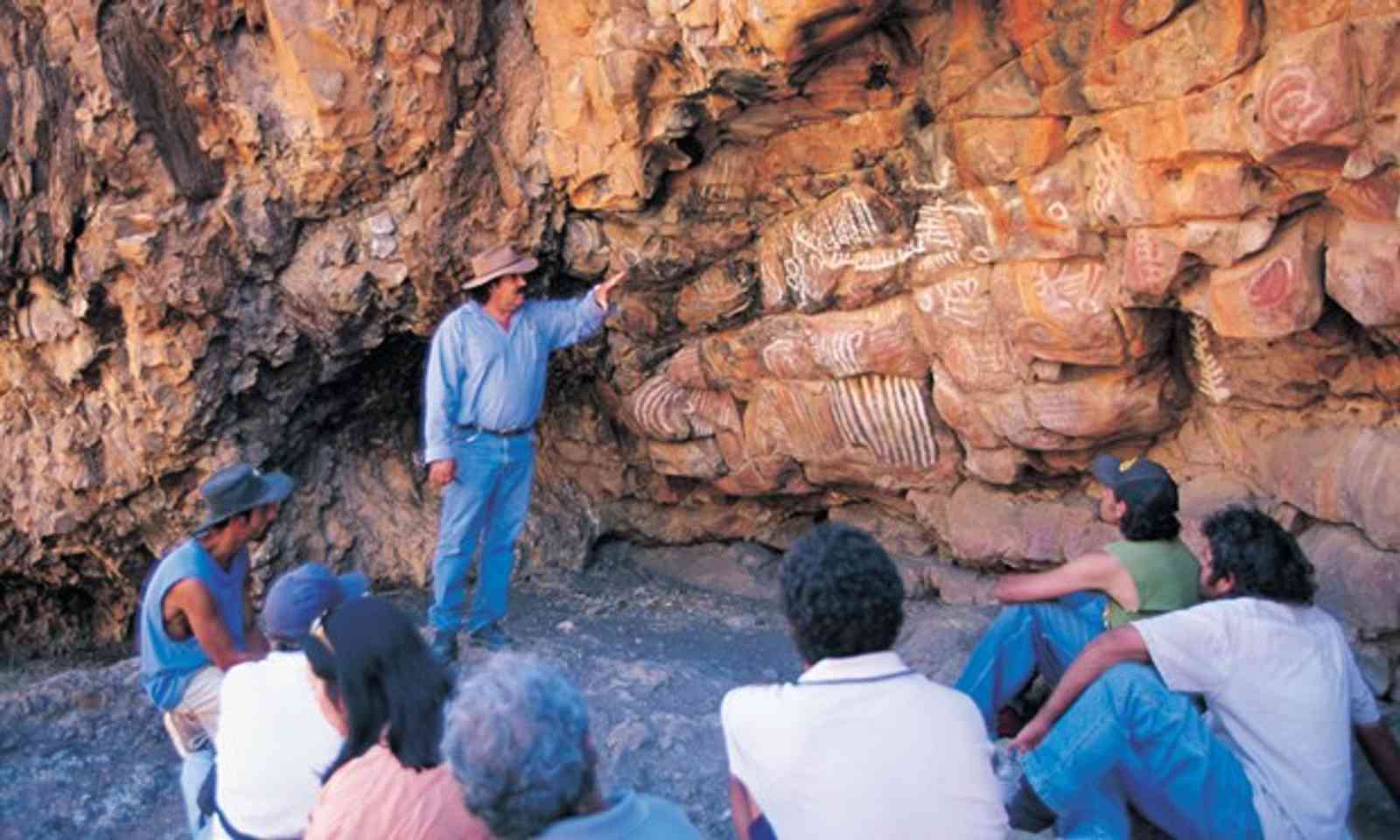 One of the best ways to discover this scenery is from the viewpoint of the people that know it best – Aboriginals. Take a tour with an Aboriginal guide to connect with the deeply spiritual significance of the Flinders Ranges, unearthing the ancient stories and artwork of the region along the way.

The Neptune Islands, off the coast of South Australia’s Eyre Peninsula, are famous for the beasts that lie beyond their shores: great white sharks. A few companies in the area run cage diving experiences, where you can come eye-to-eye with these magnificent creatures. 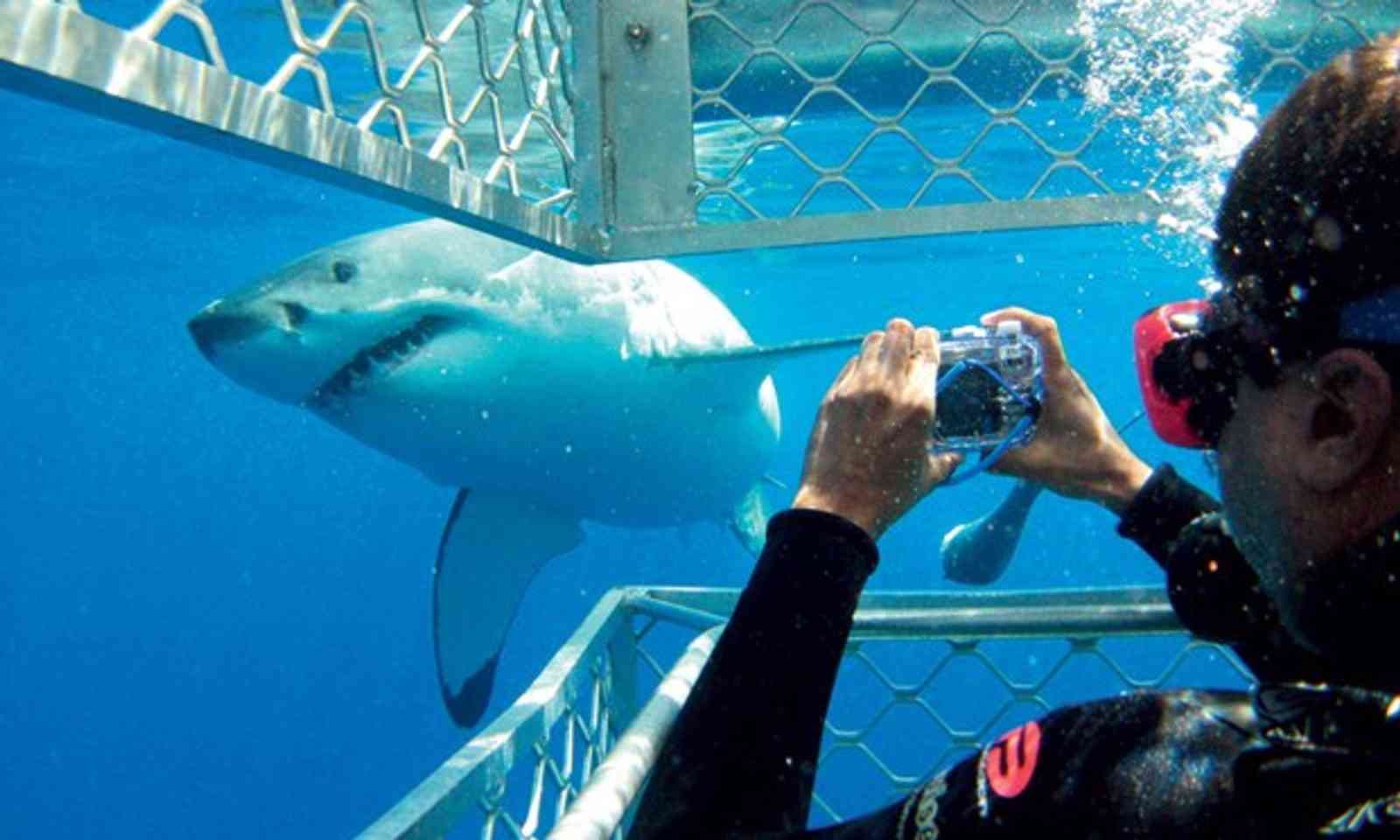 Up close and personal with a great white shark (SATC)

The pure waters around the Neptune Islands make them to the perfect (and only!) place in Australia to meet great white sharks. There’s a strong emphasis on conservation too.

8. Explore the outback. Drink with a local.

If you’re going to experience the outback, you may as well do it properly. The Explorers Way runs all the way from Adelaide up to Darwin in the Northern Territory – covering over 3,000 kilometres of jaw-dropping scenery. The 620-kilometre Oodnadatta Track is a little shorter and runs between the remote towns of Marree and Marla in the desert north of South Australia. 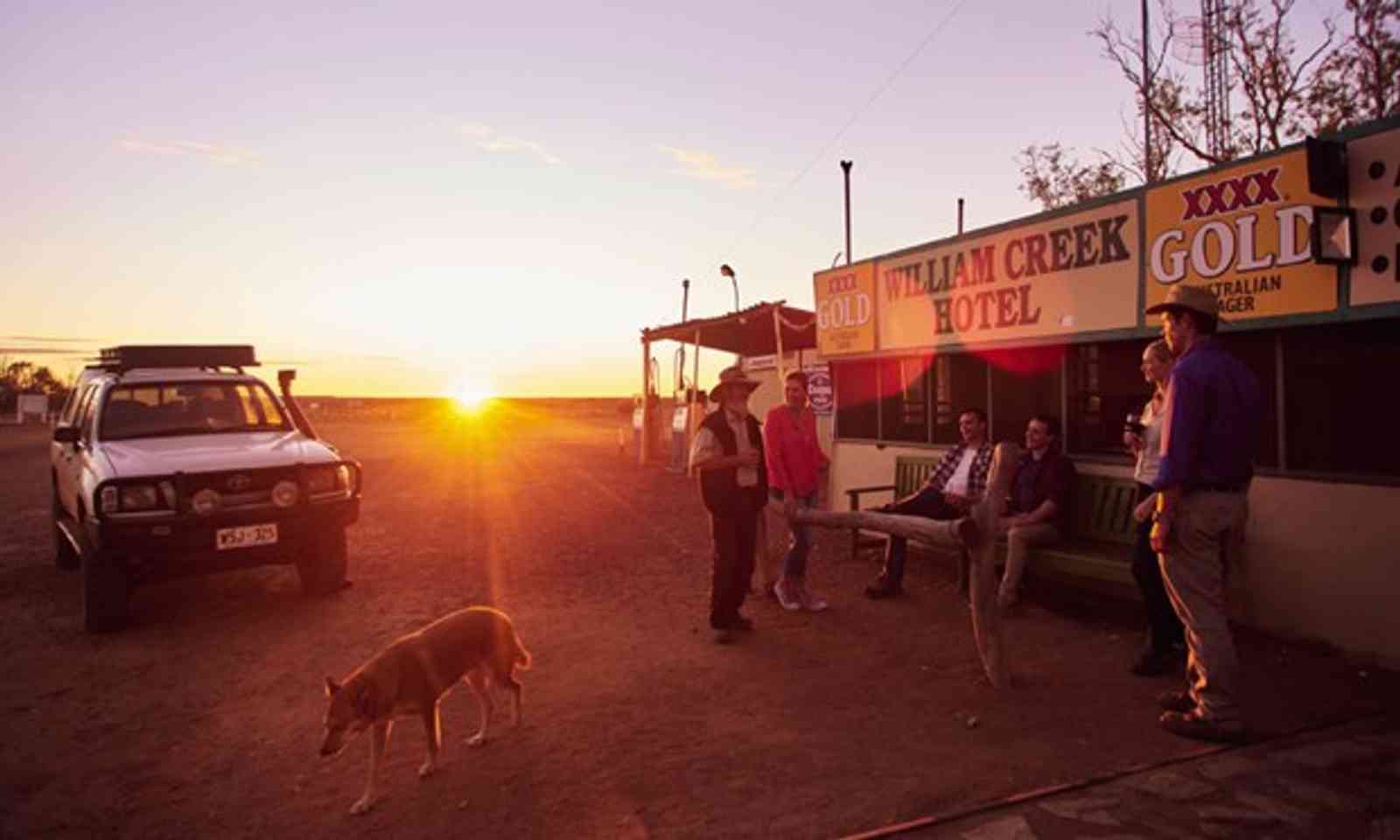 Some standard vehicles can make the journey, but you’re highly advised to use a 4WD. There are various points of interest along the way (including fuel stops in both William Creek and the settlement of Oodnadatta itself), and it’s well worth taking a short detour to see Lake Eyre, an enormous but almost permanently dry, salt-encrusted lake marking the lowest natural point in Australia.

Take the time to knock back a stubbie or two with the locals at an iconic outback watering hole like the Prairie Hotel in Parachilna.  Set on the edges of the Flinders Ranges since 1876,  you can chat to fourth-generation locals and try some native cuisine such as kangaroo mettwurst, emu pate or camel sirloin, all washed down with the hotel’s home-brewed ‘Fargher Lager’.


9. Soak up the Murray River on a houseboat

From its mountain source on the border between New South Wales and Victoria, Australia’s largest river flows westwards for more than 2,500 kilometres. By the time it reaches South Australia – where it flows for 300 kilometres down to the Southern Ocean – it’s an impressive sight, thanks partly to the orchards and vineyards close to its banks. Mark Twain called it “Australia’s Mississippi”. 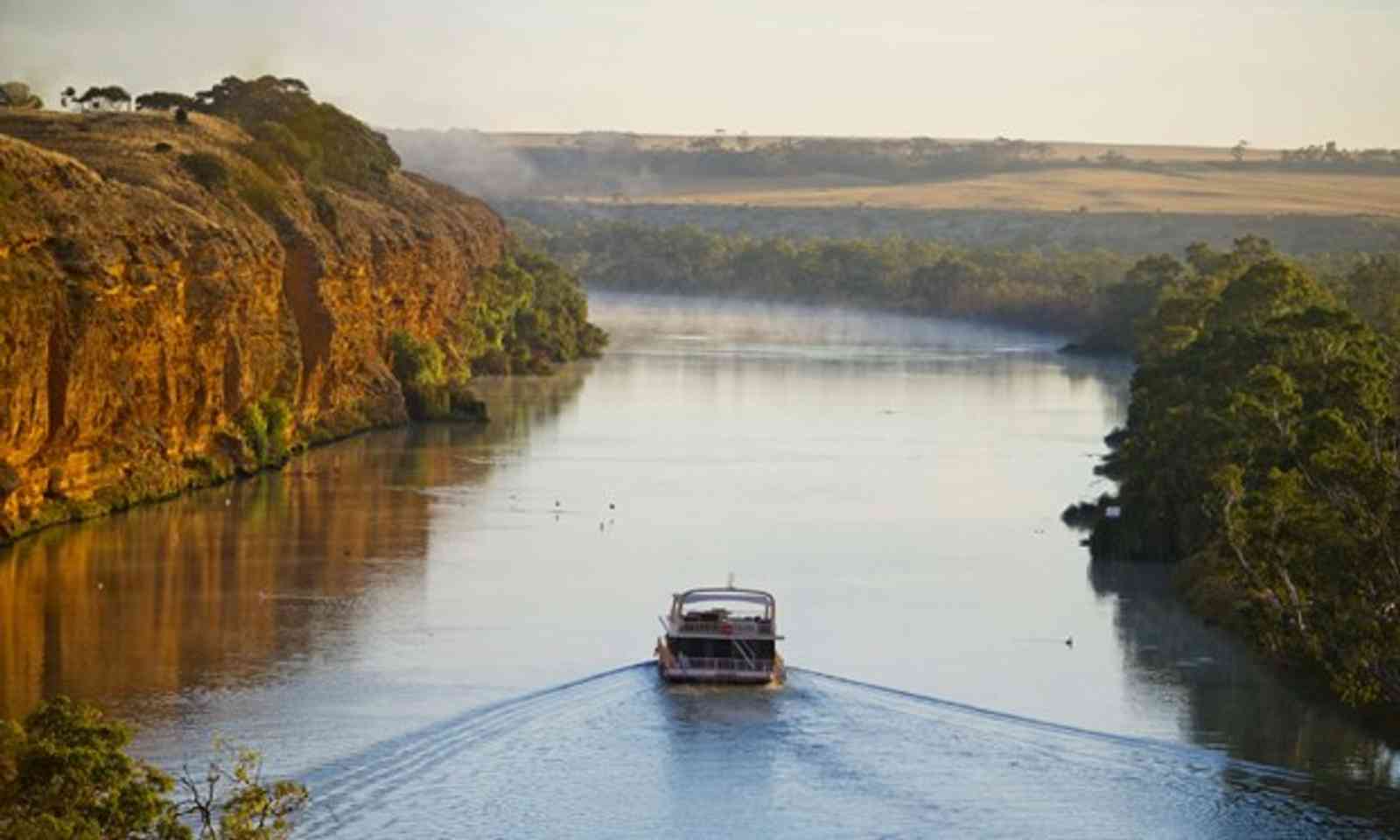 There are various ways of enjoying the river itself – kayaks and pleasure-cruising paddle-steamers among them – but nothing quite compares to renting your own houseboat and sailing along at your own pace. You’ll need nothing more stringent than a driving license, and the vessels themselves range from 2- to 12-berth in size. Costs fluctuate according to the season.

It’s the climate and terrain of the Barossa Valley that make the area so well suited to wine-making – and precisely the same two traits that make it an enjoyable region to cycle through.

There are various trails on offer, but two in particular are worth highlighting. The first is a relatively short ride, the picturesque 27-kilometre stretch known as the Jack Bobridge Track. It runs close to the North Para River and travels between Tanunda and Gawler, giving options to call in at wineries (including Jacob’s Creek). 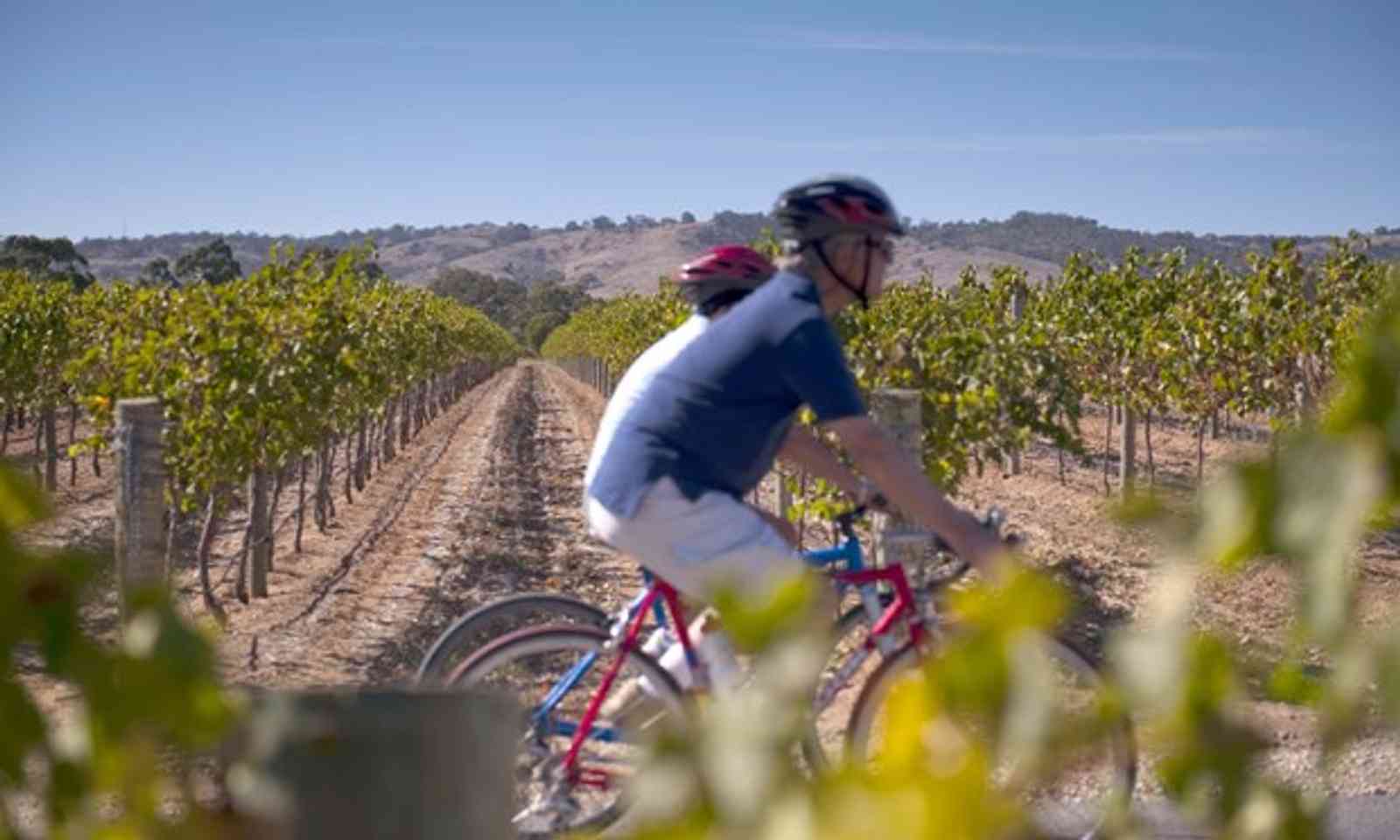 Cycling through the vineyards (SATC)

Stepping things up a level, meanwhile, is the far longer Kidman Trail. A multi-use track spooling out for 269 kilometres and suitable too for horse-riding and hiking, it also gives the chance to pedal through the Clare Valley and Adelaide Hills regions. Bike hire is widely available across the district.