They might not have big time name recognition like Niagara or Victoria Falls, but these stunning waterfalls still deliver the wow factor - and without the crowds 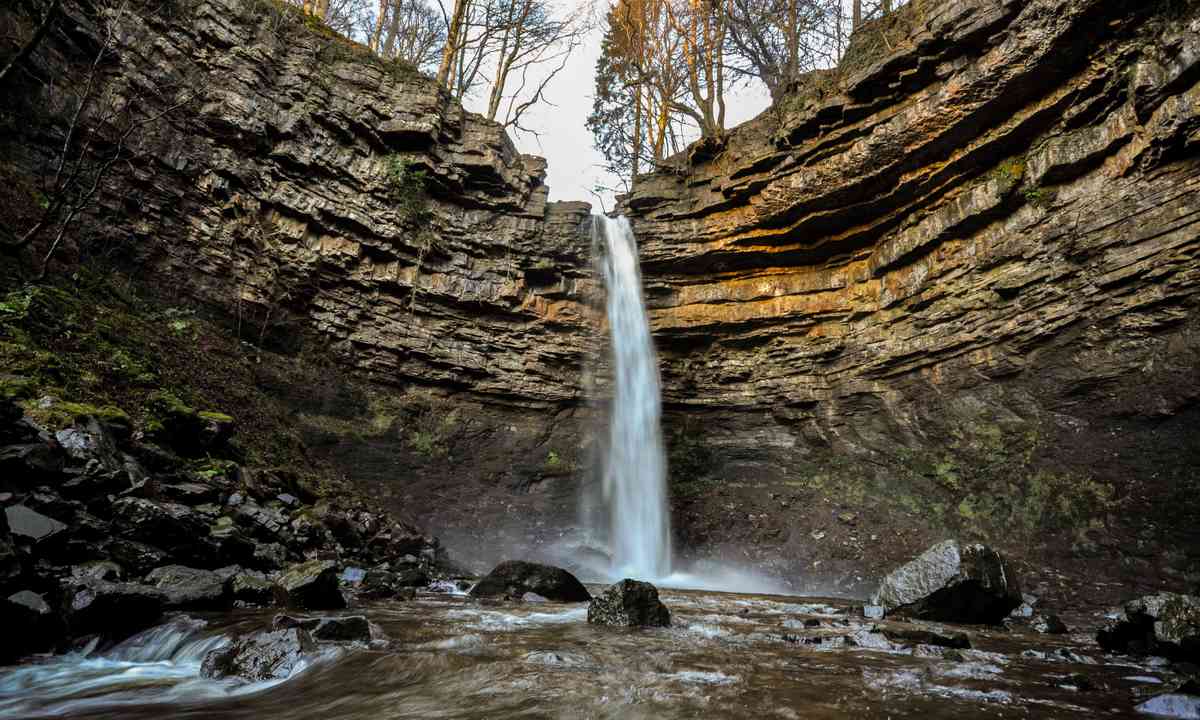 Hardraw Force is a waterfall on the Hardraw Beck in Hardraw Scar, a wooded ravine just outside the hamlet of Hardraw in the Yorkshire Dales.

It's the largest single drop waterfall in the UK, and is reached by walking through the Green Dragon, a country inn dating from the 13th Century.

Hardraw Force also featured in Kevin Costner’s Robin Hood - Prince of Thieves, in a scene where Maid Marian spies Robin bathing underneath it. 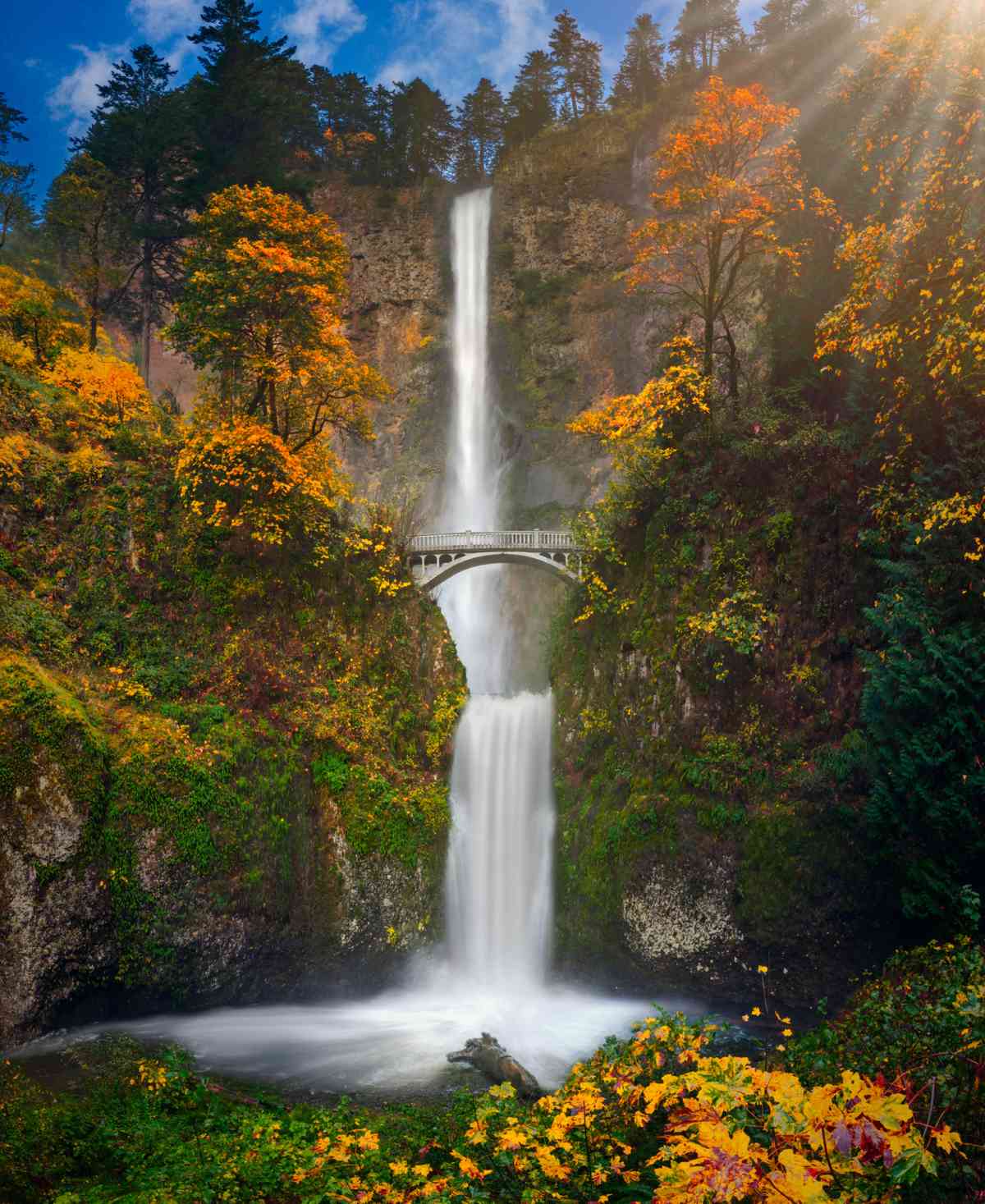 Multnomah Falls. In the Fall. (Dreamstime)

Multnomah Falls is a waterfall on the Oregon side of the Columbia River Gorge that flows all year and drops over two tiers.

For a fully immersive experience, follow the trail to Benson Bridge, which spans the falls at the first tier's misty base. From here you have a perfect view of the top tier's full 542-foot height, as well as the second tier's 69-foot drop below. 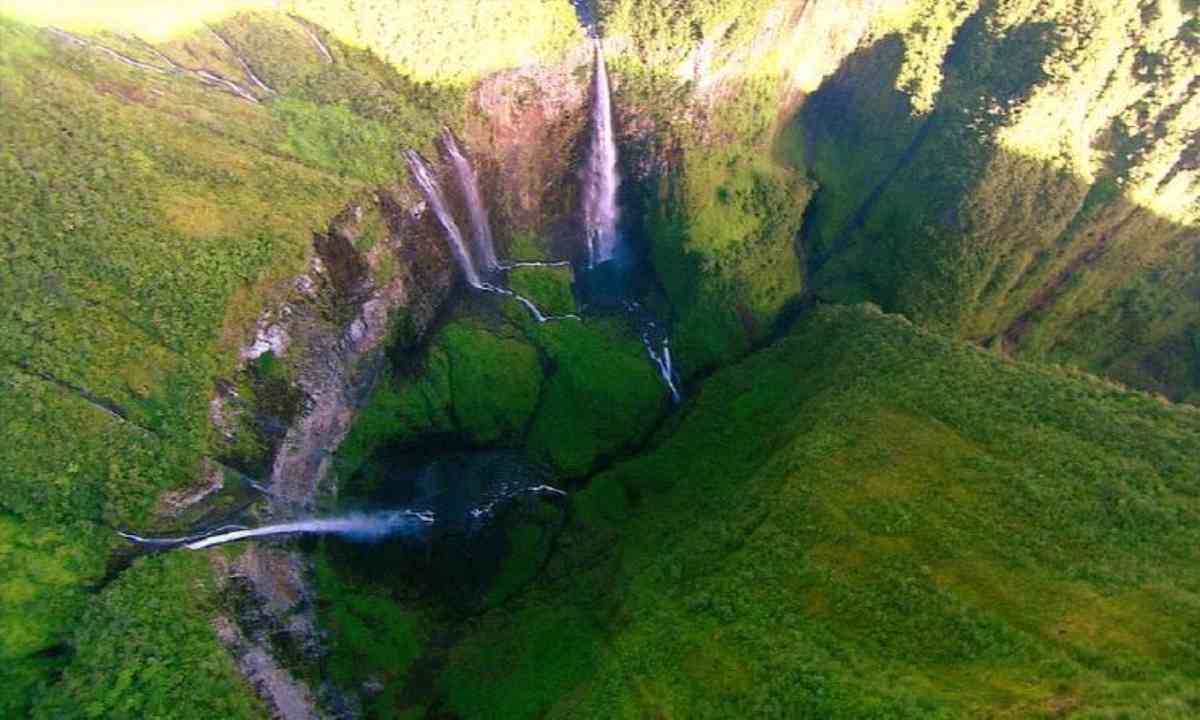 The Trou de Fer ('Iron Hole') is a canyon on Réunion Island in the Indian Ocean, carved by the Bras de Caverne River, fed by six waterfalls streaming over the cliffs above it.

It's best experienced by helicopter, where your pilot will navigate through the gorge to the face of the main waterfall before corkscrewing to the top for a spectacular view of all six from above. 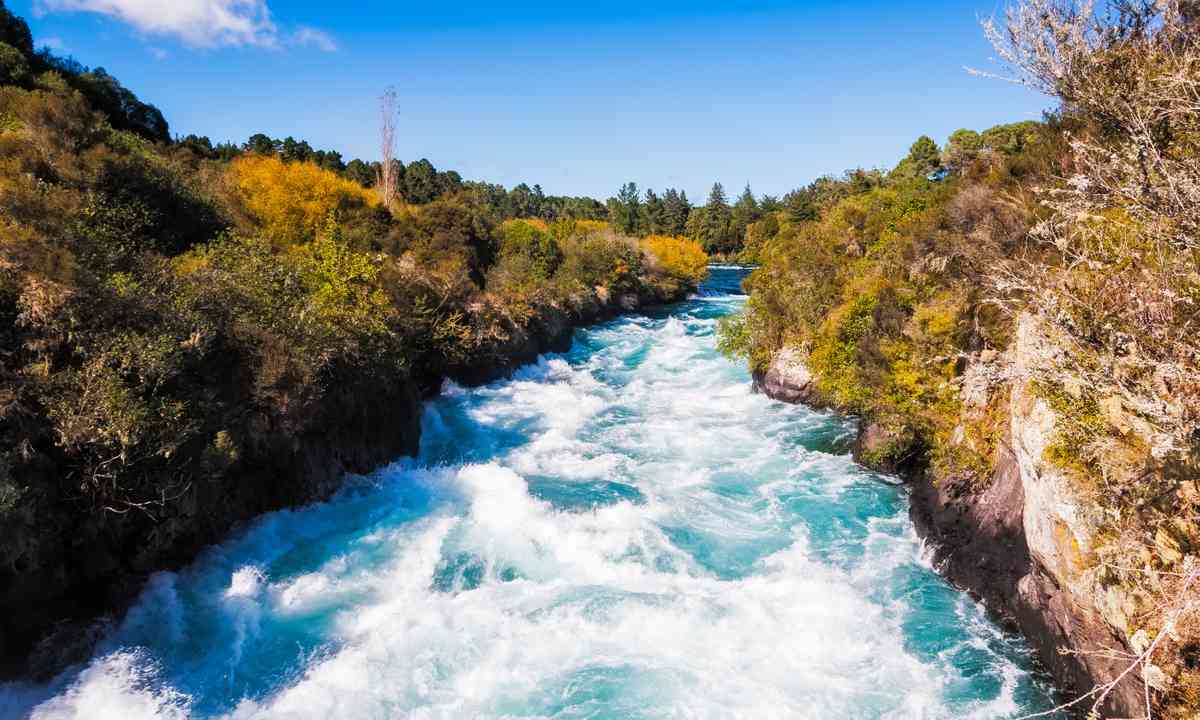 The Huka Falls are a set of waterfalls on the Waikato River, where the river narrows from 100 metres wide into a canyon only 15 metres across.

The glacial blue waters churn dramatically through the gorge, dropping 11 metres along the way, before dumping 220,000 litres per second into Lake Taupo. It's one of New Zealand’s most spectacular sights. 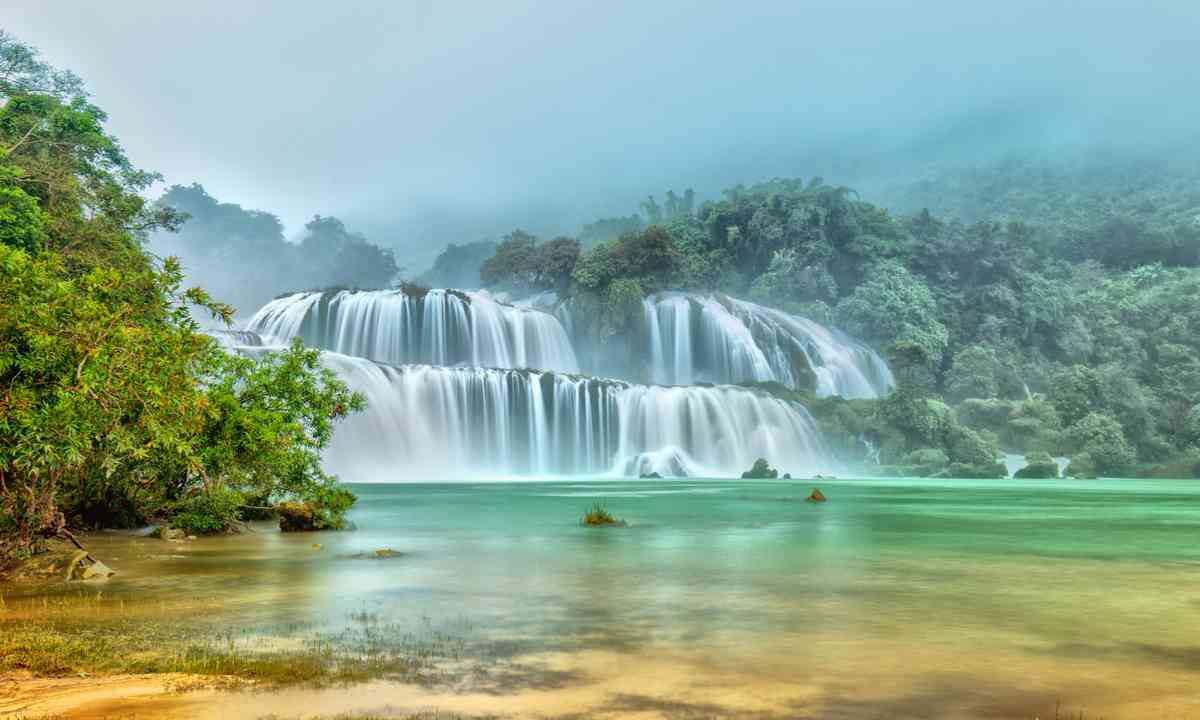 Like their better known cousins, Niagra and Igauzu, the Ban Gioc-Detian Falls form an international border, in this case, between China and Vietnam.

Picturesquely set against limestone karst peaks, the falls cascade over a three-tiered cliff, separating into three falls. At 200 metres wide and 70 metres high, Ban Gioc-Detian Falls are the largest waterfall in Asia. 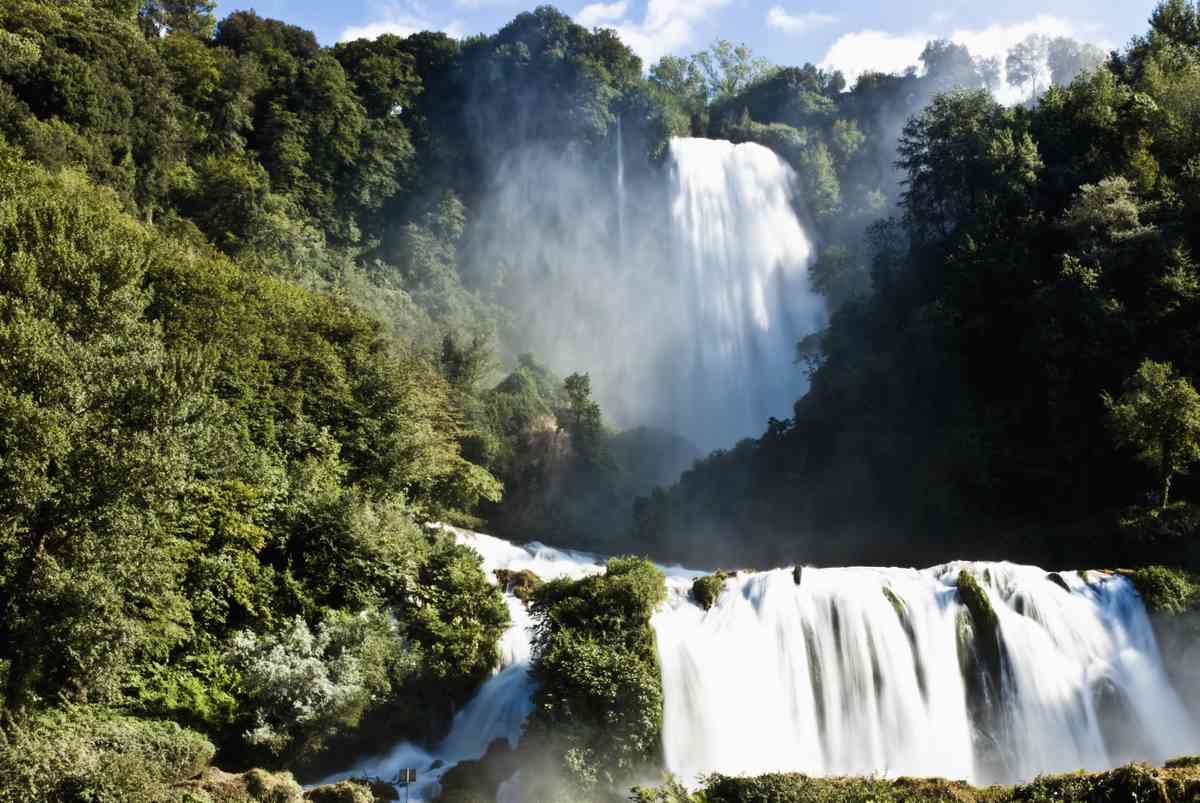 The Cascata delle Marmore is a man-made waterfall in Umbria, created by the ancient Romans to divert water from wetlands where malaria was rife.

At 165 metres in height, it's one of the tallest in Italy and the tallest man-made waterfall in Europe.

This being Italy, there’s a ‘Lover’s Balcony’, tucked behind the first drop of the falls. The curtain of water is meant to symbolise a bridal veil. Wearing a raincoat here is strongly recommended. 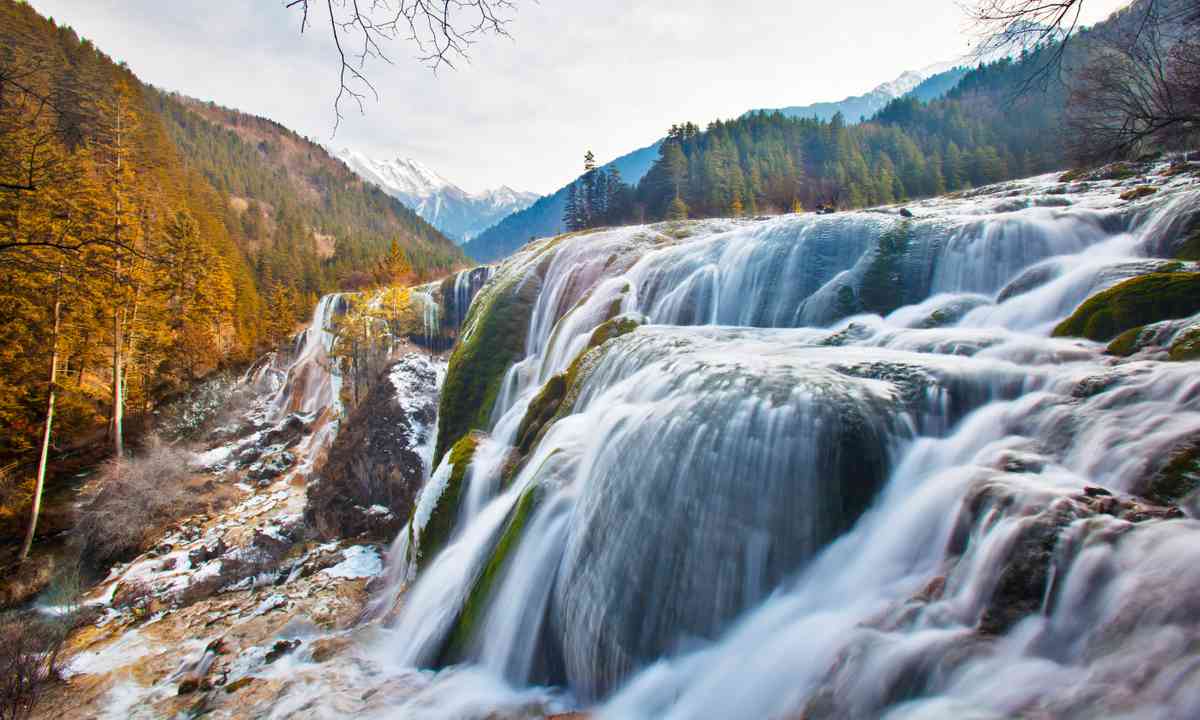 Situated on one of the tributaries of the Bailong Jiang river in northern Sichuan Province, the Pearl Shoal waterfall is regarded as the most beautiful in Jiuzhaigou Valley National Park.

It gets its name from the pearly droplets of water it creates as it cascades down the shoal towards the fall. For the best view, follow the wooden boardwalk that runs across the shoal and down one side to the foot of the falls. 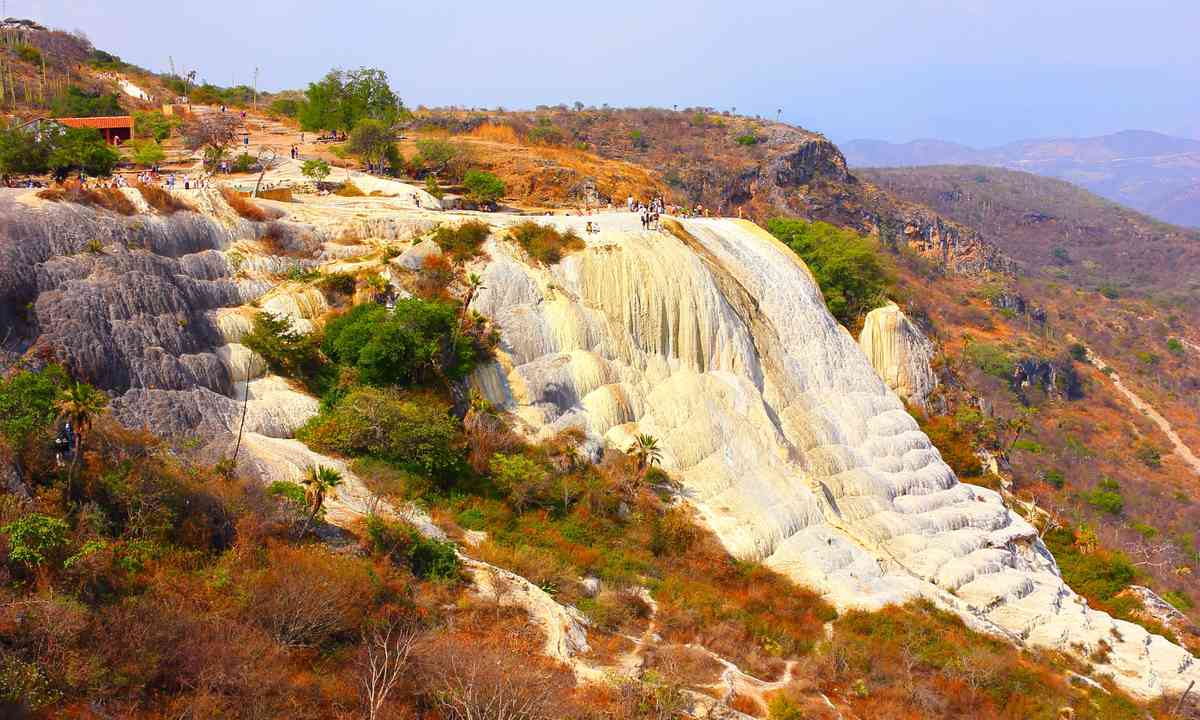 This is not a waterfall as such, but rather a natural rock formation that resembles cascades of water.

The petrified waterfall of Hievre el Agua has been formed over the millennia in the same manner as stalactites in caves, and as with all good waterfalls, there are two large natural pools for swimming. But here, 70 kilometres east of Oaxaca, there’s no danger of being swept over the edge. 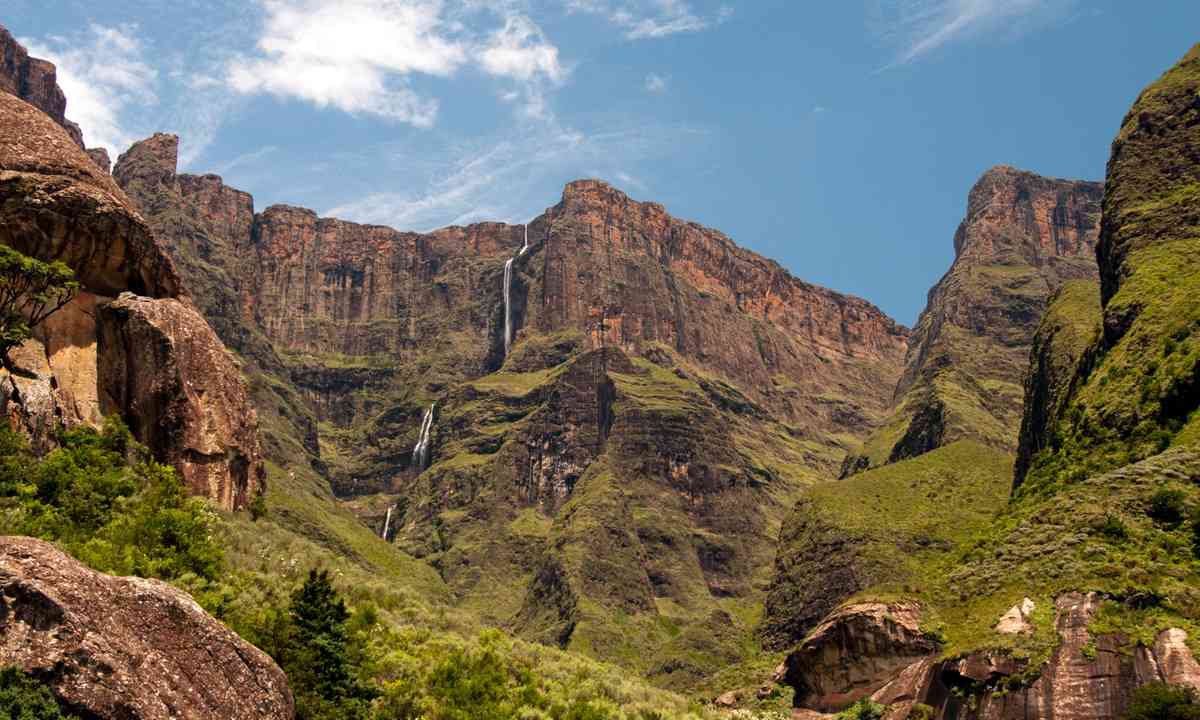 High in the spectacular Drakensberg Mountains of KwaZulu-Natal, Tugela Falls is a network of seasonal waterfalls that spring to life when the winter ice thaws.

Divided over five tiers, it is world's second-tallest waterfall, with some claiming that if you measure it using a particular method, it is higher than Angel Falls in Venezuela, which is regarded as the world’s tallest. 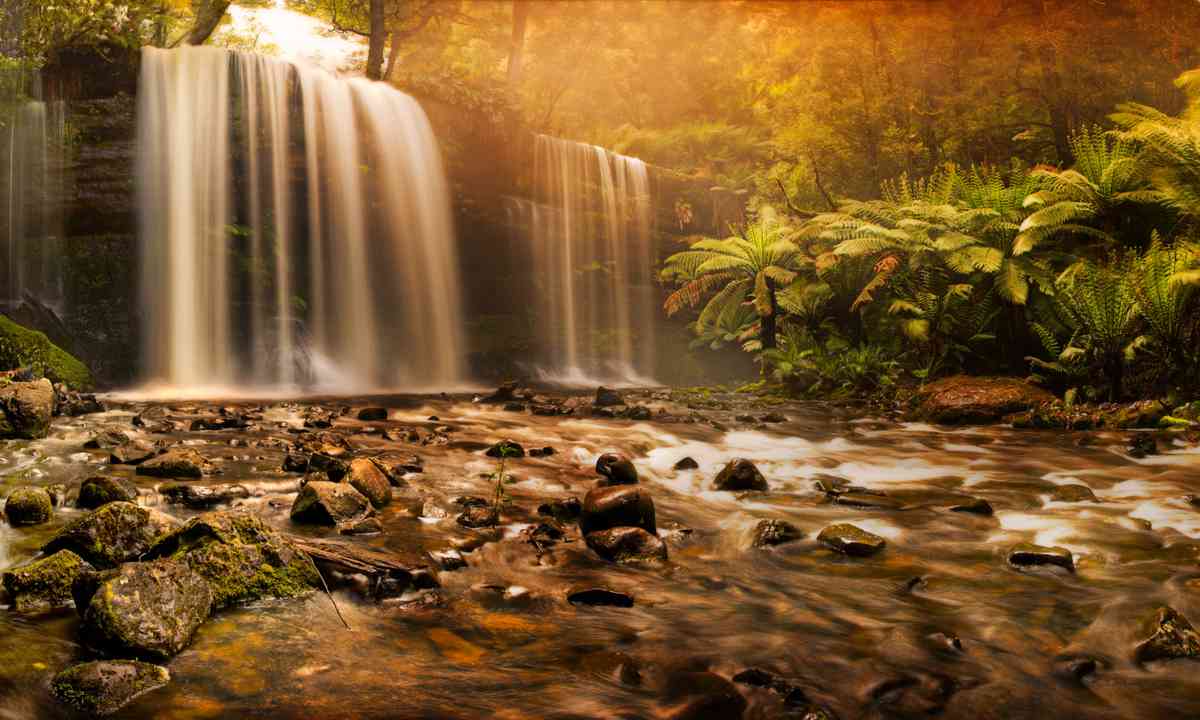 Tucked away in Mt Field National Park in the Central Highlands of Tasmania, the Russell Falls are regarded as one of the State’s natural treasures.

A tiered–cascade waterfall, it is reached by following a path through towering swamp gums, the tallest flowering plant on earth. At night, the darkness is pricked with the tiny lights of thousands of glow worms.