Want lions under the skyscrapers and bat battalions over the business district? Here are 10 real urban jungles

A coral island metropolis, Malé is more like a chunk of downtown Mumbai set adrift in the Indian Ocean than a slither of tropical paradise. Most visitors bypass Malé, heading straight to one of the archipelago’s plethora of resorts. But you don’t have to go far from the capital to find the psychedelic coral reefs that have made these atolls so popular with divers. 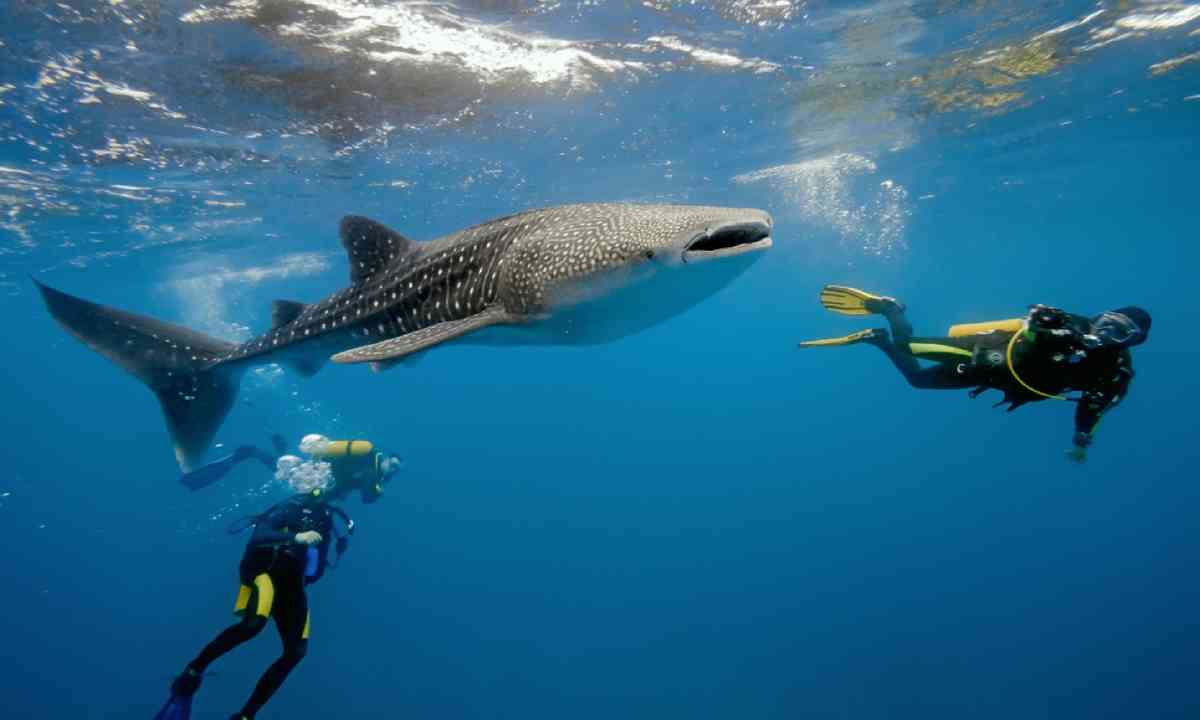 Diving with whale sharks in the Maldives (Shutterstock)

The 1981 wreck of the Maldive Victory between Malé and Hulhule is encrusted with corals and busy with fish, while west of the capital Kikki Reef and Lion’s Head are excellent dive sites.

Topside, keep your eyes open for the acrobatic spinner dolphin. Exuberant super pods several-hundred strong are not unheard of, but for your best chance of sightings join a liveaboard cruise.

At 2.7 sq km, Guindy is one of India’s smallest national parks, but that doesn’t diminish its huge achievement in resisting the metropolitan sprawl of Chennai. A patch of scrub and thorn forest in the traffic-choked city, Guindy is a sanctuary for a small breeding herd of blackbuck antelopes. 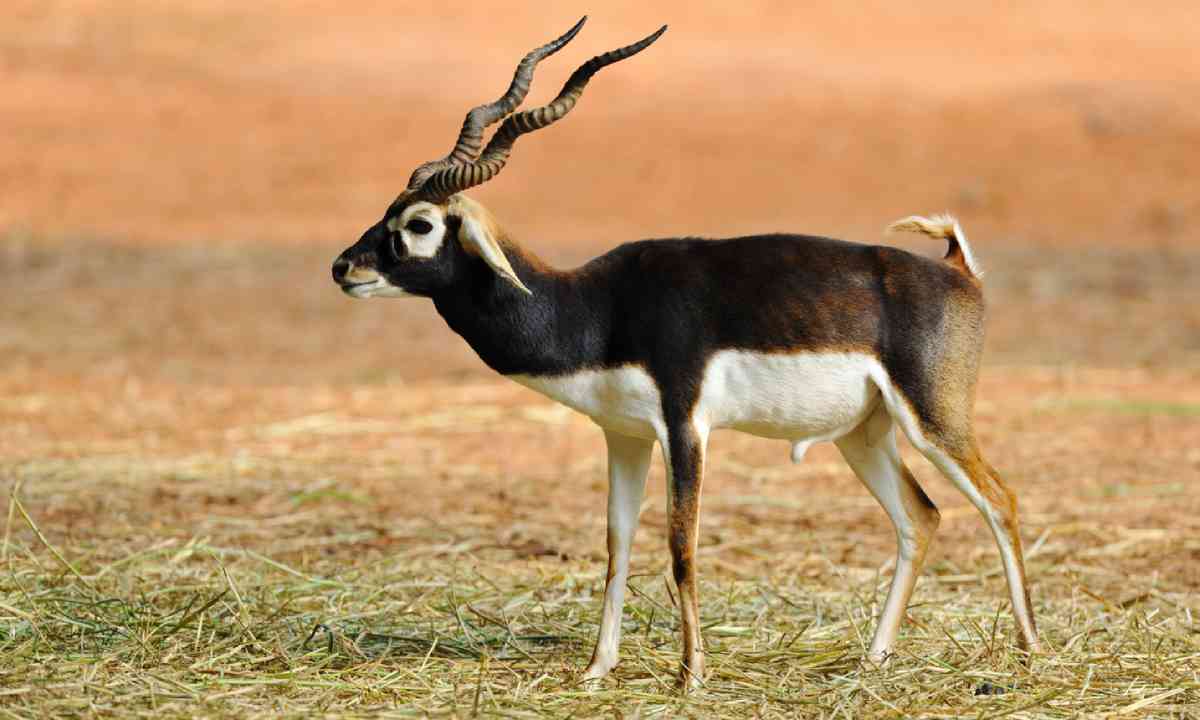 Before visiting, contact the Wildlife Warden’s office at the Tamil Nadu Forest Department and rangers may be able to show you these handsome antelopes, along with sambar and spotted deer, jackal, pangolin, porcupine, palm squirrel, langur monkey, rock python, monitor lizard and a variety of birds – from night heron to paradise flycatcher.

One of Europe’s last great wetlands

Arles has a wealth of history: it's a Celtic city, colonised by Greeks, seized by Caesar, ravaged during the Middle Ages and then revamped with Romanesque splendour. It's also rich in wildlife too. Just south of Arles lies one of Europe’s great wetlands – a 1,000 sq km mosaic of protected lagoons, dunes and marshland. 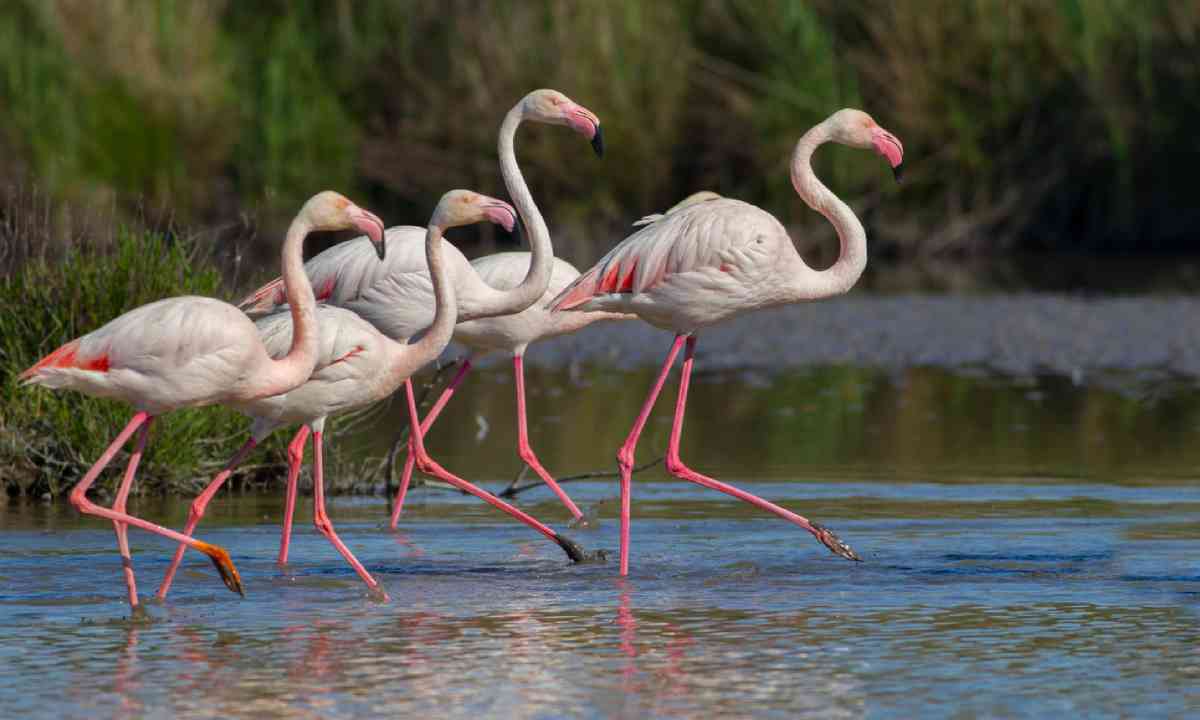 Around 400 bird species have been recorded in the area, including ducks, geese, avocets, herons, warblers and kingfishers. It’s the greater flamingo, however, that draws the crowds.

Pretty in pink, these leggy birds tiptoe through the briny pools feeding on tiny shrimps. Track them down on one of the walking or cycling trails that probe the marshes, or saddle up for a horseback safari.

Scattered liberally along the edge of the Gulf of Bothnia, the 24,000 or so islands of the Stockholm Archipelago are a favourite playground for the city’s inhabitants. Tour boats and ferries regularly ply these waters, but to get a more intimate feel for archipelago's wilderness try a sea-kayaking trip. 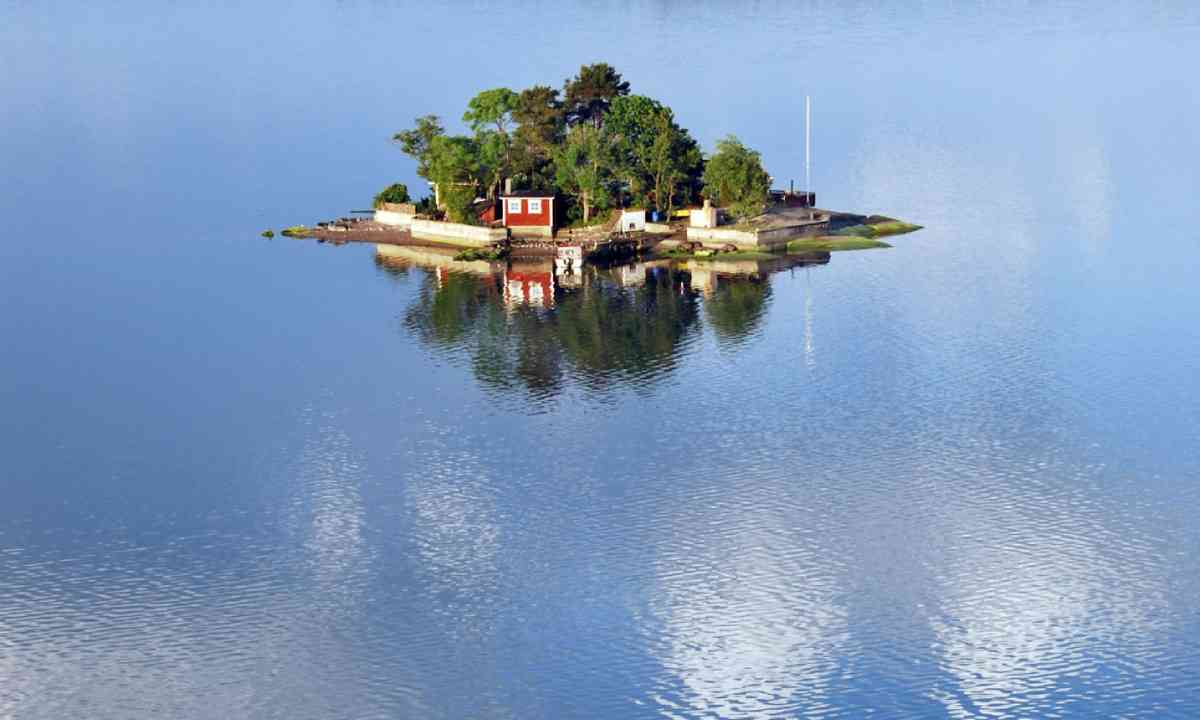 For landlubbers, Stockholm city centre is just a 20-minute drive from undisturbed meadows and forests where elk and wild boar can often be seen foraging during summer evenings. And Stockholm's Skansen Zoo has an unrivalled track record in the conservation of native Scandinavian animals –  including brown bear, great grey owl, lynx, wolf and wolverine.

See whales on a whim

Three resident orca pods (nearly 100 whales in all) cruise the Juan de Fuca and Haro Straits off the southern tip of Vancouver Island, making Victoria perfectly placed for whale-watching cruises. In fact, during the prime months of April-October, some operators boast a 100% success rate. 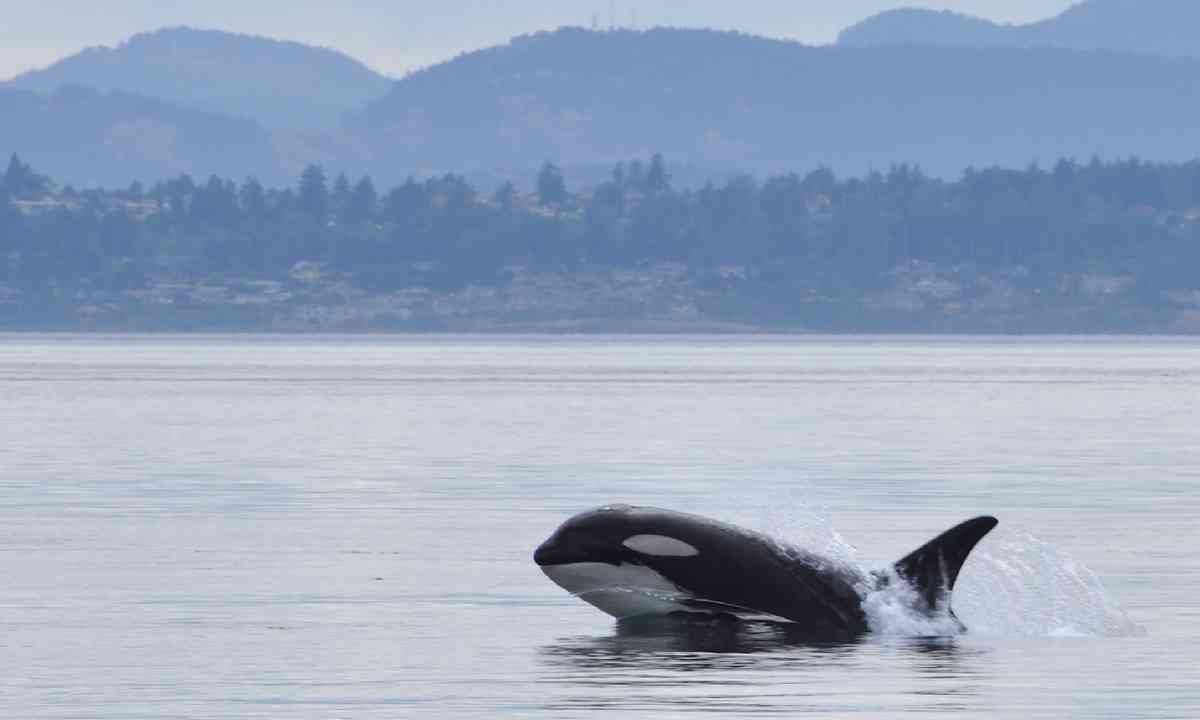 Killer whale off the coast of Victoria (Shutterstock)

If you’re lucky you’ll see orca breaching and spy-hopping. Also keep your eyes peeled for Dall’s porpoise torpedoing through the waves or the more leisurely passage of a grey or humpback whale. Sea lions sightings are almost guaranteed, and it’s worth casting an occasional glance skyward – you never know when a bald eagle might make an appearance.

At Ogden Point Breakwater, a few minutes from downtown Victoria, a marine sanctuary promises some of the world’s best cold-water diving. Dive sites range from eight to 35m in depth and you’re likely to see octopus, wolf eel, harbour seal and king crab.

Iquitos is an urban oasis on the west bank of the Amazon, 3,646km from the river’s mouth. It has a lively, pioneer feel, best experienced in the waterfront district of Belén (unsafe at night) where you can hire canoes to nose about the stilted huts.

A 23km drive or two- to three-hour boat trip south of the city, Allpahuayo-Mishana Reserve protects a large swathe of white-sand jungle that is home to several endangered species, including two primates – the equatorial saki and collared titi. 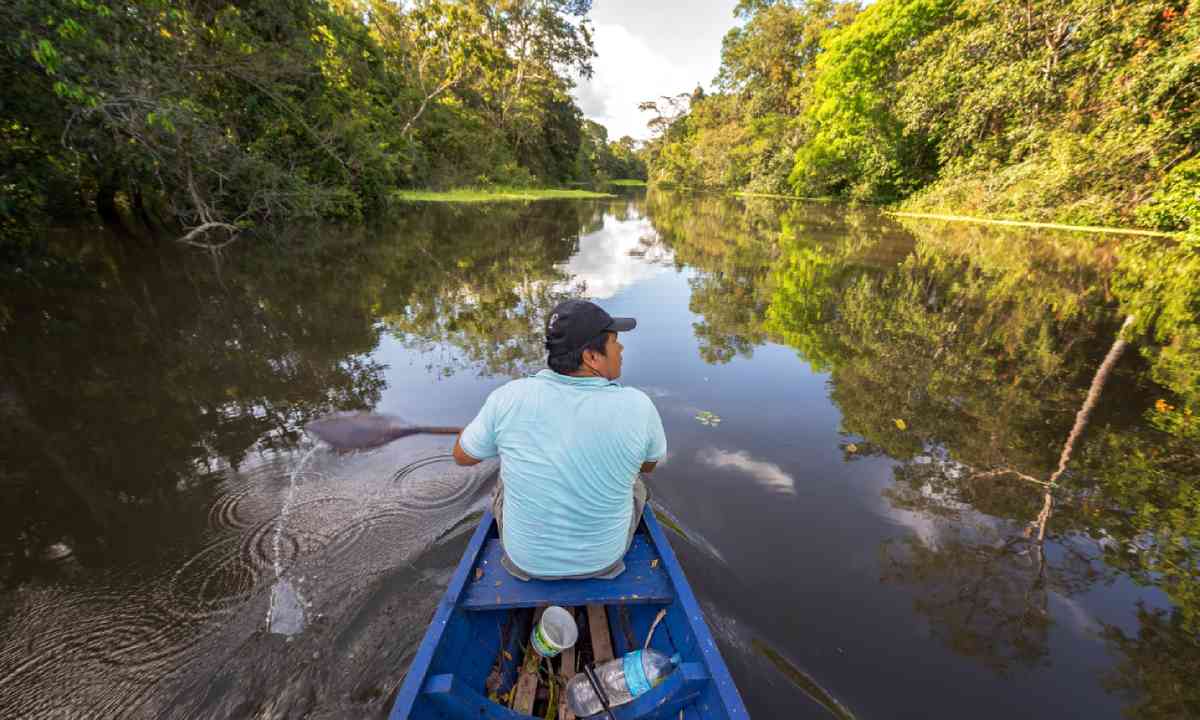 As dusk falls, thousands of bats take to the skies over Brisbane, but fear not – these are fruit-nibblers, not blood-suckers. There are flying fox roosts throughout the city, but one of the largest and best known is on Indooroopilly Island, 6km from Brisbane’s Central Business District.

Batty boat trips depart for the island from Mowbray Park on the banks of the Brisbane River. Each cruise lasts around four hours, as experts help you identify the black (the largest species, with wingspans of up to 1.2m), grey-headed and little red flying fox. 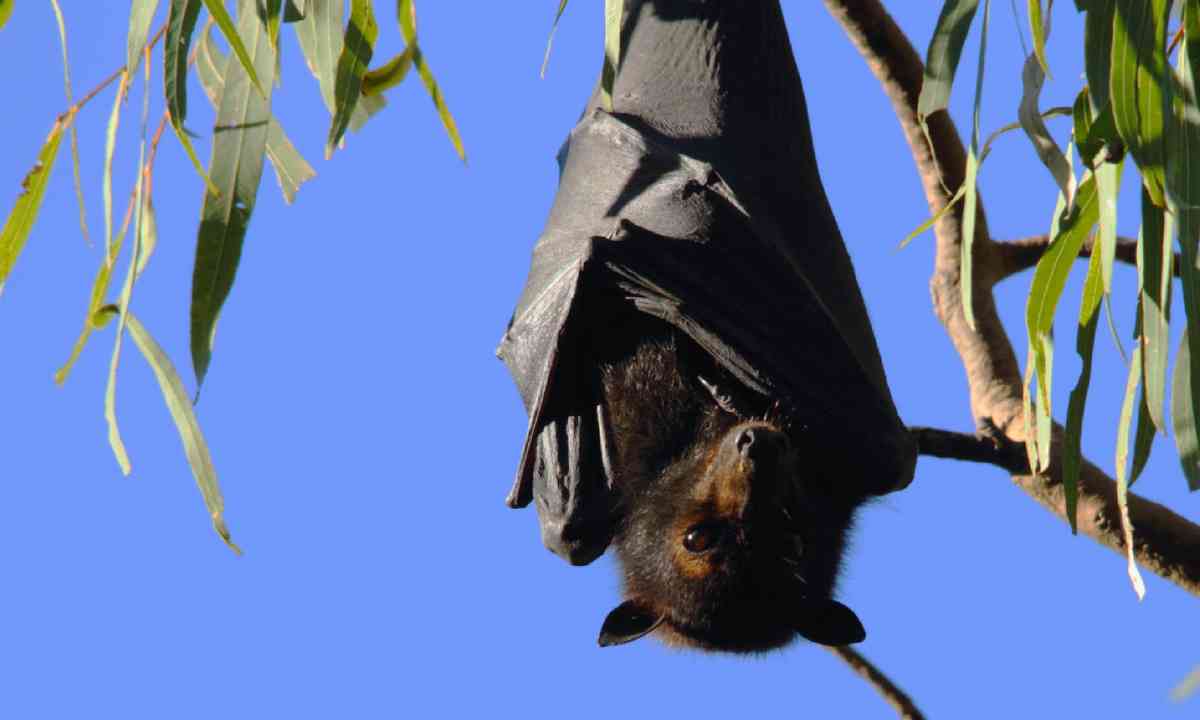 For a more intimate encounter with Brisbane’s fruit bats (and other indigenous critters), Lone Pine Koala Sanctuary can be reached by boat or bus from the city centre. D’Aguilar National Park is an appealing mosaic of eucalypt woodland, scribbly gum forest and subtropical rainforest around 15 minute’s drive from the city centre.

Chengdu, the capital of Sichuan Province, is a burgeoning metropolis of over ten million people. But, just 10km north of Chengdu and easily reached by bus or taxi, Chengdu Panda Base is the one place on earth where the endangered giant panda is thriving. 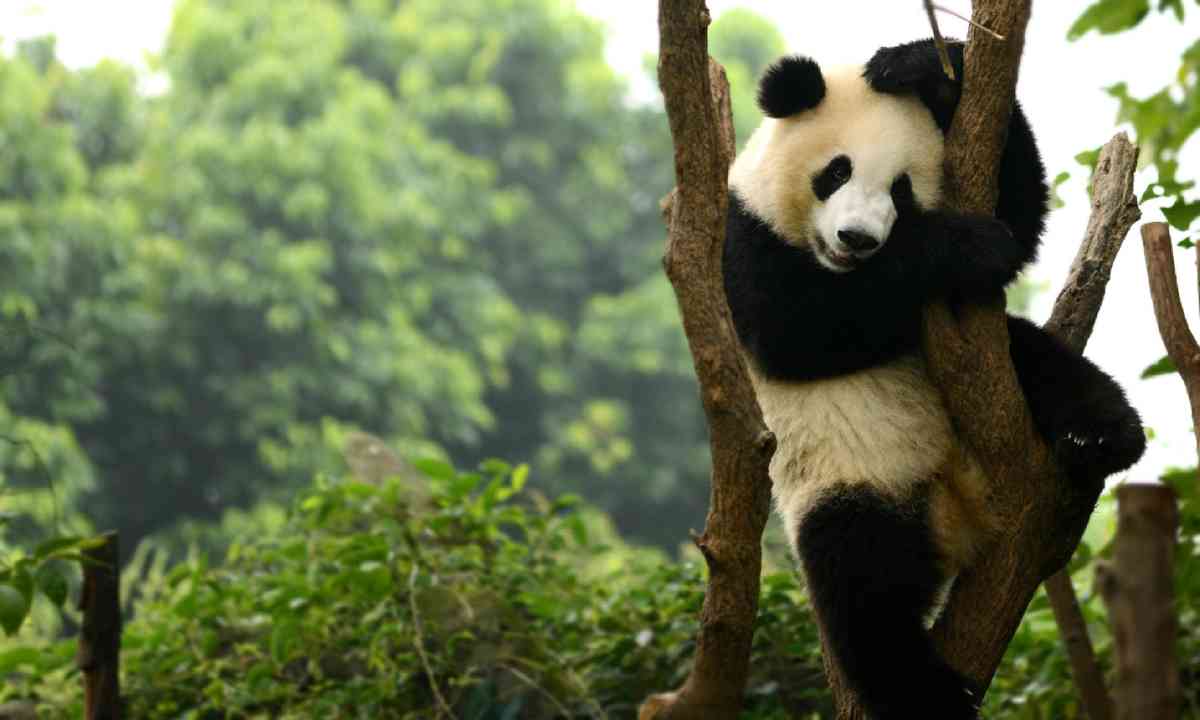 It was founded with a group of six pandas rescued from the wild in 1987, and the centre’s captive-bred population now serves as a genetic reservoir for other breeding programmes around the world. Red pandas, golden monkeys and other threatened species also find sanctuary here.

You can join a walking tour or bus tour (both available in English), during which you’ll visit the panda nursery, adult enclosures, vet clinic and food-processing facilities. There’s also an excellent museum and a shop packed with panda paraphernalia. Try to get to the park when it opens at 8am – the pandas are up and about waiting to be fed at 9am, after which they tend to settle down for a nap.

Whoop it up with howler monkeys

Around 40km west of the city (less than an hour’s drive), the Community Baboon Sanctuary protects over 2,000 black howler monkeys – a population so dense that rival troops have developed particularly vociferous calls to proclaim hotly contested territories.

The Sanctuary is also a model ecotourism project in which landowners (having volunteered to manage their land to safeguard monkey habitat) boost their income with accommodation and guided tours. You can camp at the sanctuary or stay in a B&B.

There’s also a Nature Resort next to the Sanctuary. Guided walks are the best way to get close to habituated troops. You can also learn about the rainforest and the area’s 200-odd species of birds, and take to the river in search of Morelet’s crocodile. Don't miss Belize Zoo, 47km west of Belize City. It’s a great zoo with native animals, natural settings and an excellent education programme.

Big game near the big city 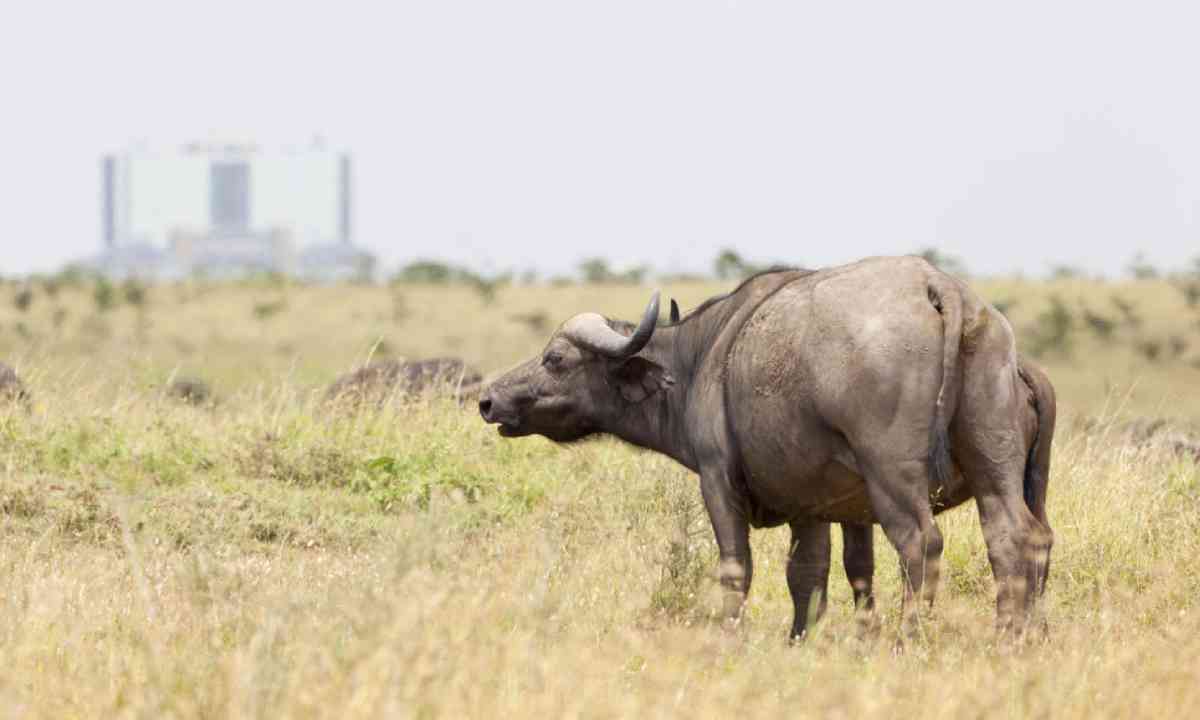 You can visit the park on a guided tour or take the Kenya Wildlife Service bus from Nairobi city centre. A taxi or matatu will get you to the main gates where the Nairobi Safari Walk weaves through wetland, forest and savannah.

The David Sheldrick Wildlife Trust rescue centre for orphaned eles and rhinos is a great place to visit, and don't miss Langata Giraffe Center (5km from the city) where you can hand-feed Rothschild giraffe and be on the receiving end of a big sloppy, blue-tongued kiss.