The world's 10 most adventurous museums

These extreme museums will take you to the edges of the earth – indeed, getting there is half the fun... 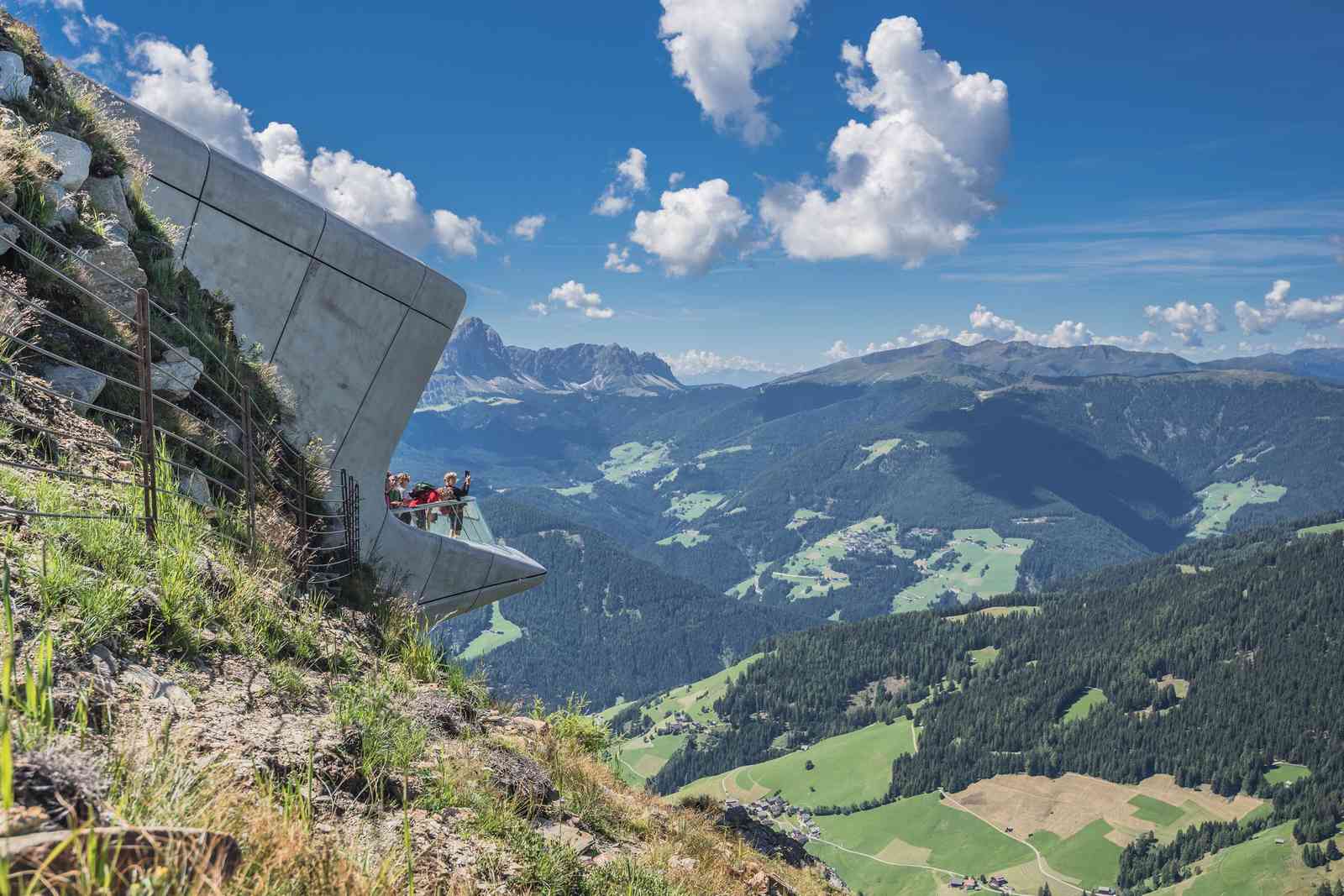 On the summit plateau of Mount Kronplatz in Italy, Messner Mountain Museum sits a cool 2,275m above sea level, with jaw-dropping views over the Dolomites range. The museum is named after Reinhold Messner, a mountaineer turned entrepreneur behind five other lofty museums throughout Italy's highest peaks. It is devoted to alpine history, with art, film and mountaineering exhibits – including some from Messner's personal collection – displayed in contemporary galleries. To visit, take the cablecar to Kronplatz's plateau or follow a steep trail to the top. 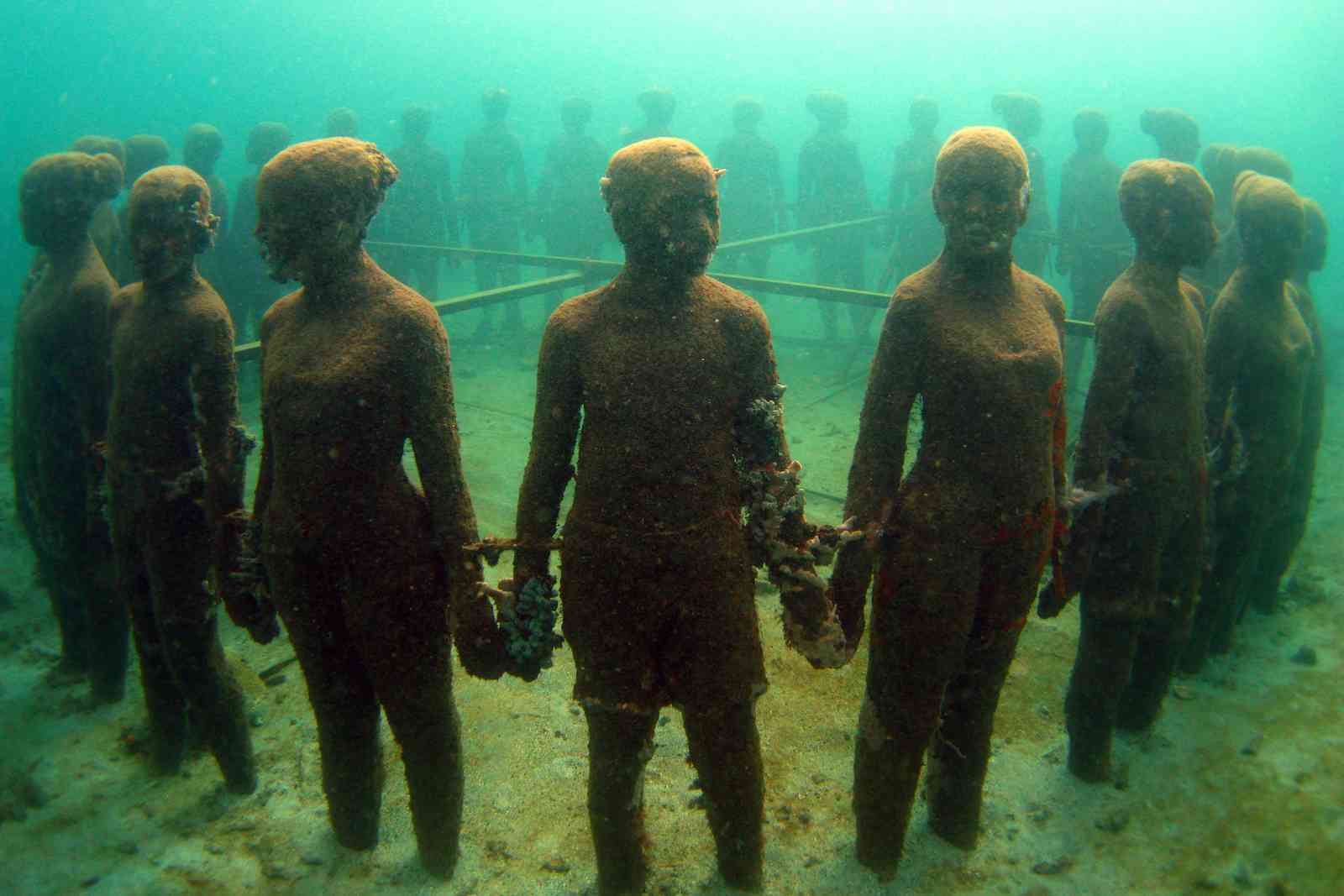 The clue's in the name: entry to Grenada Underwater Sculpture Park requires a wetsuit and a full air tank. Art knows no boundaries for the British sculptor Jason de Caires Taylor: his exhibition of 65 lifesize sculptures lies in the Caribbean Sea, accessible only by boat from mainland Grenada. Visitors must scuba dive to the site, which lies up to 25m below sea level. It's hoped that the installation will encourage marine life to develop, and encourage travellers to reflect upon their impact on the coast. 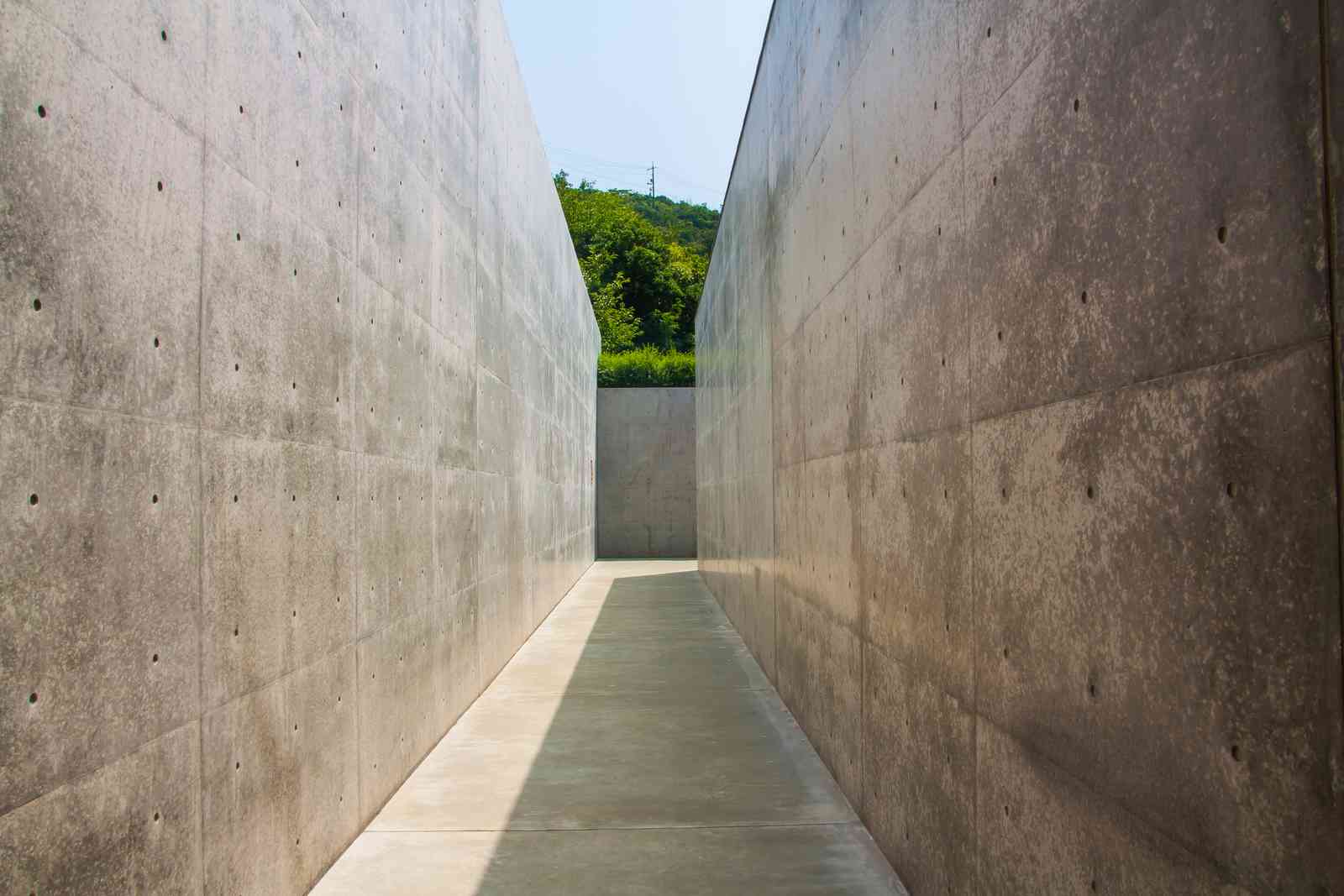 Japan's Chichu Art Museum collection is exhibited entirely below ground. Dubbed the 'art museum in the earth', the venue displays artwork by the likes of Claude Monet, Walter De Maria and James Turrell – and is lit only by strategic pools of natural light. A 400sqm garden has been planted above ground, and it's hoped that the overall experience will encourage visitors to explore man's relationship with nature. Access the island museum by ferry from Japan's Okayama region or the island of Shikoku. 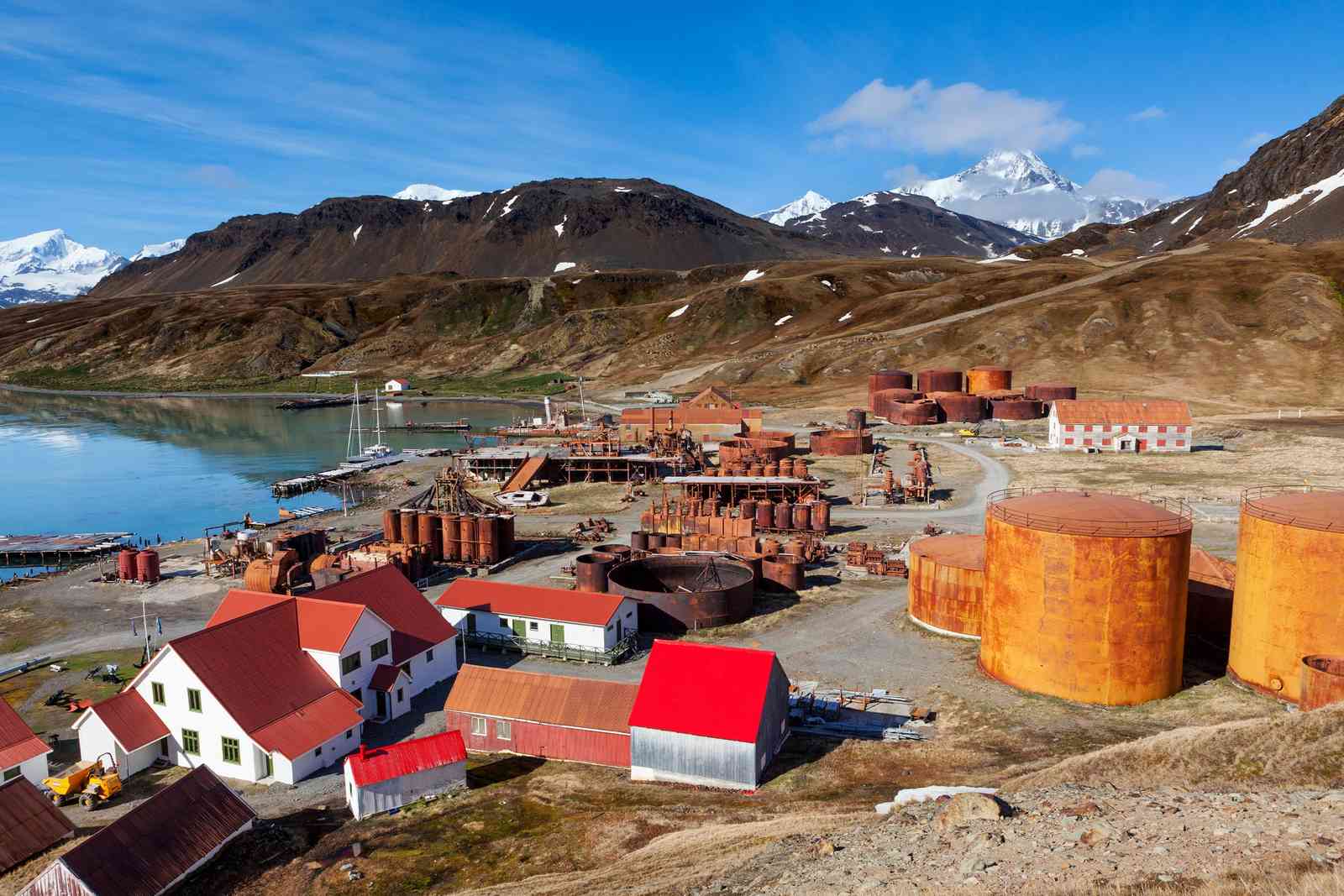 Perched on the lonely South Georgia island in the south Atlantic Ocean, South Georgia Museum – a former whaling manager's house – displays authentic whaling artefacts and bones and shares tales of the island's maritime history. South Georgia is known for its resilient wildlife, and is a favourite stop-off for many intrepid birdwatchers. Expedition cruise ships heading to Antarctica often drop in before venturing into the Southern Ocean, but it's unlikely that there'll be a queue at reception. 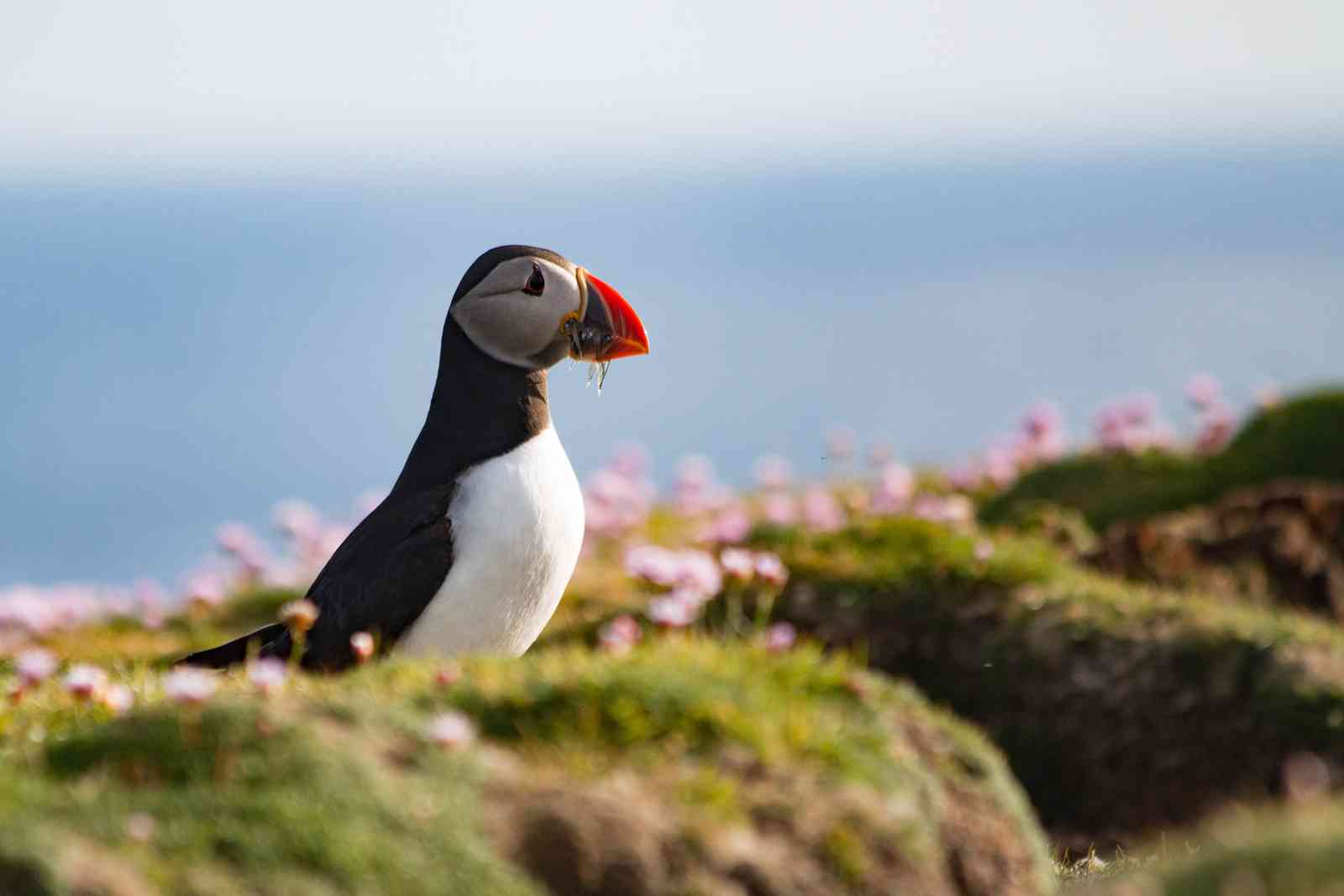 Head to Scotland's Shetland Islands to visit Fair Isle, home of the George Waterston Memorial Centre. To get there, hop on the local mail boat for two and a half hours from Grutness or charter a small plane from Shetland or Orkney – but phone ahead to warn of your arrival, as impromptu visits are off the agenda. The museum pays homage to the late director of the RSPB, George Waterston, and celebrates the island's diverse birdlife and famous woolly jumpers. Fair Isle knitwear has been à la mode on the island since the early 1900s, so look out for some particularly bobbly items among the natural history collections. 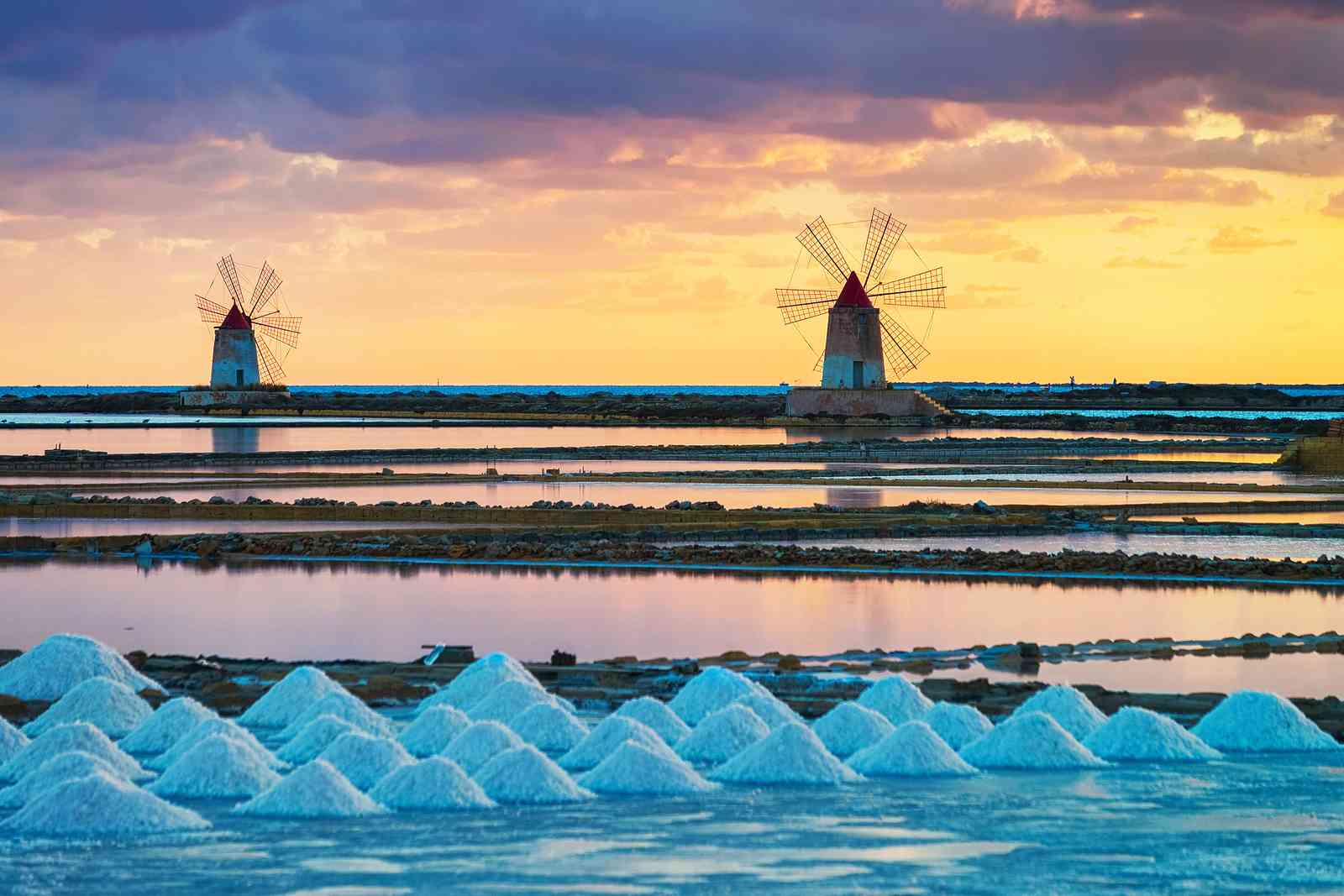 Marsala is also known for its salt pans (Shutterstock)

On the tiny island of Mozia, just off the coast of Sicily, you'll find the 19th century villa of Giuseppe Whitaker, a celebrated Marsala wine-maker and archaeologist. The island can only be reached by boat from Marsala (ask at the port for departure times) – a short, picturesque journey on a local ferry. The house has been transformed into the Villa Whitaker Museum, displaying a valuable collection of paintings, tapestries and furniture – including some artefacts from ancient Greece, thought to have been created over 2,000 years ago. 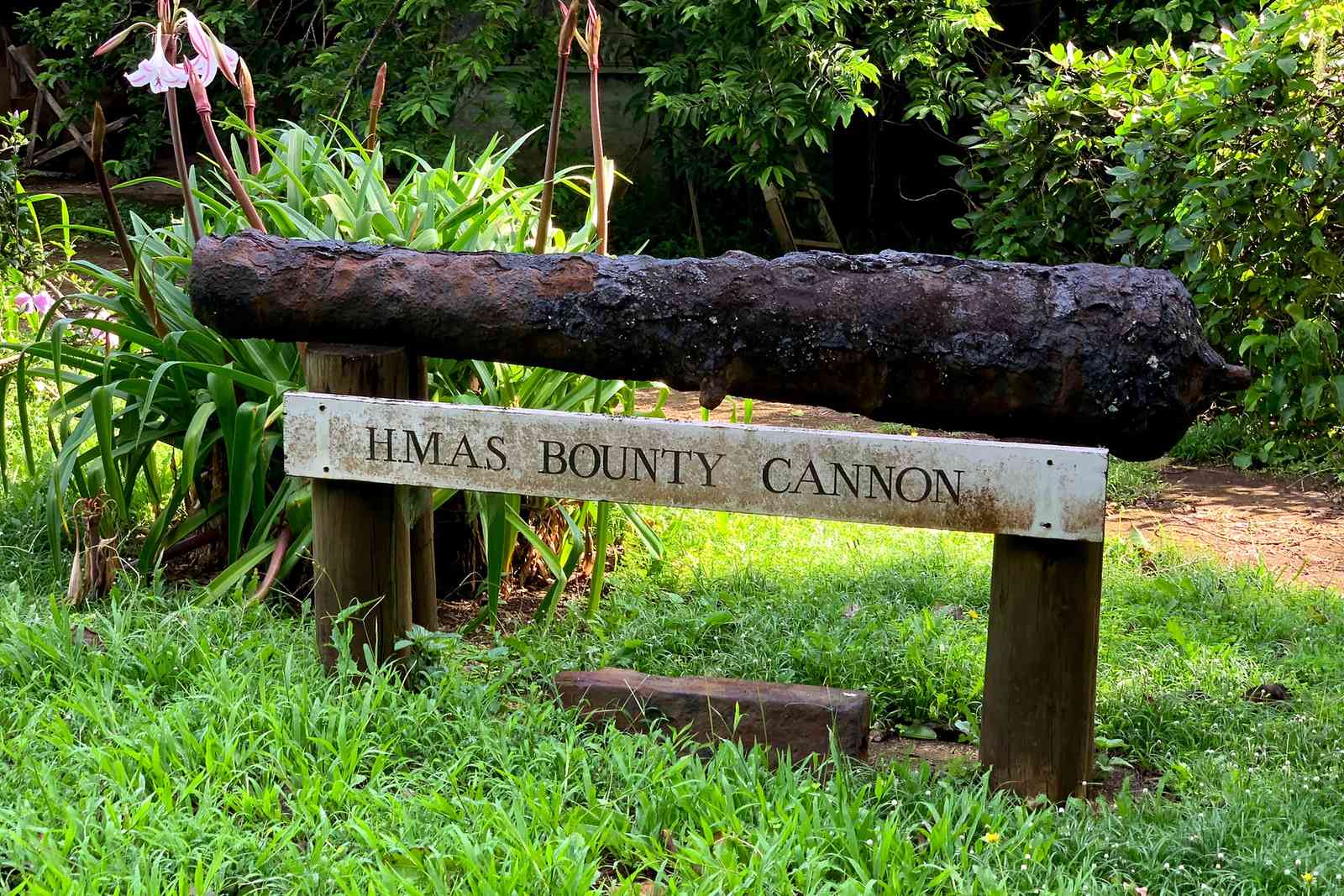 Relics of the past, Pitcairn Island (Shutterstock)

A visit to Pitcairn Island, a volcanic outcrop in the South Pacific between New Zealand and South America, is not for the faint-hearted: it's a 30-hour boat trip from the island of Mangareva in the French Polynesian Gambier Islands. At the Pitcairn Island Museum you'll find Polynesian artefacts and relics from the wreck of the Bounty seafarers, and probably encounter most of Pitcairn's residents – the descendants of the Bounty mutineers and their Tahitian 'companions'. 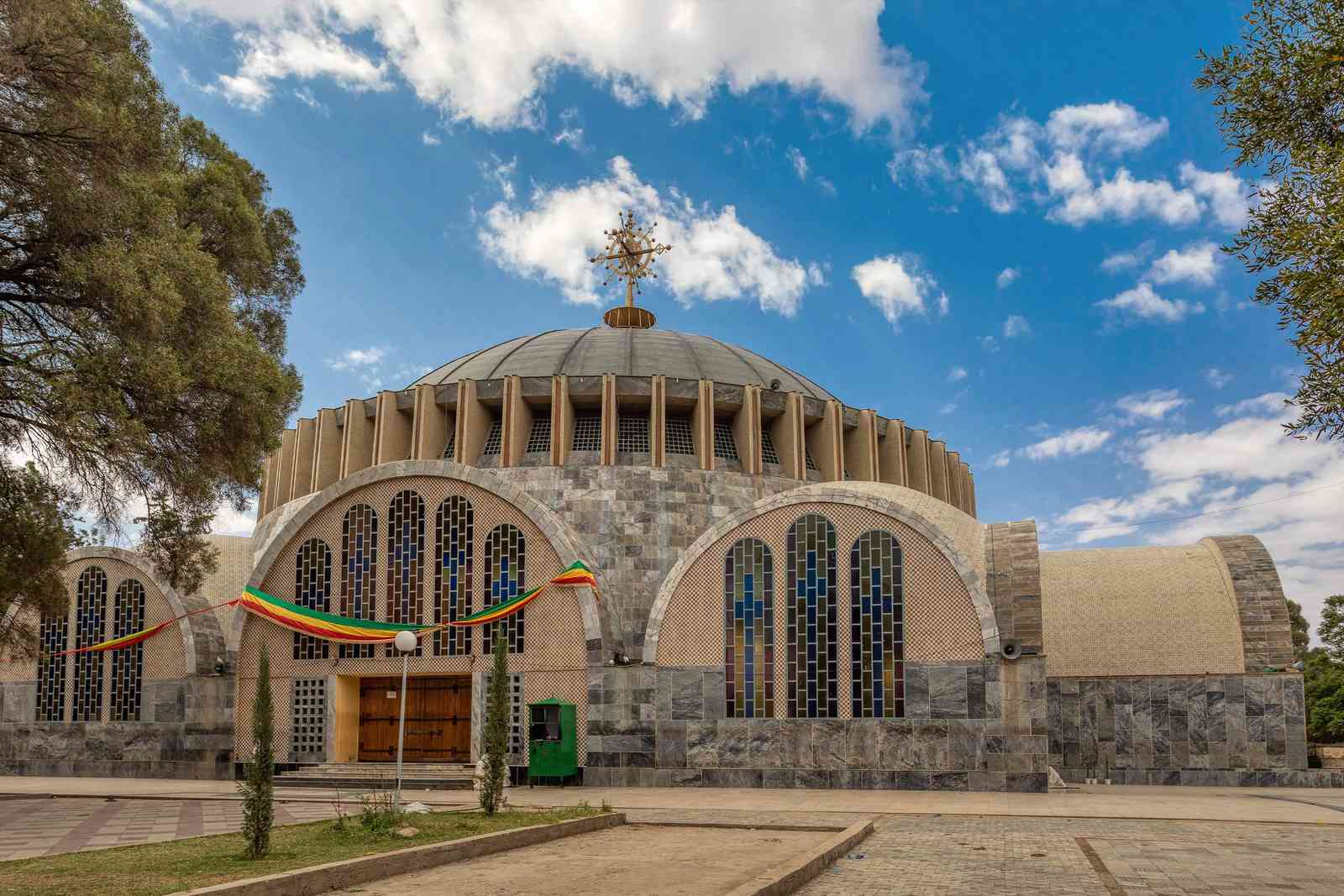 Church of Our Lady St Mary of Zion, Ethiopia (Shutterstock)

Yes, it's a city, but Aksum is also a Unesco World Heritage Site – and it boasts such vast archaeological sites that it may as well be a museum in its own right. It's located on the northern tip of Ethiopia, so you'll need an adventurous spirit just to get there. From stelae monoliths and ancient Aksumite tombs, to the supposed home of the Ark of the Covenant (in the closely guarded St Mary of Zion chapel), the city is steeped in ancient legends and is a site of pilgrimage for Christians all over the world. Marvel at the baffling architecture of the field tombs, explore the Tomb of the False Door and wonder if the Queen of Sheba ever really did bathe in the Mai Shum 'bath'. 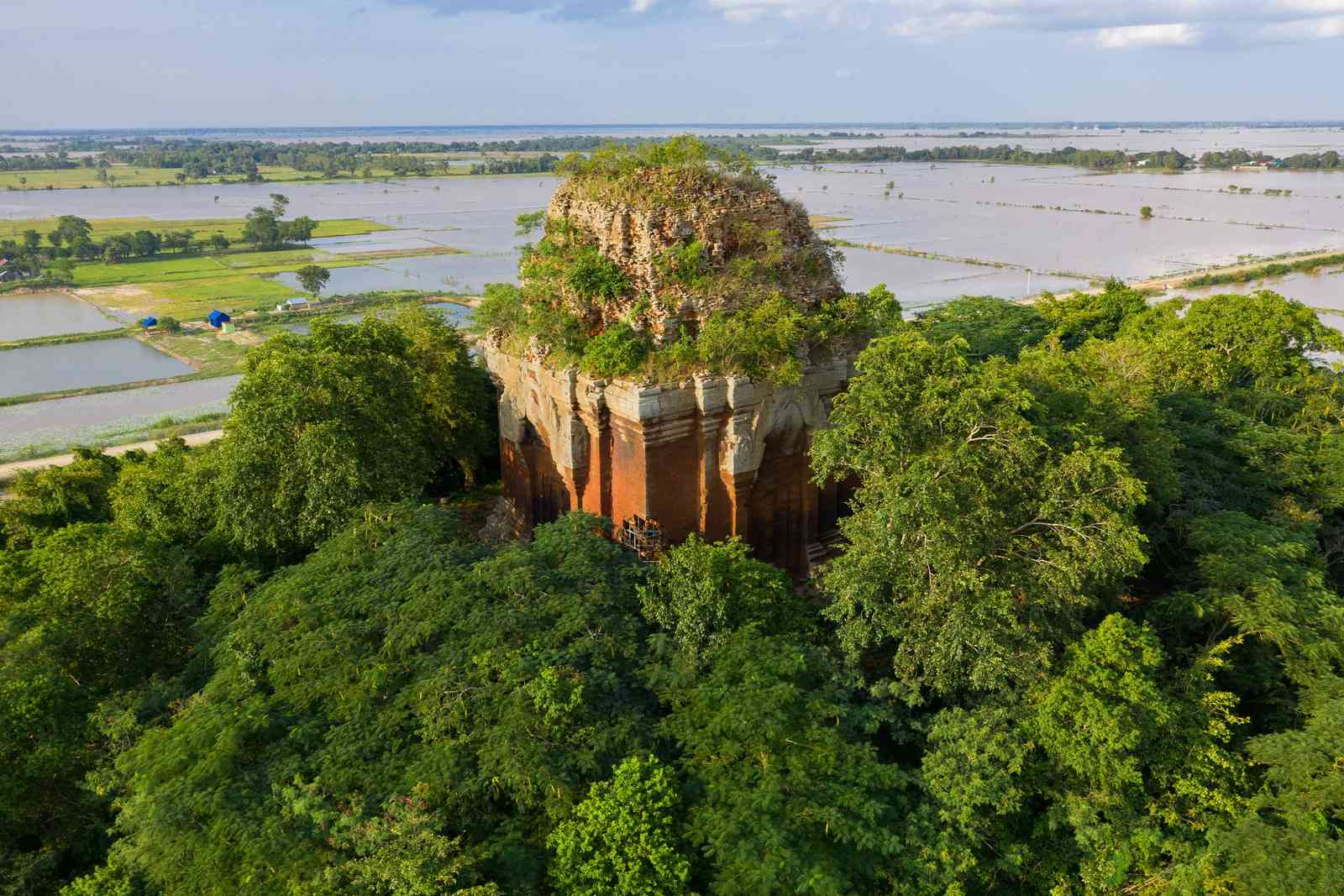 You may have to check the weather conditions before visiting the Angkor Borei Museum – during the wet season, it can only be reached by boat. Boats will also drop you at the temple ruins on the nearby hill of Phnom Da – but during drier months you'll have to get your hiking shoes on. Hosting a collection of artefacts from Cambodia's Neolithic residents, the museum showcases treasures that have been unearthed on archaeological digs throughout the town – some of which are 2,500 years old. 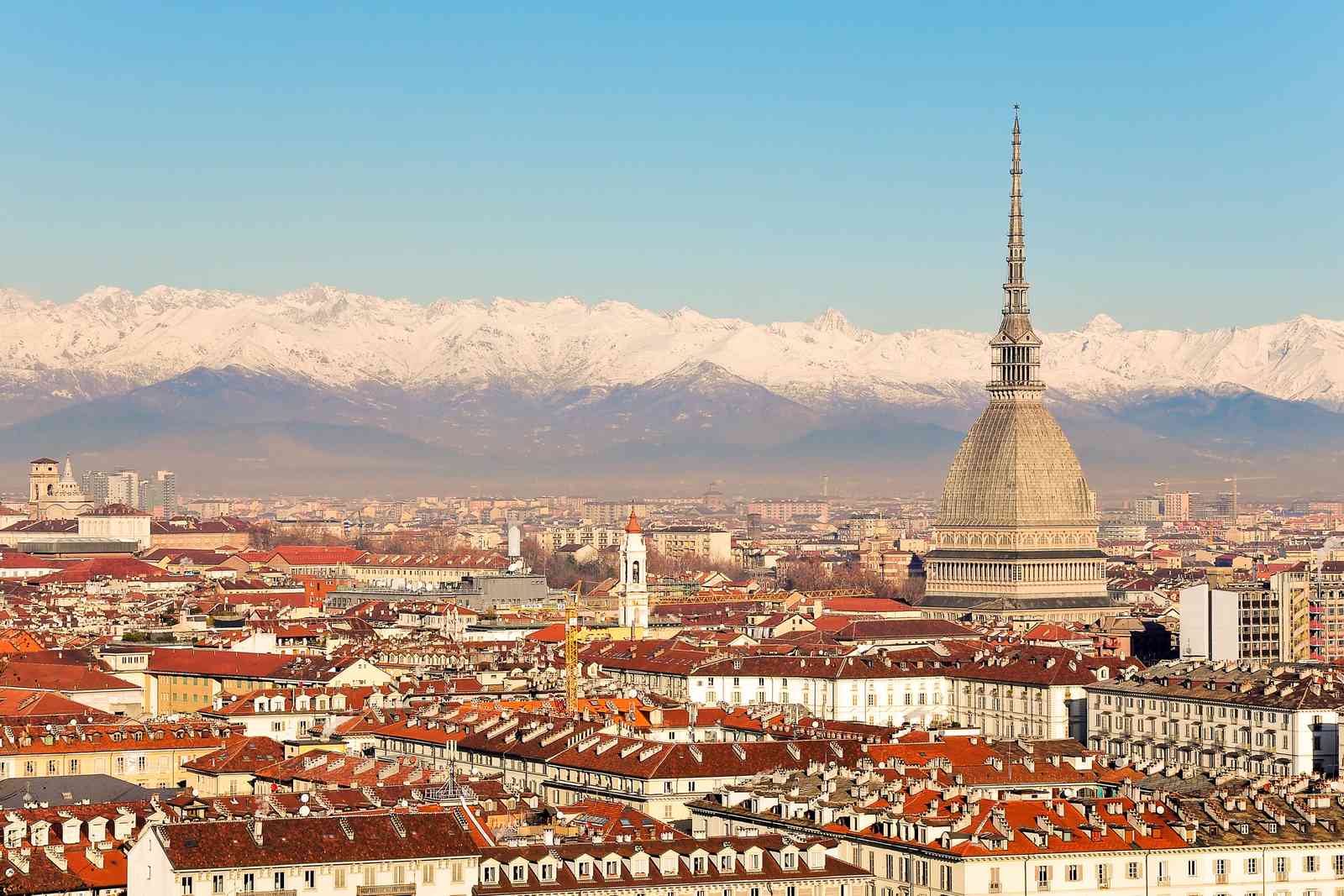 Turin's National Museum of Cinema is 167m tall, so your adventure starts from its front door – when you take a glass lift up through the collection. Housed in the majestic Mole Antonelliana, a former synagogue, the National Museum of Cinema boasts one of the largest installations of film memorabilia. The pieces are displayed in the lower levels of the building, but the lift rises to 85m for a full panoramic view of the city's skyline – perfect for film buffs with a head for heights.

10 wacky museums from around the world