10 foods you might be forced to eat on your travels

Mmmm, grasshoppers. Sampling these stomach-churning foods might be one cultural experience too far...

1. Black scorpion on a stick

‘Warning: may contain poison’… Although the scorpion is one of nature’s survivors, a certain number nevertheless end up for sale in the food markets of China and Vietnam. In Beijing, black scorpion is regarded as the ‘lobster’ of the species, and is more expensive than, for example, its yellow cousin. 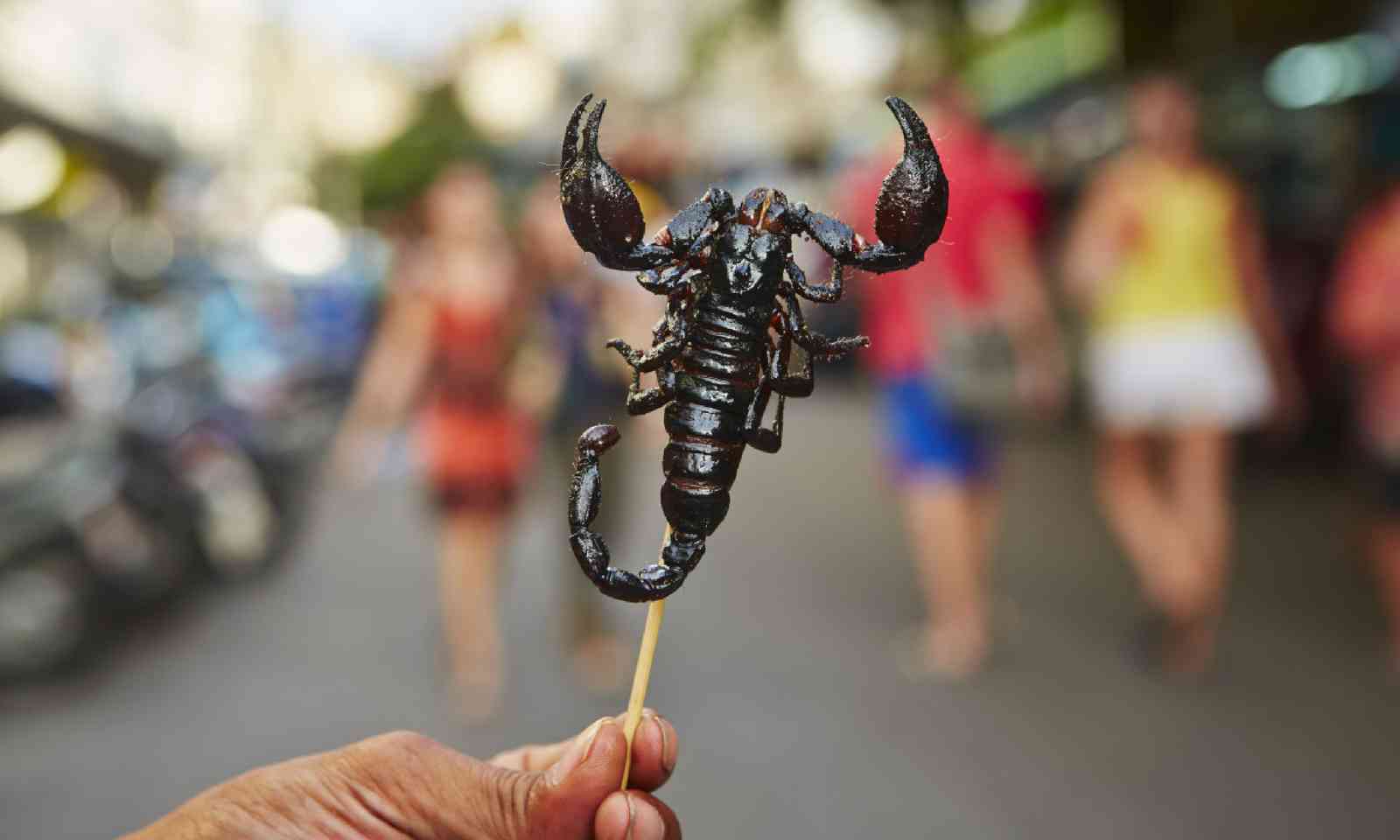 Eating black scorpion (crunchy on the outside, and soft in the middle) is an experience you won’t forget in hurry. Whether one should remove the sting first is a matter of personal taste – and daring.

Deep-fried sparrow is another excellent example of the you-get-what-you-see school of cooking: it’s a sparrow and it’s been deep-fried. Simple. 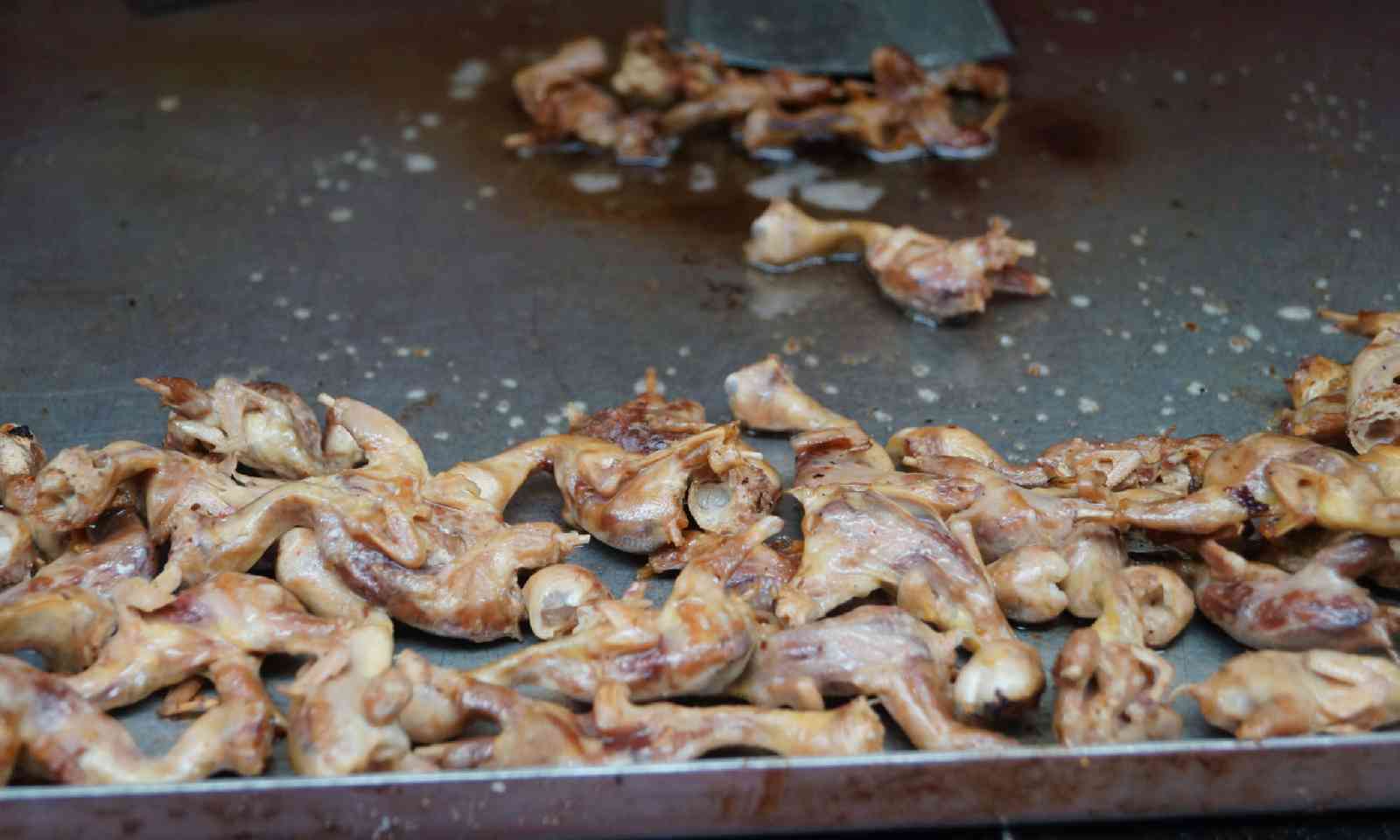 Bought by the weight, the tiny sparrows can be finished off in one or two bites: perfect as a snack, they don’t make much of a meal. If you’re lucky, you might even get one of them to stand up on your plate…

Kangaroo meat was once eaten only by the indigenous population of Australia. As a ‘bush food’, it was an important source of nutrition for the Aborigines; a single animal would be shared by many. 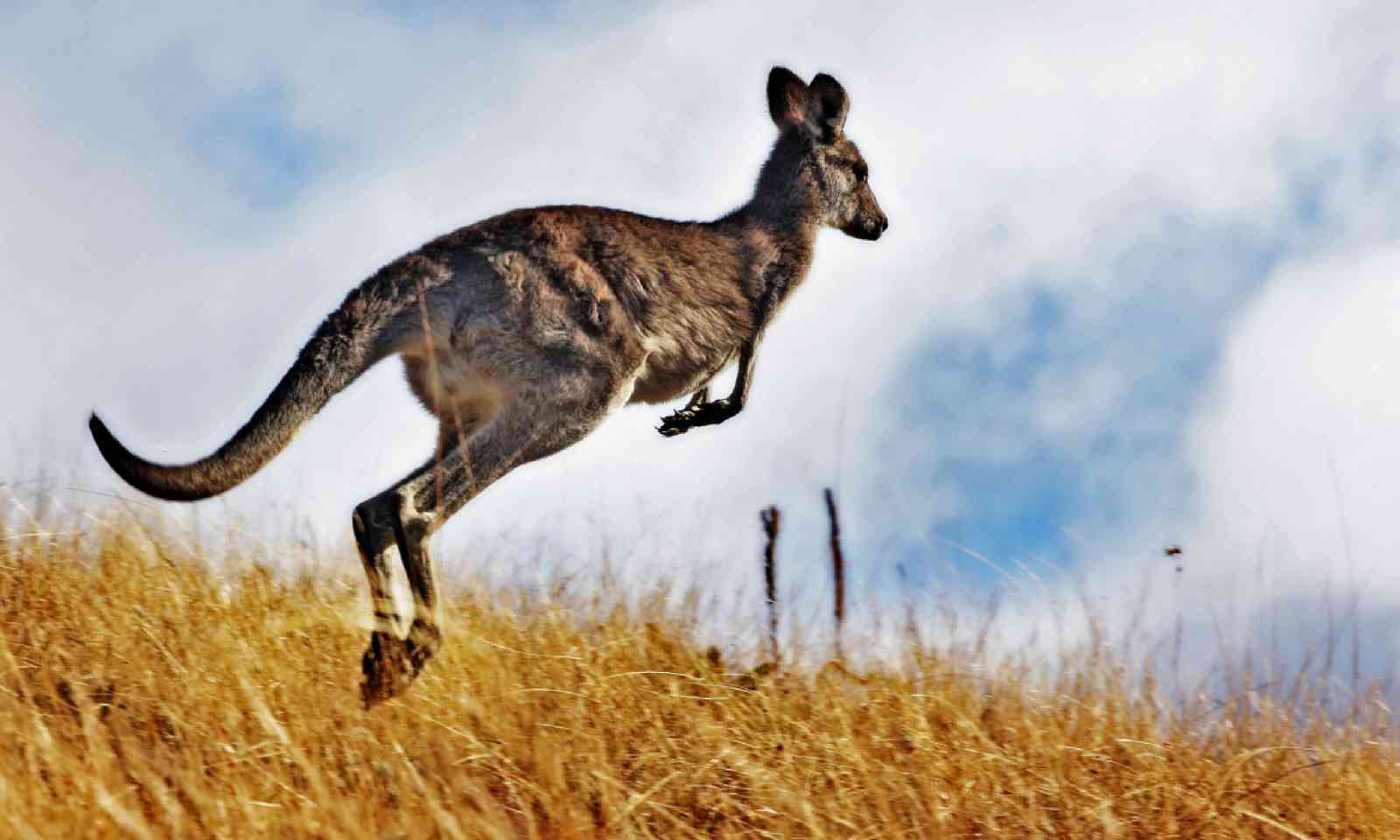 Kangaroo, with its tail intact (Shutterstock)

In Australia, one can still eat kangaroo tail as part of an authentic Outback experience. In a re-creation of the traditional method of cooking the animal practised by the Arrernte people of central and northern Australia, the tails are first of all singed to remove the hair. They are then buried in the ground with hot coals, and dug up again once cooked. The meat itself is very low in both fat and cholesterol.

If you fancy a mouthful of feathers, barely formed bone and duck embryo, then balut is definitely the dish for you. For many South-East Asians – especially the people of the Philippines – this boiled fertilized duck egg is the street food par excellence.

Widely believed to be an aphrodisiac, balut is usually eaten as it comes, perhaps with a pinch of salt. After making a hole in the top of the egg, one sips the liquid first before consuming the rest of the contents. 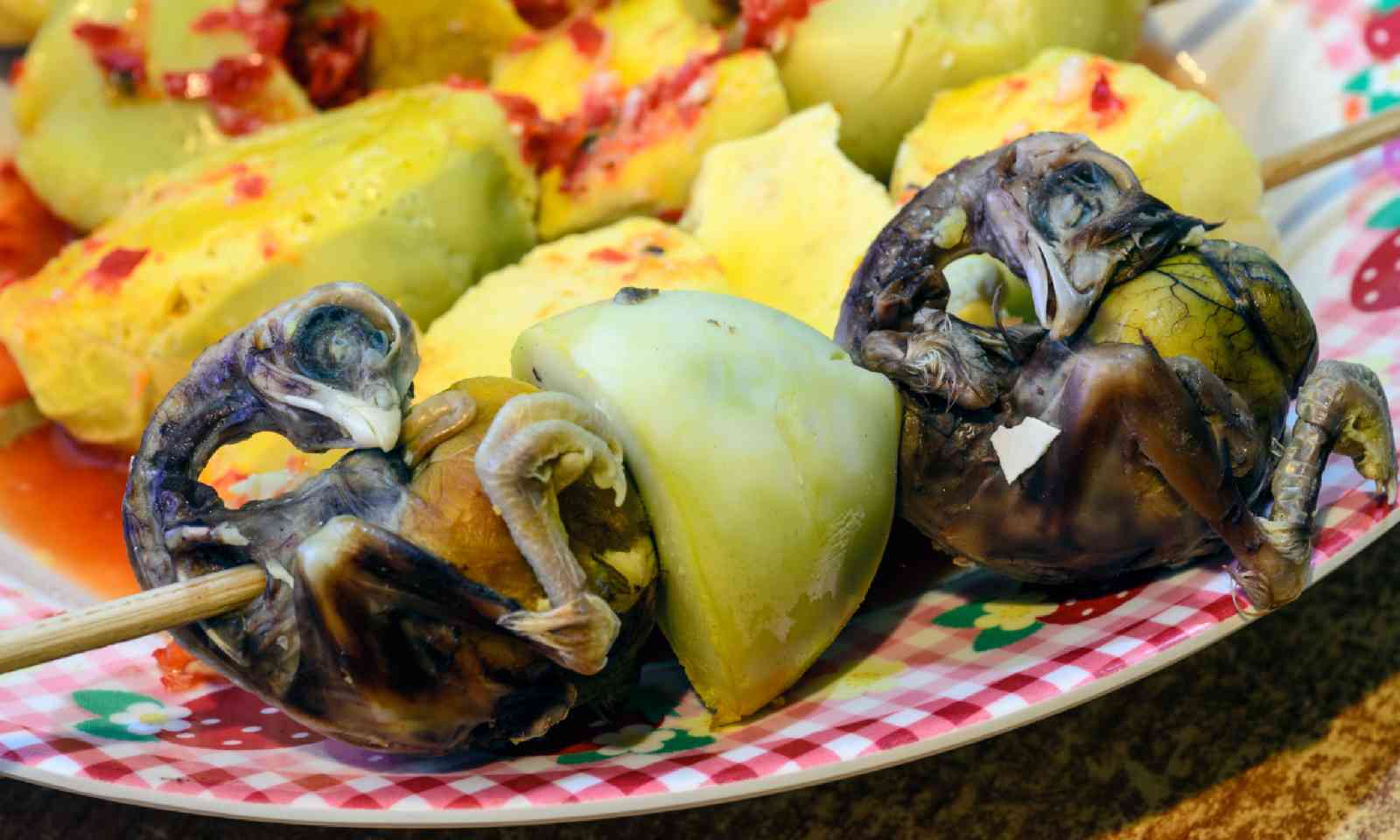 The preferred age of the egg is a matter of geography. Filippinos consider them at their best at seventeen days old, before the feathers and bones have fully developed, while the Vietnamese prefer them a few days older, by which time the embryo is recognisable as a baby duck.

While the ears, nose and cheeks may be prime cuts for some, the whole head can be deconstructed into jellied brawn. 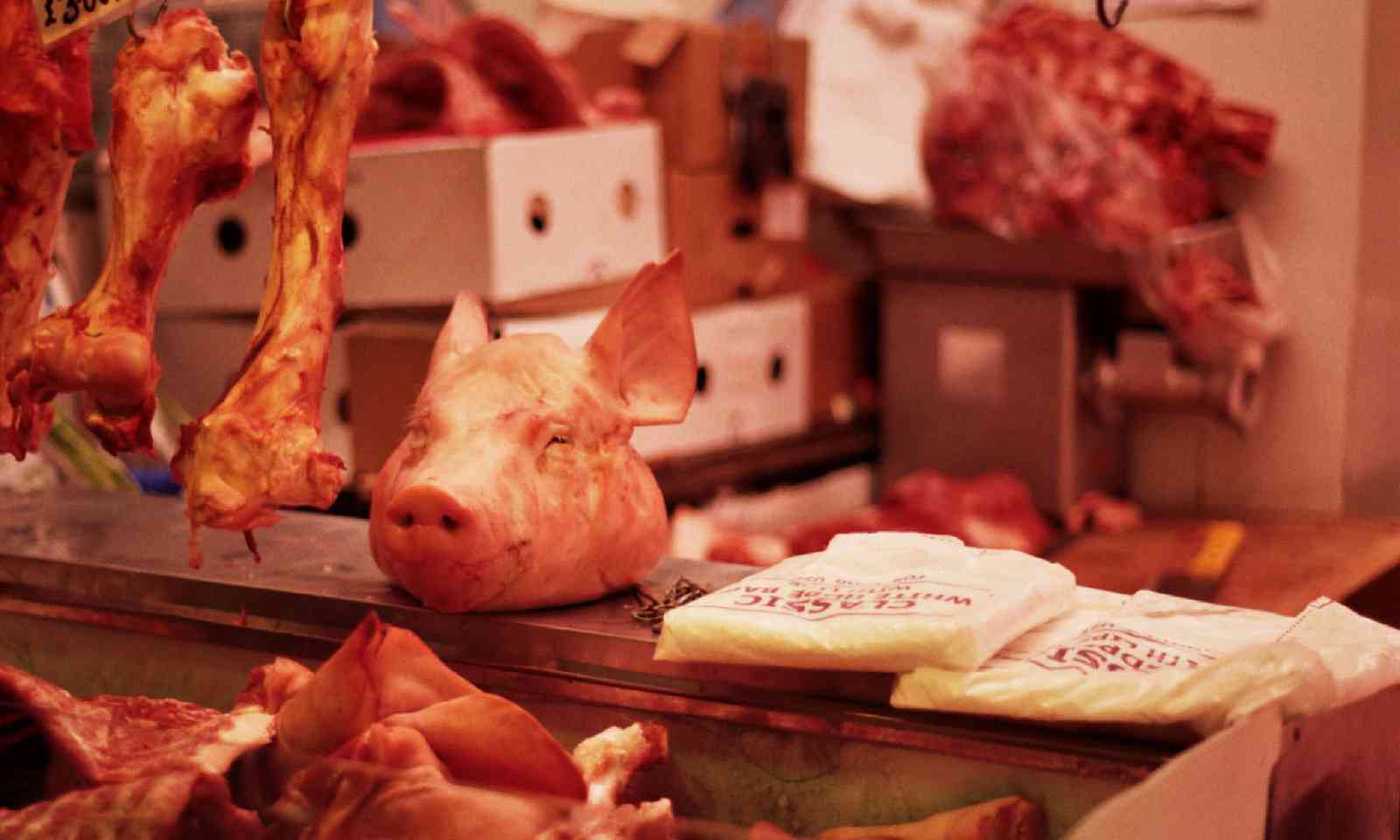 Known also as ‘head cheese’, fromage de tête (France) and coppa di testa (Italy), brawn is mostly eaten in Europe, although variations can be found in Asia and the Middle East. Historically, it was made using the head of a wild boar.

Salty, lemony, and a little bit leggy, grasshoppers are top of the menu in Chiapas, Mexico. Eaten in handfuls straight from the market, or cooked up in sauces or served with tacos, they are actually surprisingly innocuous. 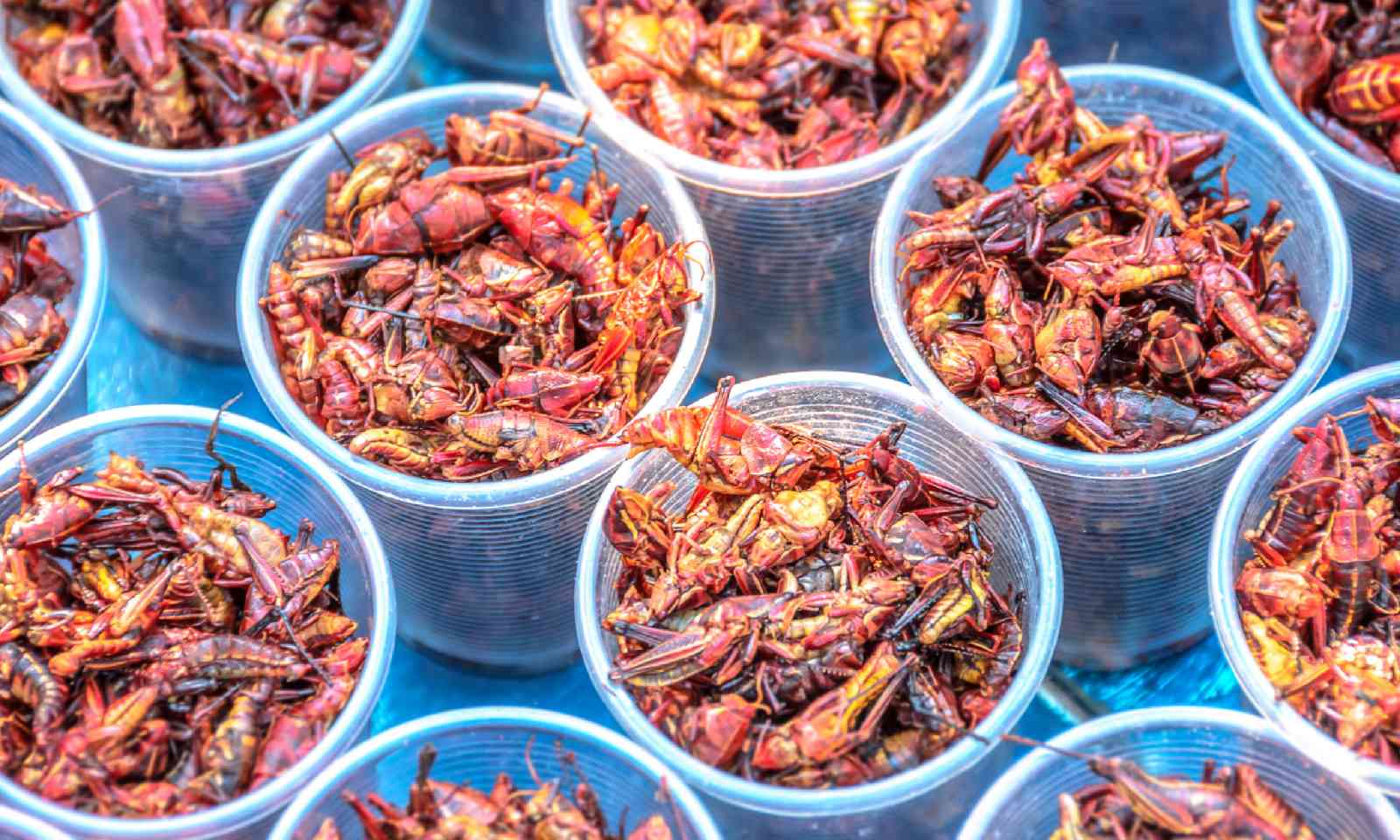 You might want to wash them down with a tequila, though: they're quite dry, and their tiny legs get stuck between your teeth.

Who needs a plate to eat off, or even a bag to hold? In Seoul, South Korea, this meal on a stick is the ultimate takeaway fast food for local students. It consists of one hotdog sausage coated in dough, which is then battered with crinkle-cut chips. 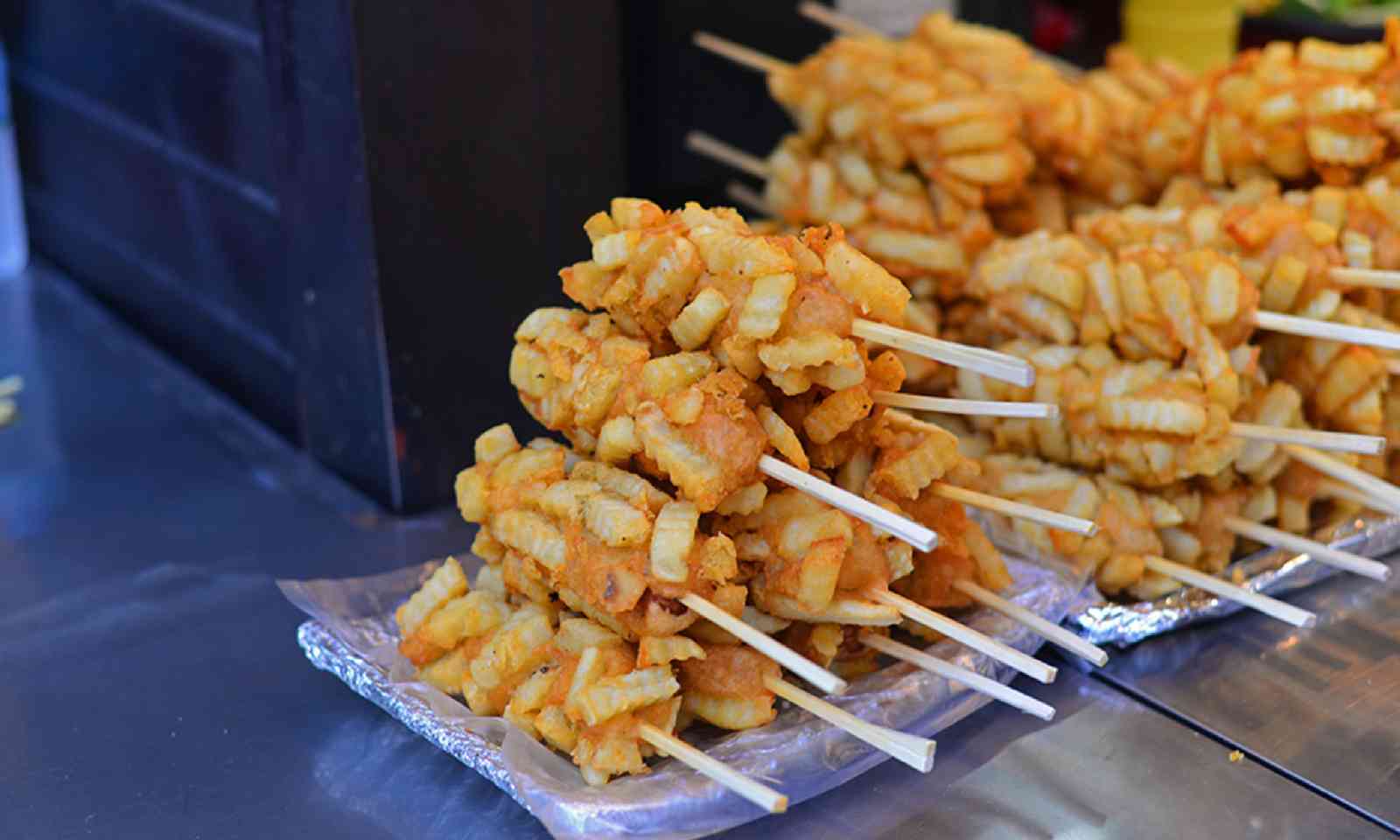 The only effort required is deciding whether to have it with ketchup or mustard. See our Beginner's guide to Seoul's street food. 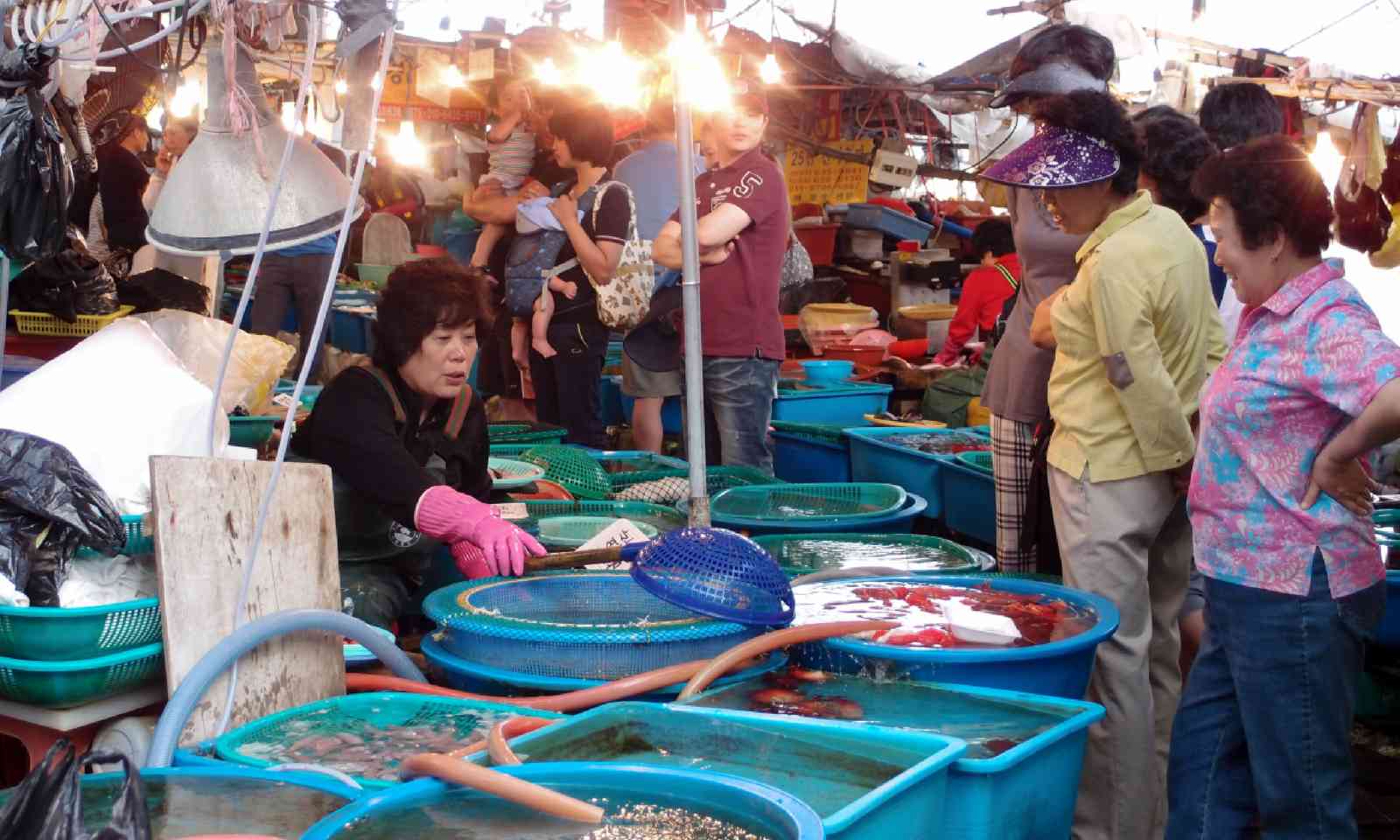 Baby squid are eaten live in South Korea, although the risk of the creature’s suckers attaching themselves to one’s tongue might put you off...

Rats are consumed throughout South-East Asia. They’re also eaten in north east India, in the state of Bihar: there, the Musahar community – traditional eaters of field rats – now farm the animals on a commercial basis. 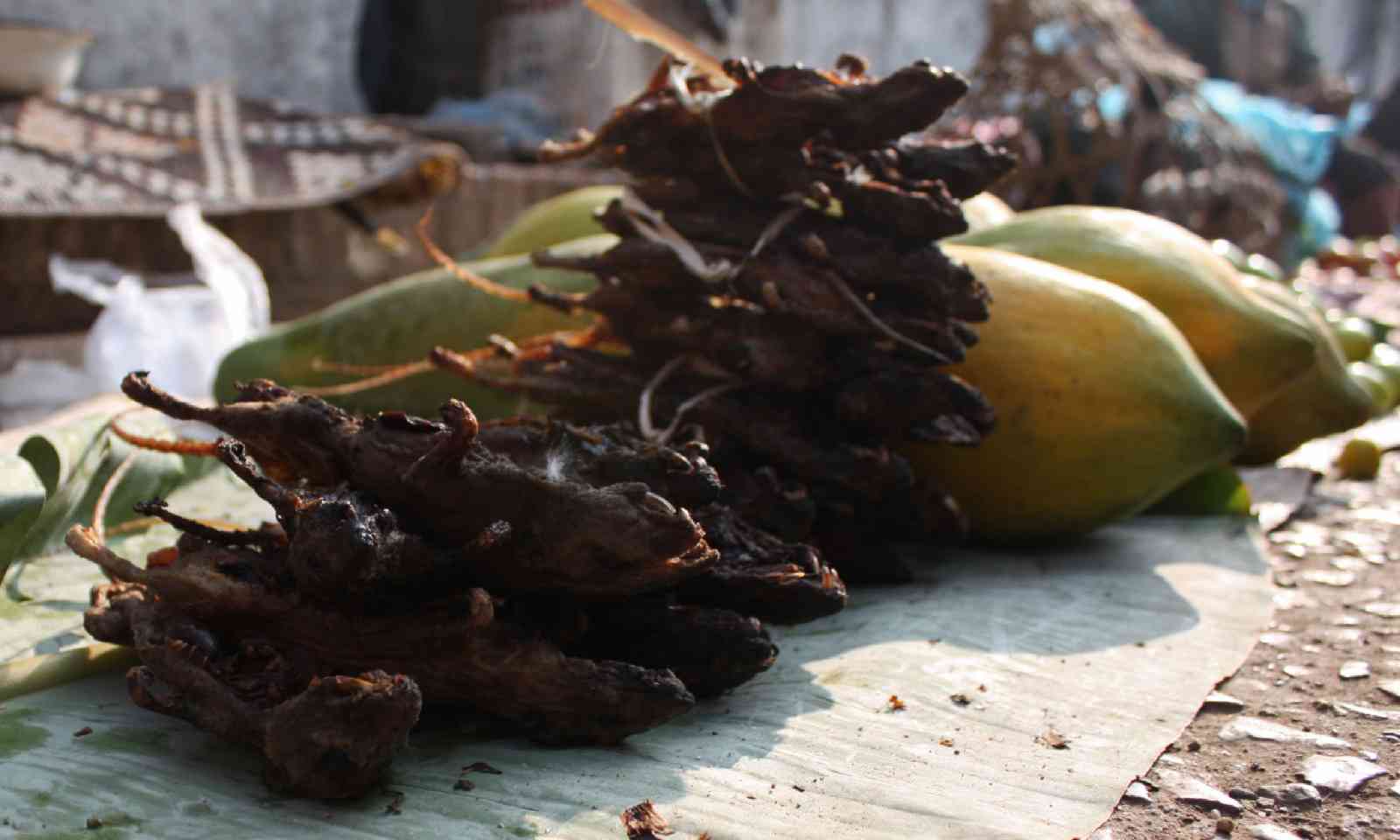 Before you make a beeline for your nearest sewer, however, it’s probably worth bearing in mind that field rats tend to have a much healthier diet than their urban cousins.

How much is that doggy in the window? In the West, eating man’s best friend is widely regarded as unconscionable. Not so in Vietnam, China and South Korea, where dog is a popular dish. In Hanoi, for example, a whole area of the city specialises in dog-meat restaurants.

**We were going to put a picture here, but we thought it was a step too far. Call us squeamish, but we think your eyes have suffered enough**

In some Asian communities, dog is said to bring good luck when consumed at certain times of the lunar month. It’s also eaten almost exclusively by businessmen – as part of a kind of alpha-male ritual – in the belief that the meat will make them virile. At the very least, dog is extremely versatile: while in Beijing, I came across a recipe book outlining 167 different ways to cook the animal.


These delightful delicacies have been brought to you by Yuck! The things people eat by Neil Setchfield (£9.95, Merrel)