From bed-ins in Amsterdam to campervan trips in the USA, take inspiration from the tales of these notable newly-weds. But be warned: these celebrity haunts aren't all as glamourous as you may think... 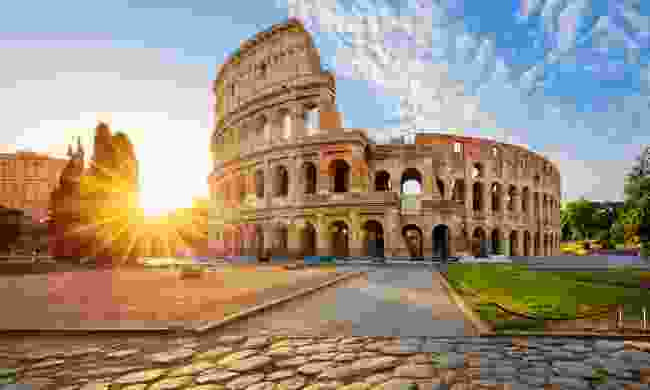 The popstar married Jones, bassist with Brit band The Feeling, in Italy in 2005 – and stayed on for a thoroughly modern mini-moon. “We didn’t have much of a honeymoon because our son was still very young, so we went to Rome for two nights.

There are no eyesores anywhere – the city is absurdly pretty. I wandered around thinking, ‘Oh come on, nowhere is this beautiful!’. We strolled the streets, saw the sights and ate lovely meals. It really felt like a honeymoon, it was so romantic.” 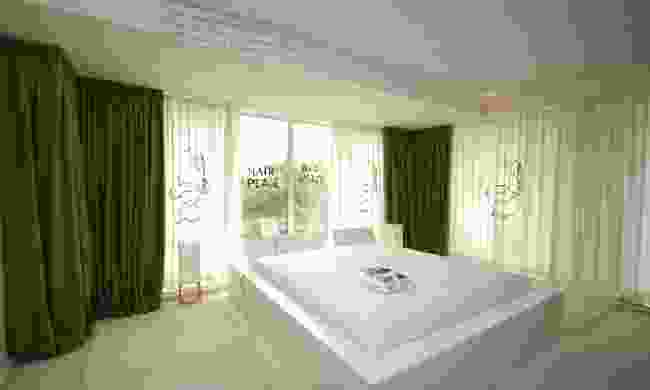 Perhaps the world’s most filmed and photographed honeymoon took place in room 702 of the Amsterdam Hilton, 25-31 March 1969. The Beatle and the artist had married five days earlier in Gibraltar, and then checked into their Dutch hotel, got into bed and invited in the world’s media.

The week-long bed-in was an attempt to promote world peace in the face of the Vietnam War, and was immortalised in ‘The Ballad of John and Yoko’: ‘Drove from Paris to the Amsterdam Hilton / Talking in our beds for a week / The newspapers said / Say what’re you doing in bed?/ I said we’re only trying to get us some peace.’ 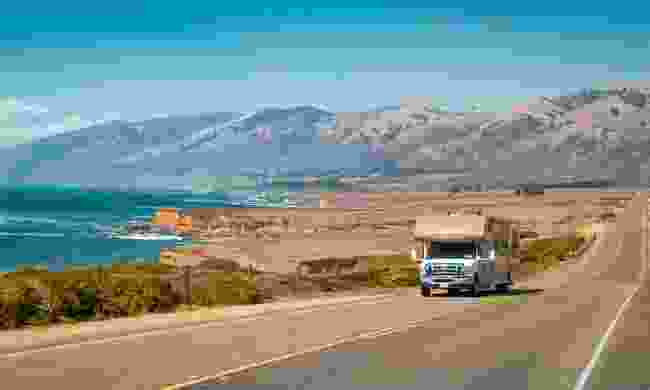 The Olympic oarsman-turned-endurance athlete married sports TV presenter Turner in 2002 – and applied the sportsman’s mindset to their US roadtrip honeymoon. “I hesitate to call it a holiday,” recalls Turner, “as that would suggest it involved relaxation. James’s idea of spoiling me involved booking the biggest campervan rig available, and starting each day by pointing at the map, picking a spot and putting his foot down until we arrived.

By the middle of week one, the penny dropped: sportsmen need a finish-line, a goal to achieve. They tend not to be great at enjoying the view. Once I had worked out his agenda, I put my foot down. We ditched the campervan, bought a hotel guide and spent the second half of the trip driving in a comfortable 4WD to quaint B&Bs.” 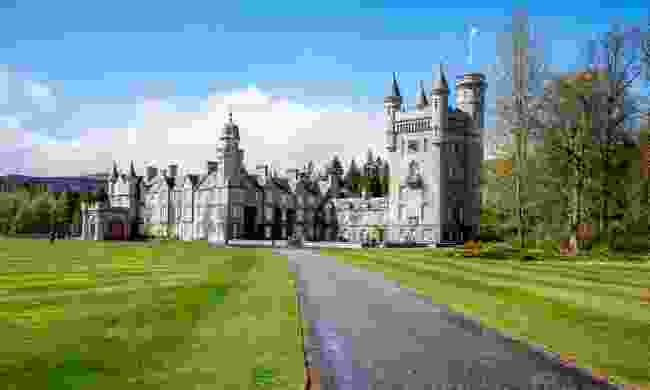 The Queen celebrates her Diamond Jubilee in 2012, but perhaps even more impressive than 60 years on the throne is 65 years of marriage. Despite a globetrotting reign, her own 1947 honeymoon was in Britain: she and the Duke of Edinburgh took the train from Waterloo to Lord Mountbatten’s Broadlands Estate in Hampshire (accompanied by Susan the corgi), and then travelled on to Balmoral in Scotland. The cameramen from British Pathé who had covered the wedding vowed to ‘respect the seclusion they have so-well deserved’. 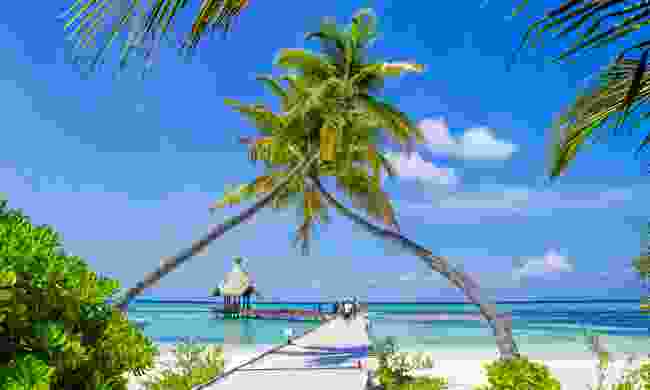 Where does a hard-bitten ex-SAS-operative-turned-thriller-writer take his fifth
wife on honeymoon? After a life dodging bullets everywhere from Ireland to Iraq, McNab (who writes under a pseudonym) opted for the deliciously safe and sunny Maldives.

“We would have normally gone for a more active holiday but we decided to basically veg out, relax and go for the full sun, sea and sand experience. Our island took only 45 minutes to walk around and we never left it once. The only advice I would give is to be prepared for no mobile coverage, no TV, no cars. Take books and films that you have always wanted to read and watch but never had the time. We loved it.” 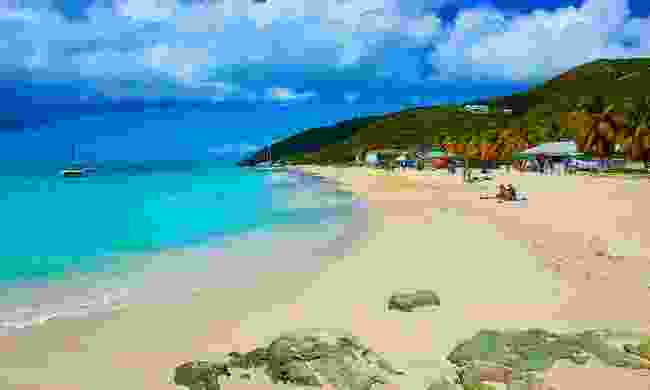 A beach on Antigua (Dreamstime)

After a career of careering round the world on motorbikes, you might expect the adventurer and TV presenter to take an adrenalin-fuelled honeymoon. But quite the reverse: “Up until the point you get married it’s mayhem getting everything organised, so Antigua was a great place to relax.”

Even so, the Boormans did have one automotive adventure: “I convinced my wife to play a round of golf, but she said she’d only do it if she could ride the golf buggy. At the ninth hole she came screaming down the hill, all four wheels of the buggy off the ground, and skidded to a halt next to me. I was standing there mouth wide open. It was at that point we got thrown off the course…” 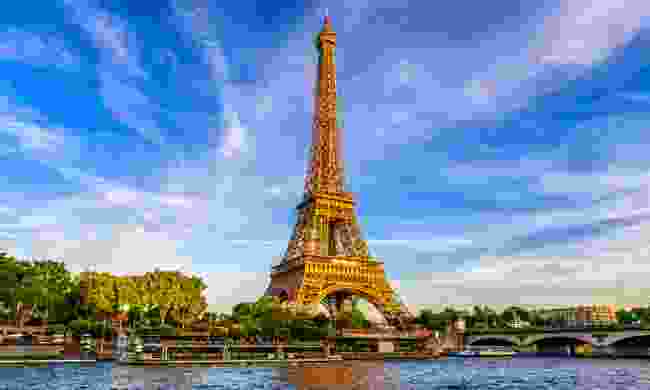 The city of love, Paris (Shutterstock)

When the acclaimed travel writer whisked his new wife off to Paris in 1974, he was a student and his betrothed was a nurse, so budgeting was critical.

“We had next to no money,” he recalls in his book Neither Here Nor There. “I had spent the whole of my savings, some £18, on a suit for the wedding – a remarkable piece of apparel with lapels that had been modelled on the tail fins of a 1957 Coupe de Ville and trousers so copiously flared that when I walked you didn’t see my legs move – and had to borrow £12 spending money from my father-in-law in order, as I pointed out, to keep his daughter from starving during her first week of married life.” 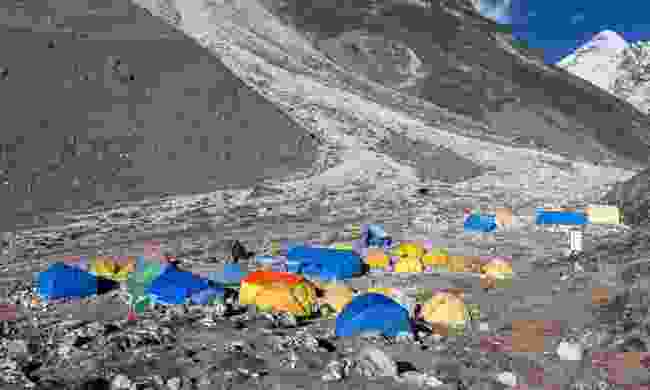 When you marry the world’s greatest living explorer you probably don’t expect to be honeymooning in Bora Bora, but a flyblown tent at Everest Base Camp...

A few days after Fiennes married his second wife in 2005, they travelled to Nepal to help him acclimatise for his second (and ultimately unsuccessful) Everest summit attempt. “Louise and I shared a two-man tent, which was hardly a honeymoon suite,” he recalls in his autobiography Mad, Bad & Dangerous to Know, adding: “There was no privacy and it had a haunted air.”

After nearly dying up Everest, Fiennes took his bride to a somewhat more romantic villa in southern Spain. 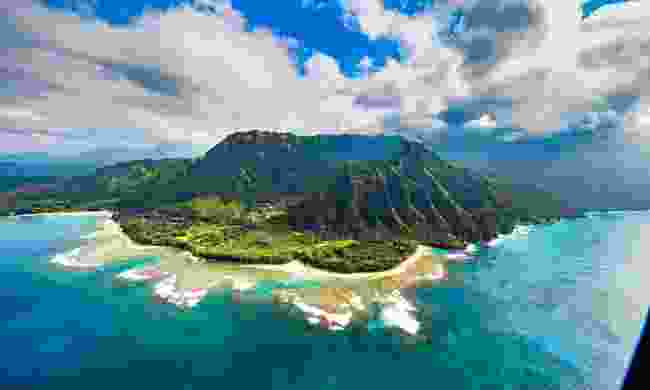 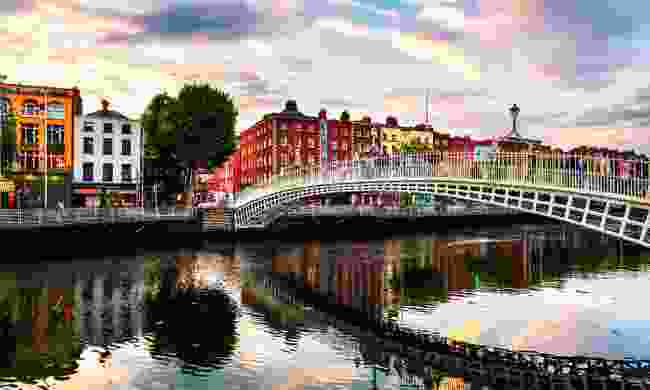 The nation’s favourite TV traveller took his very first flight on honeymoon in April 1966. “We went to Ireland on a Viscount plane, but I can’t remember anything about the flight. We just wanted to get to Dublin and get into the hotel! It’s such a beautiful country but on our honeymoon, I have to say, it rained almost continuously for four days. We were just married though, so we went to bed very early…”