The best tours of the Arctic are guaranteed to get you into the heart of this remote and beautiful region...

1. Sail the Arctic seas from Iceland to Canada

Set sail on an in-depth 18-day exploration of the most historic and remote corners of Iceland, Greenland and Canada. These are untamed lands of glaciers and icebergs, where ice-clad mountains and fjords open dramatically into the sea. Regular Zodiac excursions will get you up close to Arctic wildlife like whales, walruses, polar bears and puffins. 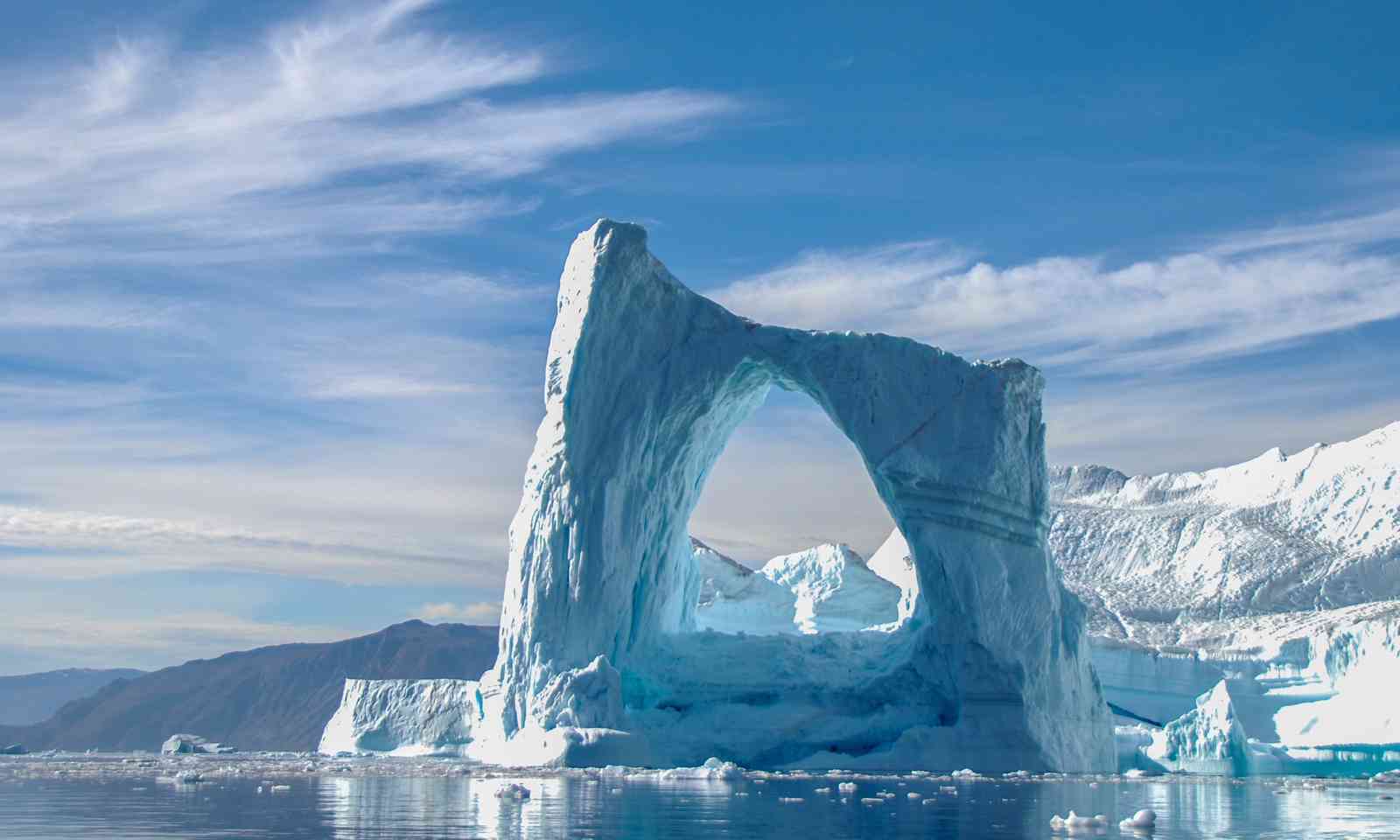 As you sail from Reykjavik to Ottawa, you’ll also get the chance to poke around the ruins of Skjoldungen, an authentic Arctic ghost town, visit an historic whaling station on Kekerten Island and soak your muscles (while soaking up the scenery) in Greenland’s natural hot springs. You’ll drop by Inuit settlements too, and get the chance to mingle with the locals and learn about their way of life.

What makes it special: Experiencing untamed corners of the Arctic that few get to see

2. Watch whales under the Midnight Sun

Sitting on the edge of the continental shelf, the waters just off Andenes in Arctic Norway are a primary feeding ground for whales in this part of the world. Indeed, sightings are so common here that whale watching companies offer a money-back guarantee if you don’t see any. Whatever whale you’re looking for – fin whales, minke whales, pilot whales, humpbacks, orcas or sperm whales – you’re bound to see them here. 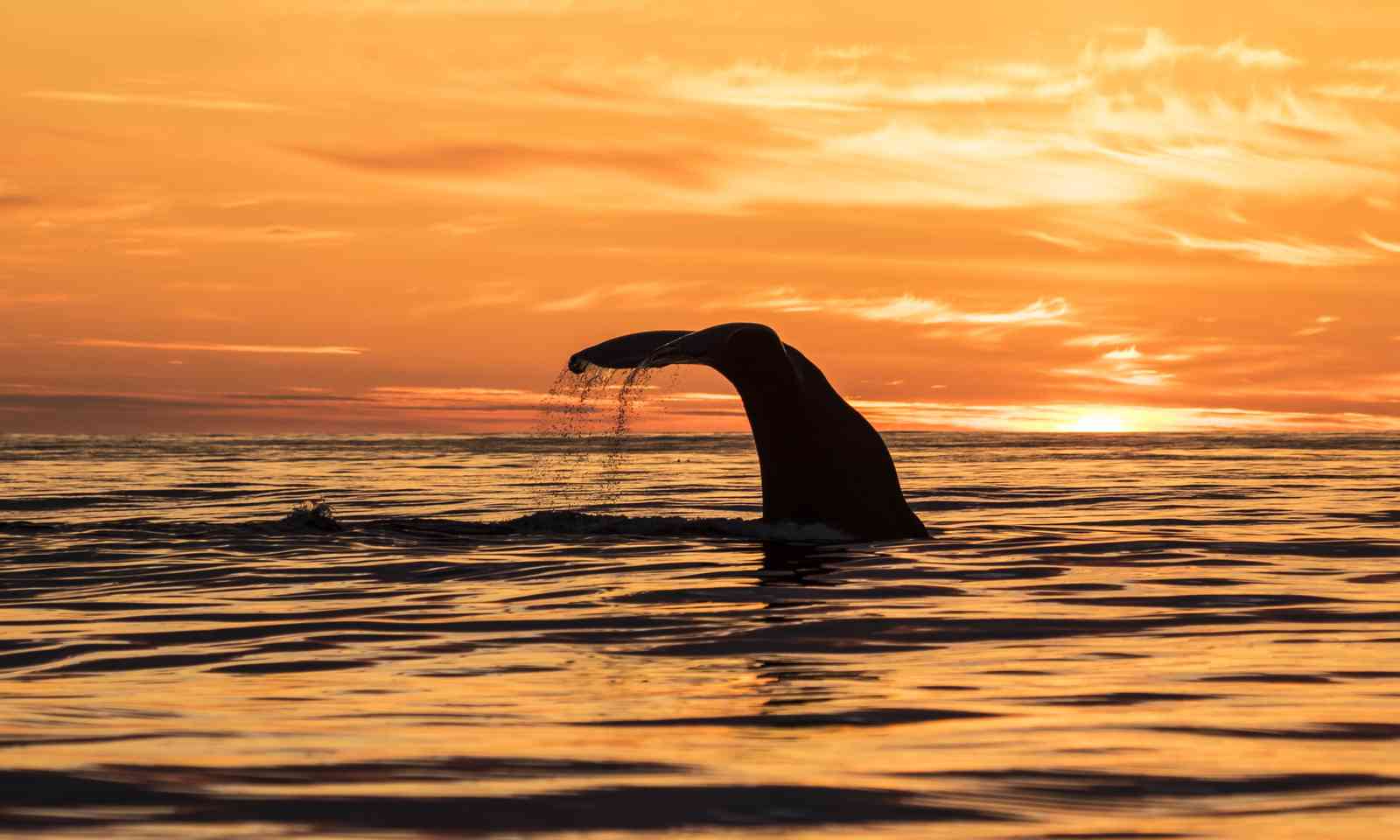 Sperm whale near Andenes on a midsummer night  (Dreamstime)

This eight-day tailor-made tour explores northern Norway's Arctic outposts from Andenes in Vesterålen to the Arctic capital, Tromso. As well as ample opportunity for whale-watching, the tour also includes a stay in Hamn I Senja, a fishing hamlet with a beautiful harbour and ringed by fearsome mountains. It’s the perfect base for boat trips, hiking, kayaking, and deep-sea fishing – as well as bird- and whale-watching.

What makes it special: Whales are virtually guaranteed

3. Meet the polar bears of Svalbard

The Svalbard archipelago is a nature-lovers delight, a remote corner of the high Arctic where wildlife abounds. This is the land of polar bears, walrus, arctic fox, reindeer, Beluga and Fin whales and the magical birds of the far north: Ivory Gull, Red Phalarope, King Eider, Sabine’s Gull, Pomarine and Long-tailed Skua. 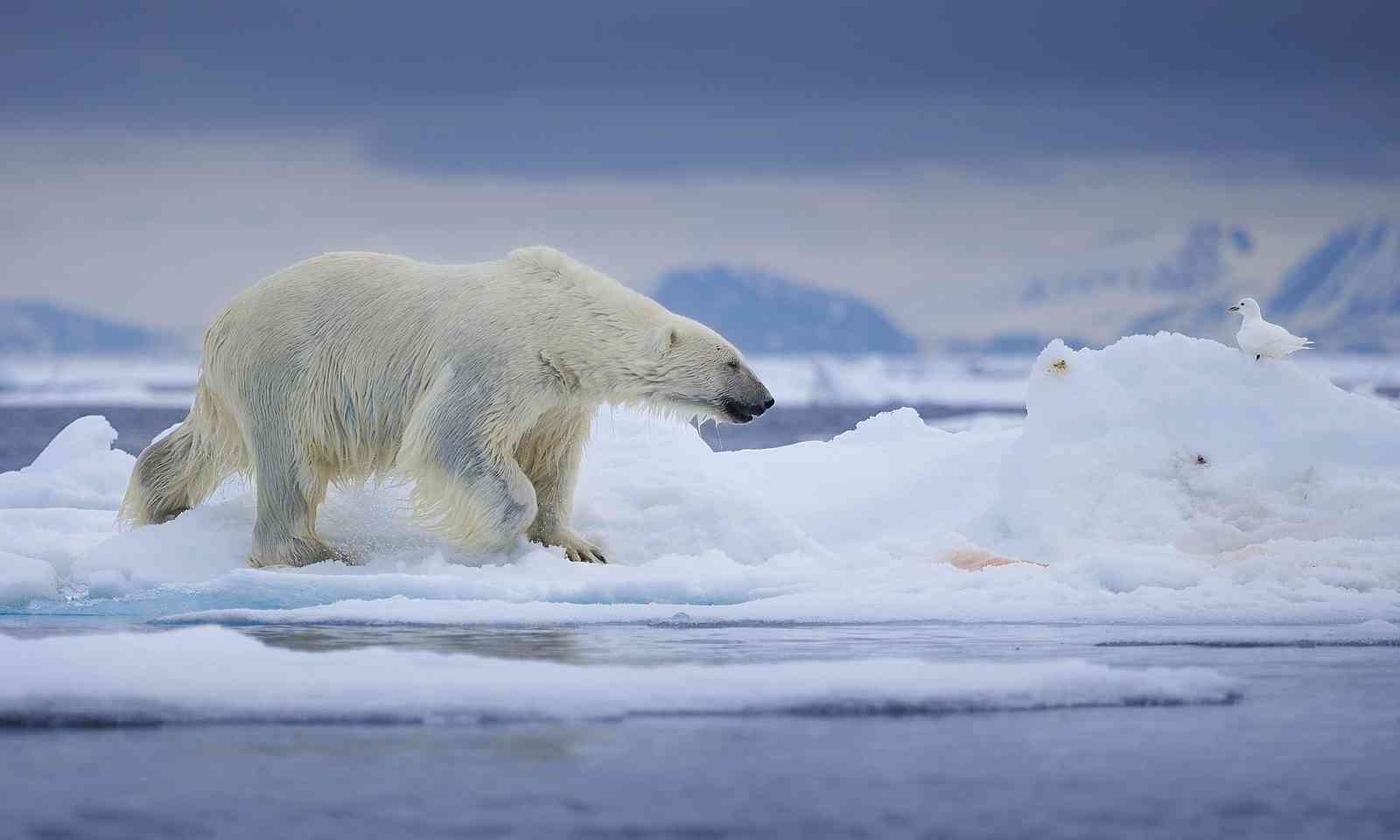 Polar bear after taking a dip in Svalbard (Dreamstime)

Your home will be the MV Ortelius, an excellent, ice-reinforced modern vessel, that comfortably fits 120 passengers in cabins with outside views and offers excellent cuisine prepared by international chefs. Each day the ship's fleet of Zodiacs will take you closer to the pack-ice and make safe, easy, shore landings where polar bear sightings are almost guaranteed.

What makes it special: Getting close to polar bears

4. Hunt for mammoths in northeast Siberia

Join renowned zoologist and author Mark Carwardine on 14-night expedition cruise across the Arctic Circle to Wrangel Island, a remote and isolated Russian island off the wild coastline of northeast Siberia that has only just been opened to outsiders. It is a journey only made possible by the retreat of the pack ice in summer and the thawing in regional politics in recent years, and you’ll be amongst the first to make it. 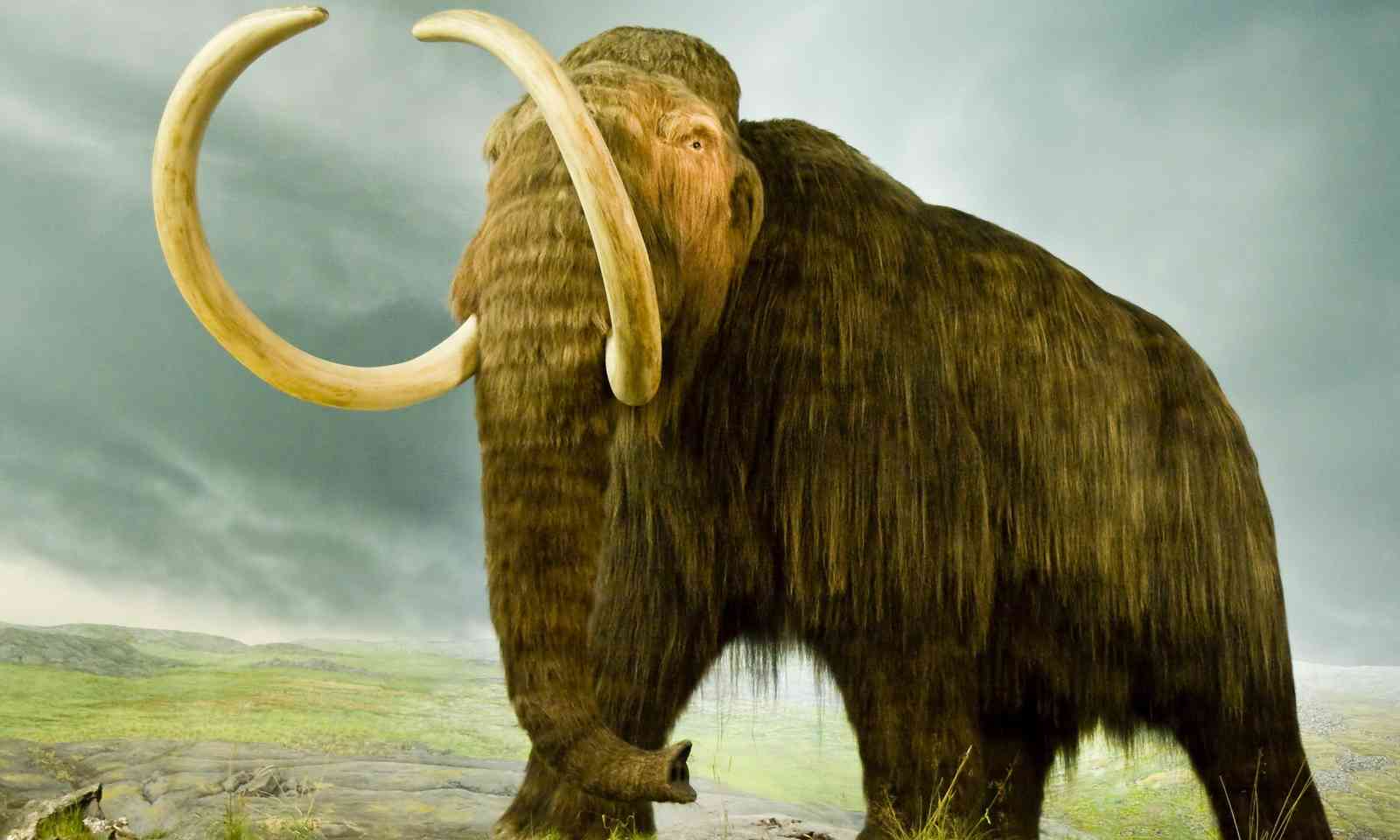 As well as encounters with polar bears and other iconic Arctic birds and wildlife, Zodiac outings and multiple landings provide the chance to experience Wrangel's rich natural history and unique evolutionary status. Keep a close eye on those geological formations – mammoth tusks have been known to lie within.

What makes it special: A chance to make history and observe it

5. Drive the ice roads of Canada

Travelling in a specially-adapted 4WD, you’ll drive overland from the Pacific to the Arctic, along snow-covered highways and roadways built of ice, following ancient wildlife corridors, traditional routes of First Nations traders and roads first opened up by Klondike Gold Rush prospectors and NWMP patrolmen. Kissing the 'tarmac' on Canada's ice road (Windows on the World)

North of the Ogilvie Mountains, the landscape gradually flattens to low tundra and just after crossing the Arctic Circle the Richardson Mountains, the Northern-most extension of the Rocky Mountains, come into view. From here, the roadway will begin it’s descent into the impressive Mackenzie River Delta, 12th largest in the world, to arrive at Inuvik, known as the Place of Man.

Your final destination? The Inuvialuit village of Tuktoyaktuk, on the Arctic coast and accessible only by a winter 'ice-road' constructed out of the frozen ice of the Mackenzie River and the Arctic Ocean.

Ice Road to Tuktoyaktuk, Windows on the World

What makes it special: Testing your nerve on the ice roads of Canada’s far north

6. Plant your feet on the north pole

Climb aboard the world’s largest, most-powerful nuclear icebreaker, 50 Years of Victory, on an expedition to 90 degrees North. Crushing through multi-year pack ice, the journey can take as long as a week, which only helps to heighten the level of excitement when you finally reach the North Pole.

You can celebrate your arrival with a glass of champagne or float above the North Pole on an optional hot air balloon ride. Zodiacs are also on hand to explore remote seabird colonies, seldom-visited landing sites, and to discover historic remains from three ill-fated arctic expeditions.

What makes it special: The chance to stand on the top of the world

Join Sami herders and experience the spring migration of Alta reindeers as they leave the snowy inland landscape and head towards the cooler northern coast for the spring. Passing frozen lakes, mountains and plateaus before finally reaching the reindeers home for the spring - snow covered valleys and mossy landscapes ­– you’ll gain an unique insight into the Sami way of life.

Good physical fitness is required. You’ll live with a family of Sami reindeer herders, travel with the reindeer as they migrate north and set up camps and sleep in traditional tents. You’ll eat Sami food, too.

In short, for one week at least, you will be a Sami reindeer herder.

What makes it special: Living the life of a traditional Sami reindeer herder.

8. Get close to polar bears in Canada

Imagine watching polar bears in their natural habitat alongside a naturalist expert from Polar Bears International, one of the world’s leading organisations dedicated to protecting these amazing animals. That’s the opportunity that awaits you in Churchill, Canada, recognised as the polar bear capital of the world. 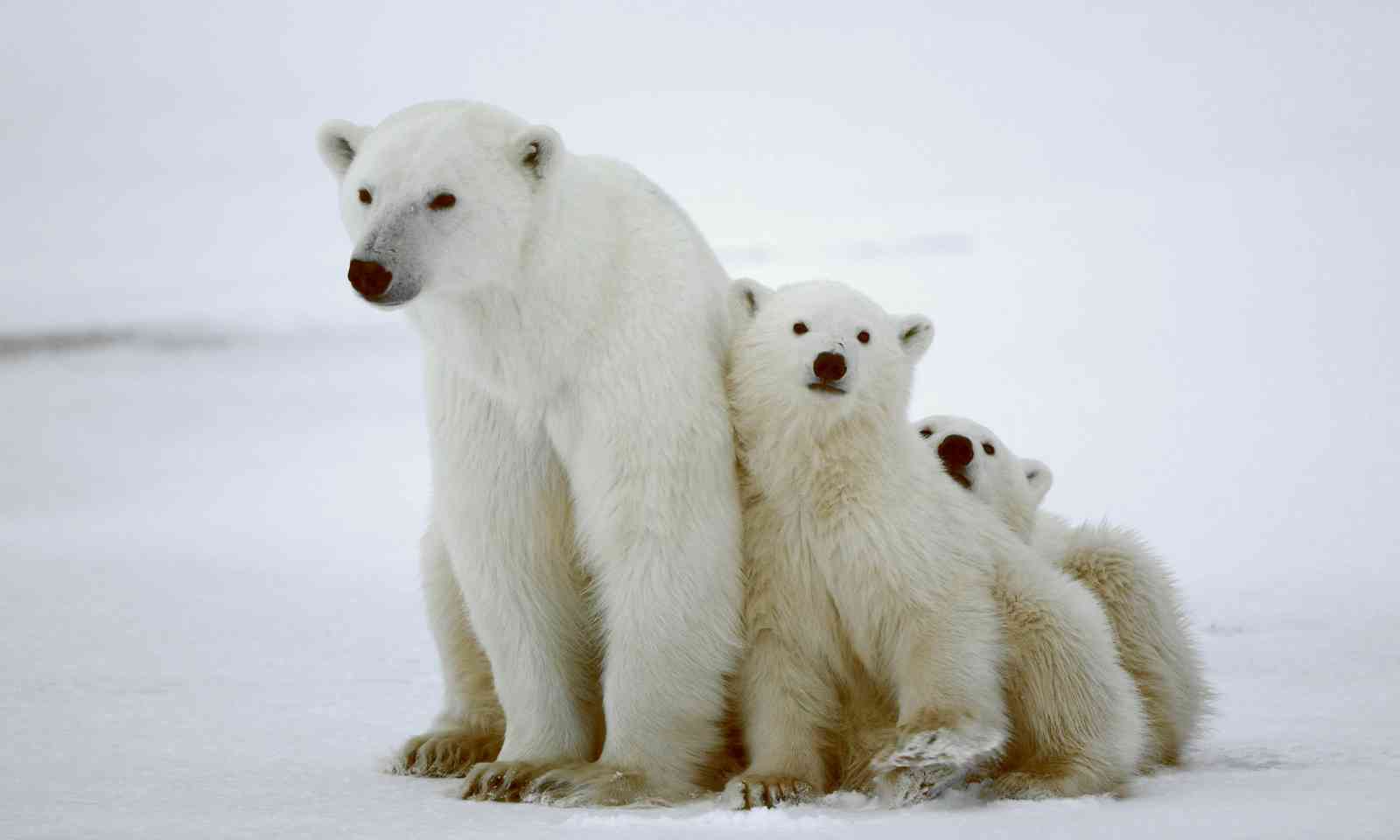 As well as watching polar bears in the wild, you’ll get an all-access tour of the Manitoba Conservation’s Polar Bear Holding Facility. The nearby Eskimo Museum features one of the best collections of Inuit art and artefacts. Enjoy a picnic lunch on the tundra or opt to go dogsledding in the region’s breathtaking landscapes. And each evening, there’s the opportunity to drive through the remote landscape in search of the Northern Lights.

What makes it special: Access all areas in the Polar Bear capital of the world

The epic quest to find the Northwest Passage occupied some of the best minds of European civilisation for half a millennium. Today you can join an adventurous cruise along this elusive and iconic route on a voyage that offers a fascinating history, spectacular icebergs and the chance to see wildlife including polar bears and narwhals. 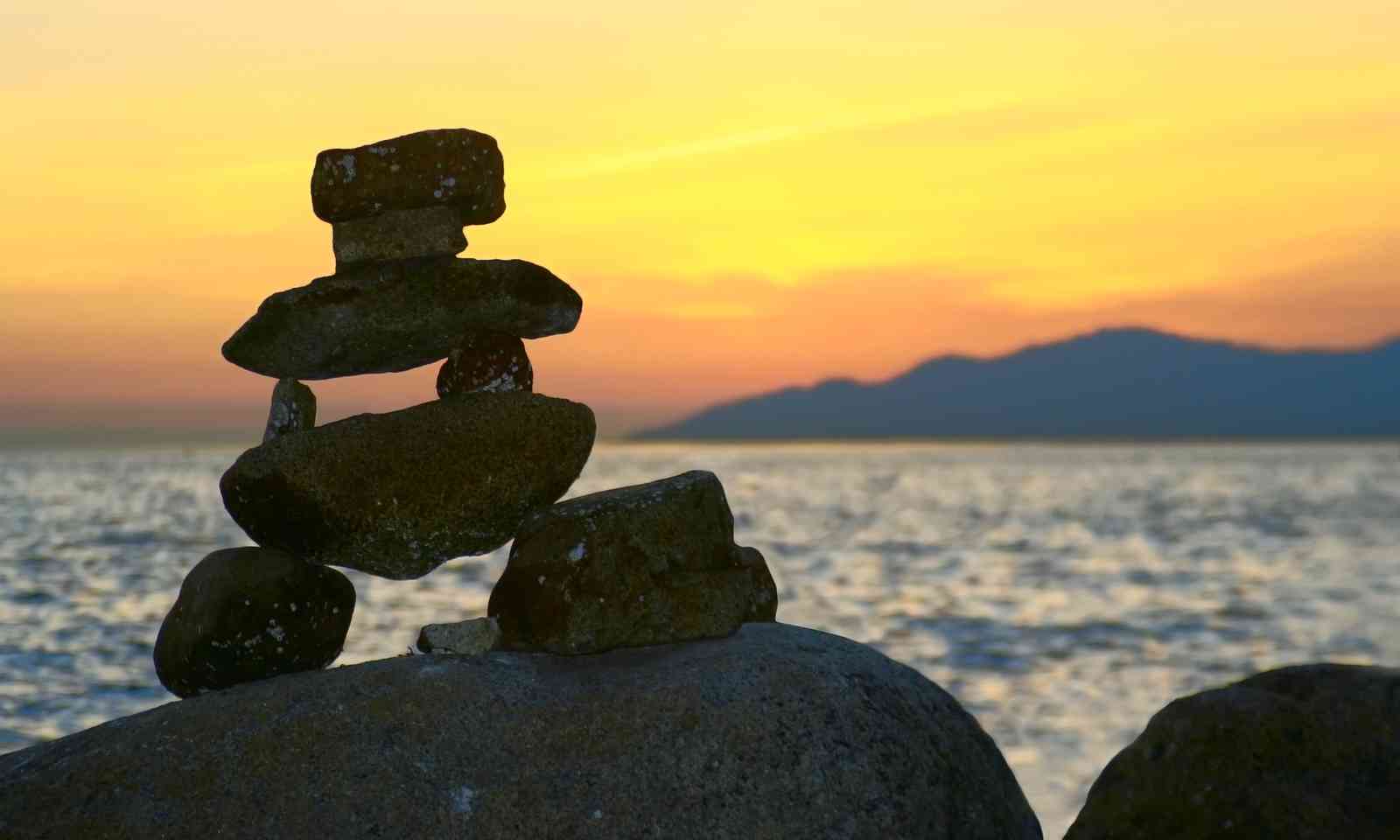 It is also a chance to visit local communities and to experience the isolated way of life faced by the Inuits of the Canadian Arctic. Locals will demonstrate traditional throat-singing and Inuit games, and explain the importance of the deep fjords, ancient glaciers and abundant wildlife in their culture.

What makes it special: A fabled voyage through fabled lands

10. The world's most extreme wildlife watching

The Arctic Watch Wilderness Lodge is the world’s most northerly and remote lodge. Situated on the northern tip of Somerset Island in Arctic Canada, the lodge is  a world-class beluga whale observation site and your base to explore this wild region and encounter the unique wildlife that calls it home. 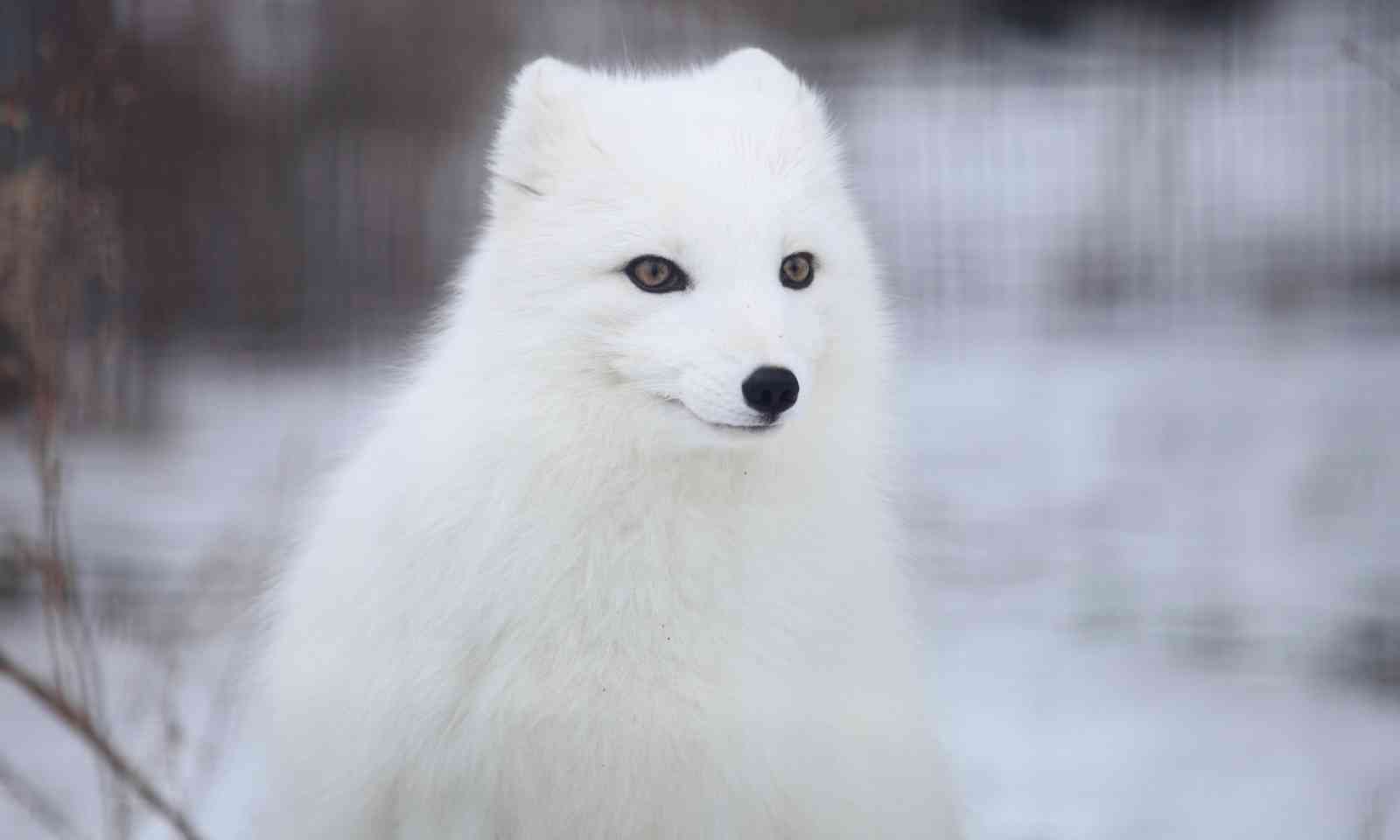 Each day brings the chance of new wildlife sightings, including beluga whales, ringed seals, polar bears, roaming musk oxen, Arctic foxes, snowy owls and more. Learn to drive all-terrain vehicles, try your hand at kayaking among icebergs, navigate the gentle Cunningham River rapids on a raft and fish for Arctic char at Inukshuk Lake. You can also explore the shorelines and canyons on hikes to Triple Waterfalls, Kayak Falls and the Badlands.

What makes it special: An intense wildlife experience that will live with you forever

Main image: A polar bear gazing across the ocean in Svalbard (Dreamstime)