'Tis the season to be jolly: 8 alternative winter festivals guaranteed to cheer you up

Winter doesn't have to mean mulled wine and mistletoe. Spice up Christmas this year at one of these far-flung festivals – they're colourful, exotic and a lot of fun... 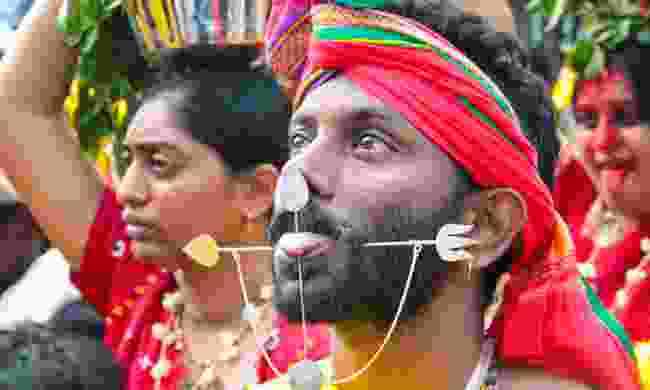 Devotees go to different lengths to demonstrate their faith, endurance and penance to Lord Murugan, a Hindu God, in this dynamic and colourful event. Most join the procession to the Batu Caves, where they will climb the 272 steps to Murugan's shrine, and others carry pots of milk on their heads as a sign of loyalty and love.

Extreme devotees pierce their skin with two skewers, one through the cheek and one through the tongue, while others carry elaborate frameworks on their shoulders called Kavadis, which have long chains with hooks pushed into their backs.

The devotees are said not to feel pain or lose blood as they are in a spiritual trance. If you have the stomach for it, the Thaipusam festival can be an enlightening cultural experience. 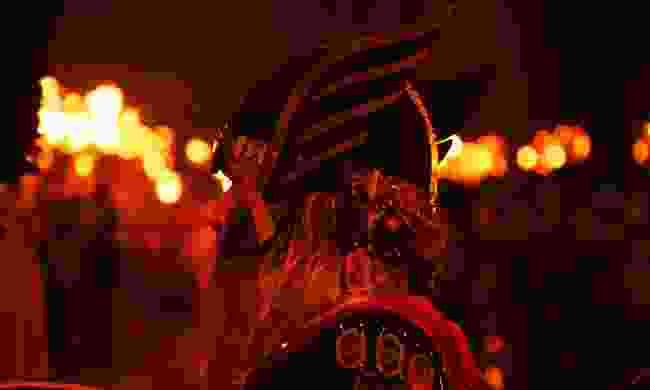 Every year in January 1,000 wannabe Vikings take to the streets wielding flaming torches for a procession celebrating Shetland's history. The procession culminates with the ceremonial burning of a life size replica of a Viking longship built especially for the occasion. Following the burning of the galley the Vikings (or guizers), reunite and embark on 11 straight hours of drinking, dancing, performing and general frivolity.

Visitors are warmly welcomed to view the event, but it is very much a local celebration, and participation in the procession is reserved for residents only. Tickets are available for those who want to join in the post-procession festivities, but be quick, they're popular and get snapped up quick. 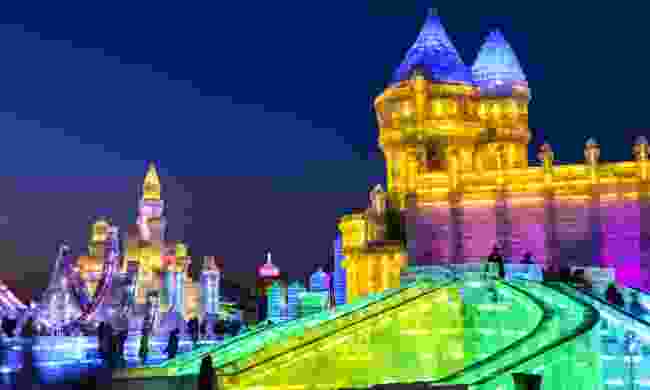 Wrap up warm and head over to Harbin in north-east China for one of the largest international ice festivals in the world. Crowds from around the world are drawn to this annual event to take part in various artistic, cultural and athletic activities.

Marvel at winter creations at the Snow Sculpture Expo or Ice Lantern Garden Party, where artists use a range of modern and traditional carving techniques. Or put your skills to the test in a skiing contest or figure-skating competition. 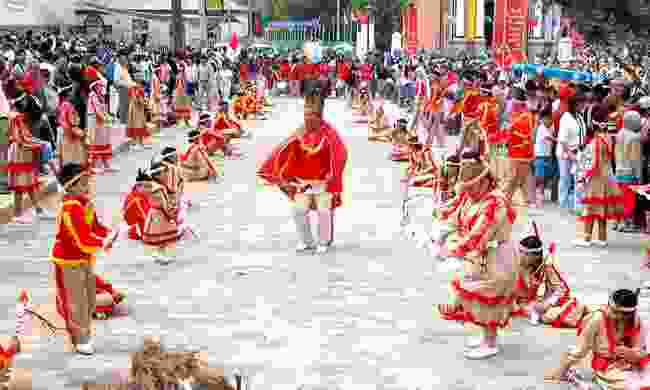 Once a year the quiet mining town of Andacollo in Chile transforms into a thriving festival as traditional dancers take to the streets to celebrate the patron saint of miners Virgen del Rosario. Thousands of people swell the town in the days leading up to festival, literally setting up camp where limited space is available.

Every detail, from the colours in their costumes to the beats of the music and steps of the dances, has a special meaning. The festival intertwines religious ceremonial dances with secular activities, such as horse-racing, cock-fighting, feasts, and of course, drinking. 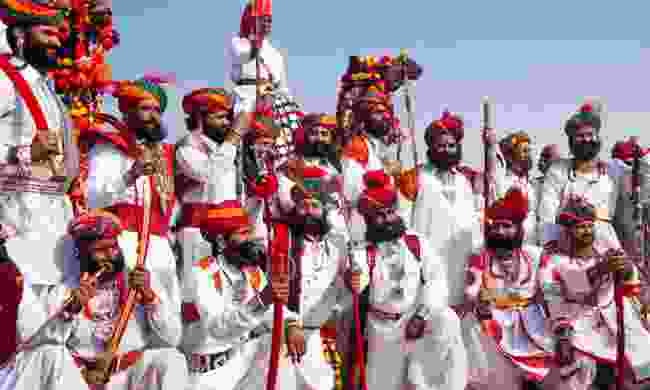 Every January Rajasthan throws together a kaleidoscopic display of rural culture and tradition dedicated to camels. The festival begins in Bikaner, the Desert City, with a procession of magnificently decorated camels, endowed in colourful bridles and jingling ankles. But the real fun is out in the desert, an hour's drive from the city. Here competitions are held, marked with typical Rajasthani colour, lifting music and beating rhythms – visitors are invited to join in tug of war with the locals.

One of the highlights of the festival is a camel race where the skills of both animal and trainer are put to the test in front of a cheering crowd. Camels are rarely thought of as graceful, but watch these creatures display amazing footwork as they move elegantly with the slightest direction of their riders. 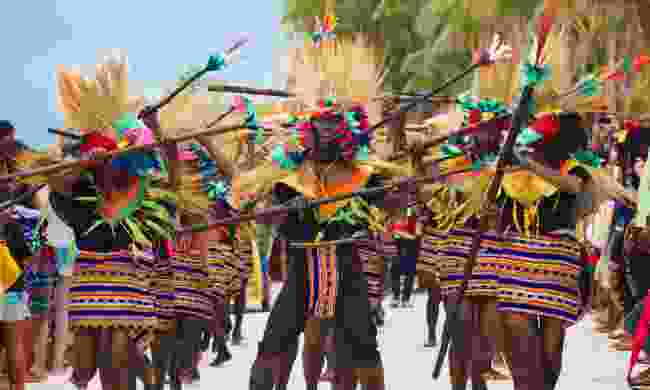 This is the wildest party in the Philippines. Locally-brewed rum fuels this energised Asian Mardi Gras, which culminates in a three-day, three-night delirium of festivities, carousing and dancing. The festival boasts street dancing contests by tribal groups dressed in flamboyant costumes and wearing extravagant headdresses, to the beats of marching bands.

Origins of the event date back to 1210, when Malay refugees were granted settlement on Panay Island by the Filipino natives; they showed their gratitude by smearing their faces and bodies with soot in affectionate imitation of their dark-skin. There is no cost to watch or participate in the festival, and thoughtfully no set dance routine to throw off first-timers. But prepare for the long-haul, the motto of the festival is “Hala Bira, Puera Pasma”, meaning “keep on going, no tiring”. 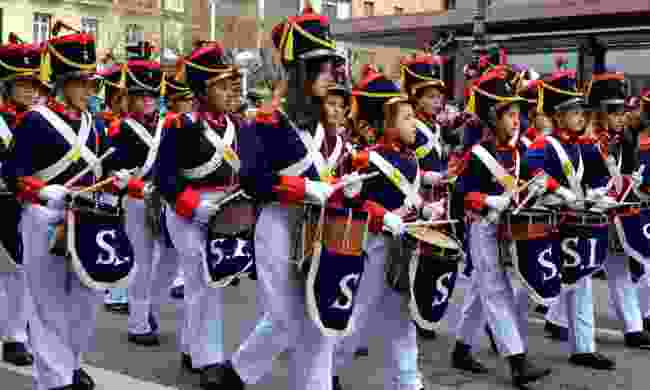 Every January the streets of San Sebastian in northern Spain come alive with the rhythm of drumbeats for 24 hours. The drums are rolled out on midnight on the evening of the 19 January in Plaza de la Constitution, followed by companies of uniformed marchers parading through the barrios of this seaside town beating thousands of drums in a deafening homage to their patron saint Donostia de San Sebastian.

The origins of La Tamborrada are a bit vague, but rumour has that it was the outcome of an impromptu street jam session with water barrels in the 1720s. Join in the high-decibel madness by beating on tambourines, bass drums, bongos, or anything that you can use to create a rhythm. 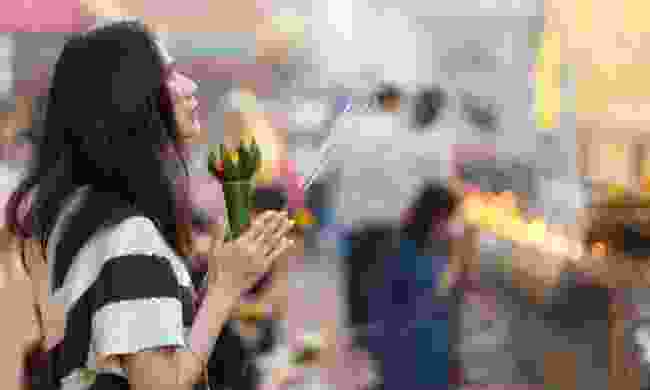 Not all festivities require thumping tunes, free-flowing booze and crowded spaces. On Bohdi Day, Buddhists around the world indulge in quiet celebration of Buddha’s awakening. Ceremonies vary between sects, but all commemorate Buddha's achievement of Nirvana, and the deliberation of what this means for the religion today.

Coloured lights are strung in the home to symbolise the many paths or enlightenment, and a fiscus tree is decorated with three ornaments representing the Three Jewels: the Bhudda, the Dharma and the Sangha. A meal of rice and milk is significant, as according to legend this was offered to Buddha after his awakening to help him regain strength.