Think you've been there and done that? Japan's capital has a whole host of hidden delights you should seek out on your next trip

Been to Tokyo and think you've seen all the city has to offer? Do you know the streets of Harajuku and Akihabara like the back of your hand? Or simply want to make your trip to Tokyo a little bit different? It's time to find something alternative to do in Tokyo...

Gundam Front Tokyo is a theme park featuring the popular Japanese anime series Mobile Suit Gundam in Odaiba. The theme park provides animation fans with an abundance of Gundam features, including an 18m tall statue to welcome them. Found in the DiverCity Tokyo Plaza, there's eccentric shopping and exploring for those not interested in the animated character. And plenty of photograph opportunities to add to your Tokyo albums.

While you're in Odaiba, take a trip to the onsen (hot spring) theme park – O-Edo Onsen Monogatari – for a relaxing dip.

Getting there: Odaiba is easily accessible from central Tokyo. Either take the Yamanote Line to Osaki Station, transfer onto the Tokyo Waterfront Area Rapid Transit Rinkai Line, and alight at Tokyo Teleport Station, or take the Yamanote Line to Shimbashi Station, transfer onto the New Transit Yurikamome, and alight at Telecom Center Station. 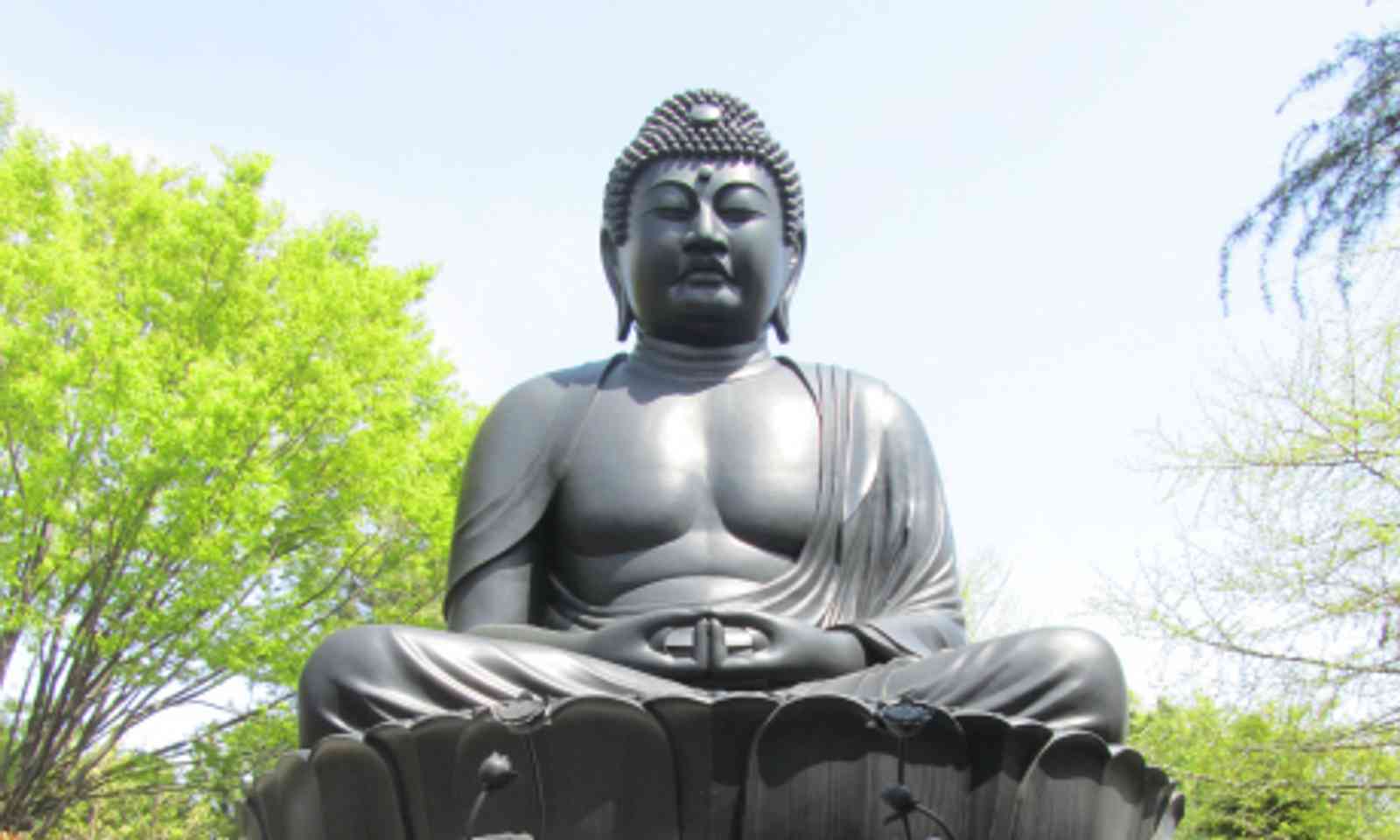 2. Stare up at big Buddhas

The giant Buddha statue in Kamakura is probably the most famous daibutsu in Japan, and Kamakura is an easy day trip from Tokyo. For those who wish to stay in the city though, there's a slightly smaller daibutsu in Tokyo itself.

The Tokyo Daibutsu is a little-known hidden treasure in Itabashi-ku, found in the grounds of Jourenji Temple. Jourenji was originally built in Nakayado, and moved to its current location in 1978. As well as the 13-metre tall Tokyo Daibutsu, there are many other curious statues located within the temple grounds, and it’s a very peaceful place to wander around, away from hectic central Tokyo.

Billed as 'the world's only parasitological museum', this could be Tokyo's quirkiest exhibition. The Meguro Parasitological Museum's English website encourages visitors to: “Think about parasites without a feeling of fear, and take the time to learn about their wonderful world of the parasites.”

The museum is also a research facility, established in 1953, and sets out to educate rather than inspire fear. Split into two floors, the museum gives a general overview of parasites and intricate details of the parasite life cycle.

There are over 300 preserved specimens on show, including an 8.8 metre-long tapeworm. Bizarre t-shirts featuring tapeworms, and other parasite-related merchandise is available (for those who want it) in the gift shop.

Getting there: The Meguro Parasitological Museum is easily accessible from Meguro Station, which is served by the Yamanote Line, among others. 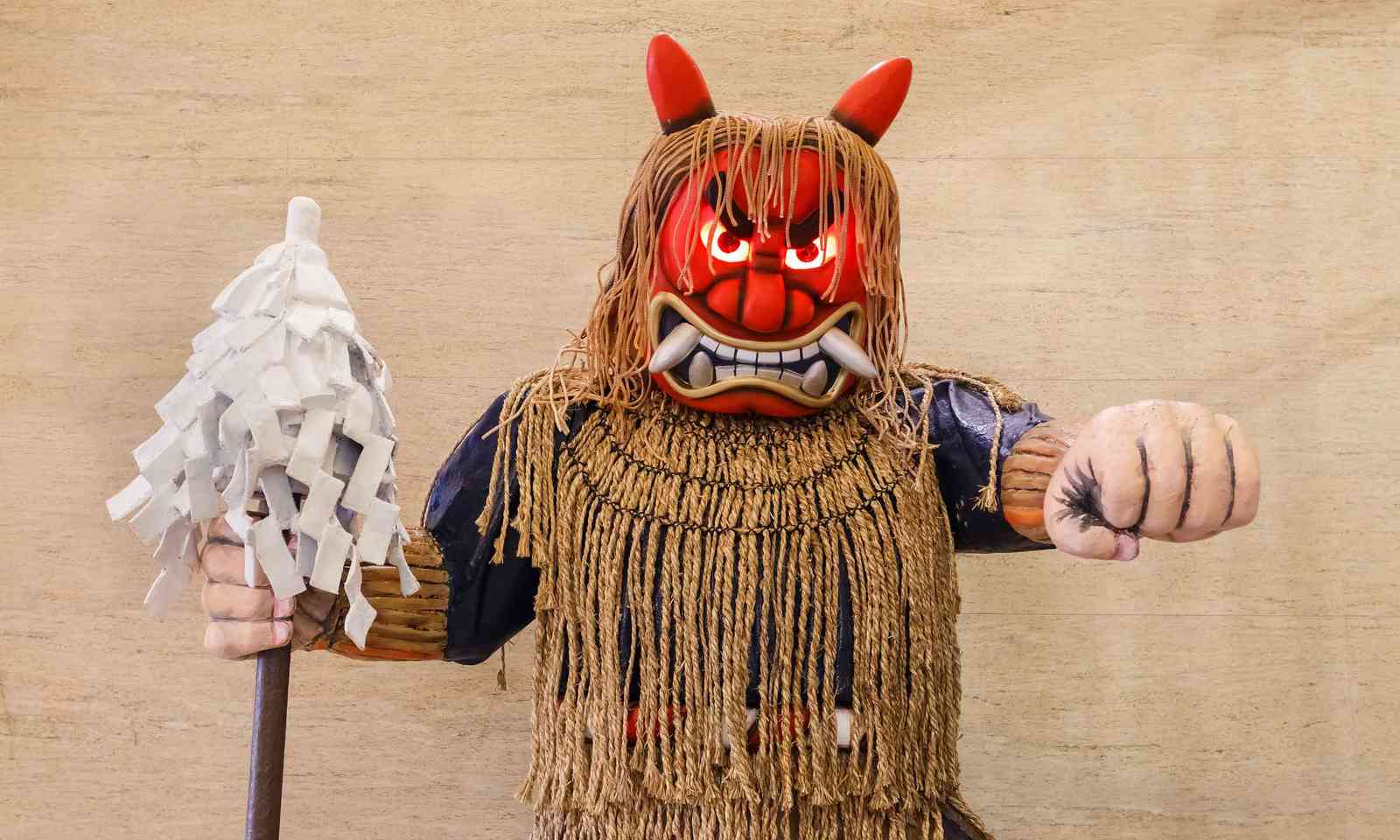 Fancy hunting down monsters in old Tokyo? Jindaiji is your place. After a short bus ride from Kichijoji Station you'll find yourself transported to a part of town with an Edo-period-vibe, that is worlds apart from modern day Tokyo.

Streets are lined with stalls selling traditional food and sweets, and an ancient temple stands, surrounded by trees. The temple, Jindaiji, is atmospheric though simple, and certainly worth checking out (especially if you've been stuck in Tokyo and haven't made it to Kyoto or Nara yet).

The real reason to visit this area is the monsters, or yokai in Japanese. Chofu, the municipality where Jindaiji is located, became famous following the success of a TV drama series which featured the wife of Shigeru Mizuki, the manga artist who created GeGeGe no Kitaro.

Even if you have never heard of this comic, you're sure to like the odd-looking characters, which can be found hiding around the streets. Gift shops sell GeGeGe no Kitaro comics (in Japanese), as well as a whole host of other unusual items you won't find anywhere else, such as GeGeGe no Kitaro branded Hello Kitty goods, and cookies shaped like yokai.

The streets are packed full with second-hand shops, selling everything from clothes and accessories, to records, to vintage and retro items, and there are plenty of bargains to be had if you have the time to look. Shimokitazawa also has great live music, small theatres and cool bars, which can be found dotted around its small winding streets and narrow alleyways.

Getting there: Shimokitazawa Station is on the Odakyu Line, which can be accessed at Shinjuku Station.

Although a lot of films that claim to be set in Tokyo were actually shot elsewhere, there are still a number of famous film locations to be found in Tokyo. Probably the most famous is Sophia Coppola's Lost in Translation (2003).

A day could easily be filled following in the footsteps of Bill Murray and Scarlett Johansson, visiting the Park Hyatt Tokyo in Shinjuku and its New York Bar, and various other locations around Shinjuku and Shibuya. Let your hair down and pay a visit to Karaoke-kan in Shibuya (30-8 Utagawacho), the karaoke bar that features in the movie.

Other film locations include the Hotel New Otani, which James Bond visits in You Only Live Twice (1967), Shibuya's J-Pop Cafe, as seen in Babel (2006), as well as various parts of Tokyo featured in The Ramen Girl (2008). 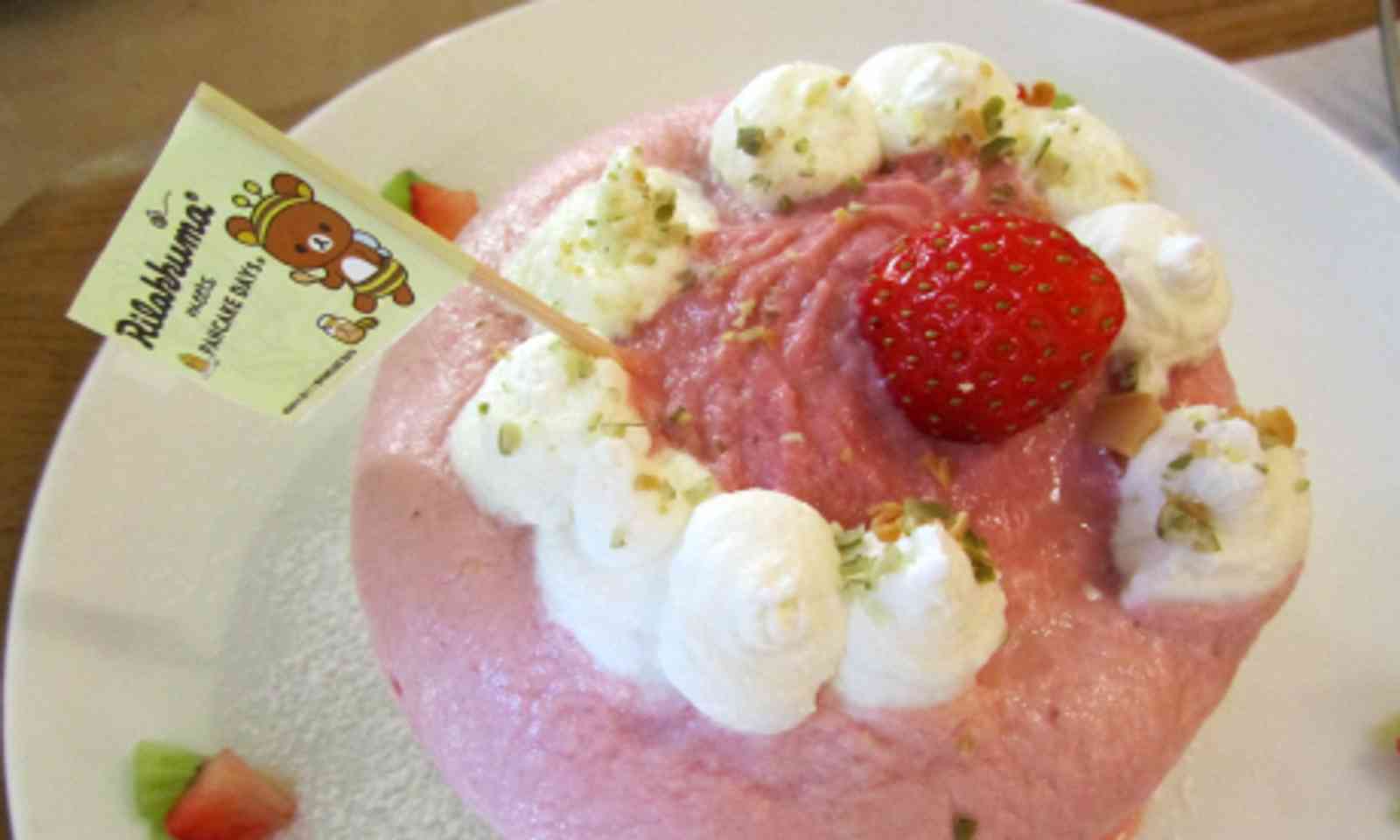 7. Gobble up piles of pancakes

Those with a sweet tooth should skip breakfast and arrive at Pancake Days with a big appetite! The menu at Pancake Days includes stacks of pancakes with cream, fruit and even smiley faces on top. For something more substantial try one of their savoury pancake dishes (such as bacon and cheese pancakes, or pancakes with beef curry).

Save yourself for the dessert menu, which includes tongue tingling titles as 'Caramelised Banana Chocolate Pancake' and 'Triple Berry Rare Cheese Pancake'.

Getting there: There are Pancake Days stores in Harajuku and Kichijoji, both of which are fairly close to the metro stations (and after a stack of pancakes you'll be glad of the short walk) 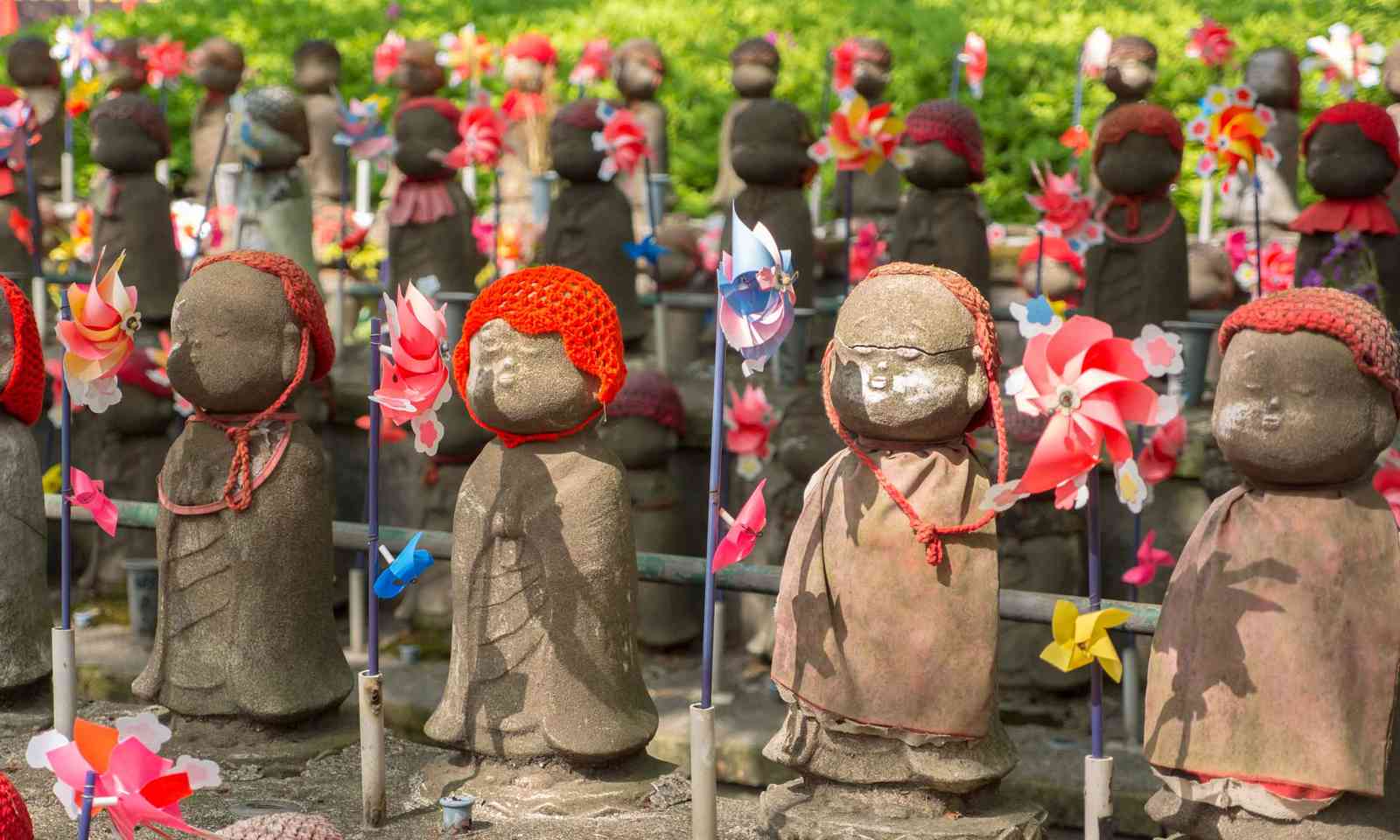 Zojoji (a temple very close to Tokyo Tower) is famous for its Jizo statues. Jizo is a bodhisattva regarded as the guardian of children, especially children who died before their parents.

Statues of Jizo are often dressed in colourful children’s clothes, especially bibs and hats, and placed at temples by grieving parents in the hope that Jizo will offer protection to their children in their journey through the underworld.

Jizo statues like this can be found all over Japan, but it is rare to see quite as many as there are at this city center temple. The statues here stand in lines which seem to go on forever, and are decorated with flowers and plastic windmills. While it is a sad place to visit, the colourful additions make the lines of little statues a sight worth seeing (just don't forget to be respectful of other visitors to the temple, who may be grieving).

In the temple grounds you'll also find the Mausoleum of Tokugawa Shoguns, which may be of interest to history-buffs.

Getting there: The nearest station to Zojoji is Hamamatsucho Station, which is on the Yamanote Line. Tokyo Tower can be seen from Zojyoji, and is easily reached on foot.

9. Have a free viewing

Everyone rushes to go up Tokyo Tower (and the Sky Tree), to see spectacular views of the city, but did you know that you can actually see a similar (possibly better) view of Tokyo for free?

The Tokyo Metropolitan Government Building in Shinjuku is one of the tallest buildings in Tokyo, and offers a free view of the city from the 45th floor. There are two panoramic observation decks, one in each tower, at a height of 202m.

Weather dependent, Mount Fuji can sometimes be seen from this building, and if that's your goal go up first thing in the morning, when there is less dust and smog in the air to obscure your view.

There is even a gift shop in the building – great for postcards and cheap souvenirs such as pens and toys. Tours of the Tokyo Metropolitan Government Buildings are available in English, Korean and Chinese, but you can of course simply visit by yourself to take in the view.

Getting there: The Tokyo Metropolitan Government Building is just a short walk from Shinjuku Station. 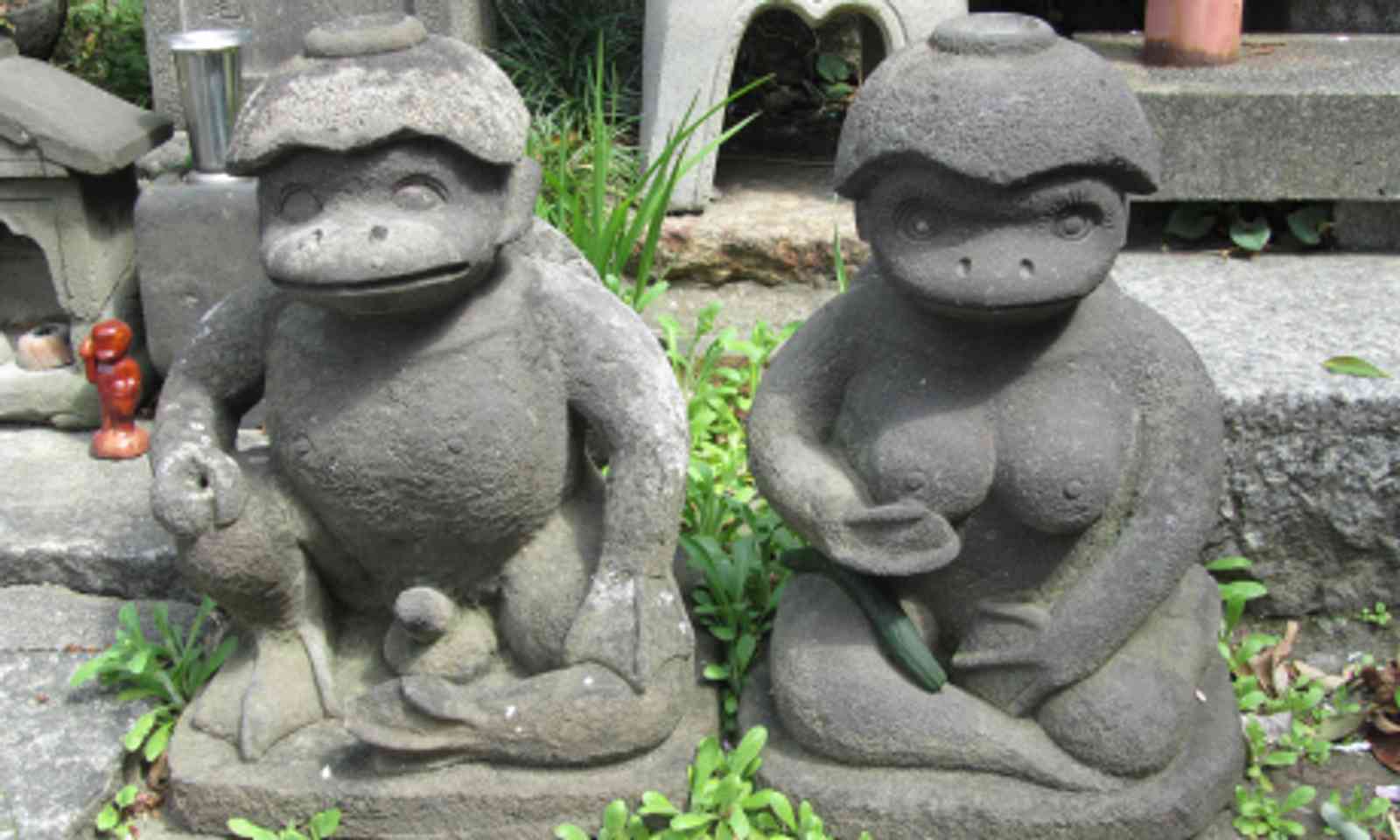 Kappabashi-dori, also known as Kitchen Town, is famous for two things: mythical water sprites and kitchen equipment. Although quite popular with tourists, this curious street rarely makes it on a “Tokyo’s Top 10” list. Most people who visit Kappabashi-dori do so in order to buy kitchen equipment, especially knives, crockery and plastic food samples.

The area's mascot is the kappa, or water sprite, and you can find the imp's statues all down the streets outside shops.

In one of the backstreets off Kappabashi-dori, there is a small temple called Sogenji, known as Kappa Temple. The temple is nothing special, but there is a pair of slightly unusual naked kappa statues in the grounds, which are worth taking a peek at.

Getting there: Kappabashi-dori is not far from Ueno Station or Asakusa Station.

Ali worked as a PA in a top publishing company in London, but in 2008 decided to pack it all in to follow her dreams of living in Japan. Living in Nagoya and Hamamatsu for a total of three years, she taught English at one of the biggest English conversation schools in the country.

Check our Japan travel guide to plan your own trip to this fascinating country | Plan a trip... More