10 adventurous things to do in Donegal

Meraid Griffin grew up on Ireland's rugged west coast. Here she reveals the ten things you must do to truly appreciate the area's wild beauty.

Even after living in and around Donegal for forty years, I’m still mesmerised by its beauty. Constantly changing light, raw and rugged coasts, peaty-brown streams and megalithic stones a photographer’s dream. It’s a land of myths and legends, where poets and musicians are inspired. Remote and unspoiled, it’s my perfect getaway.

Here are some of my favourite things to see and do on your visit to Donegal. 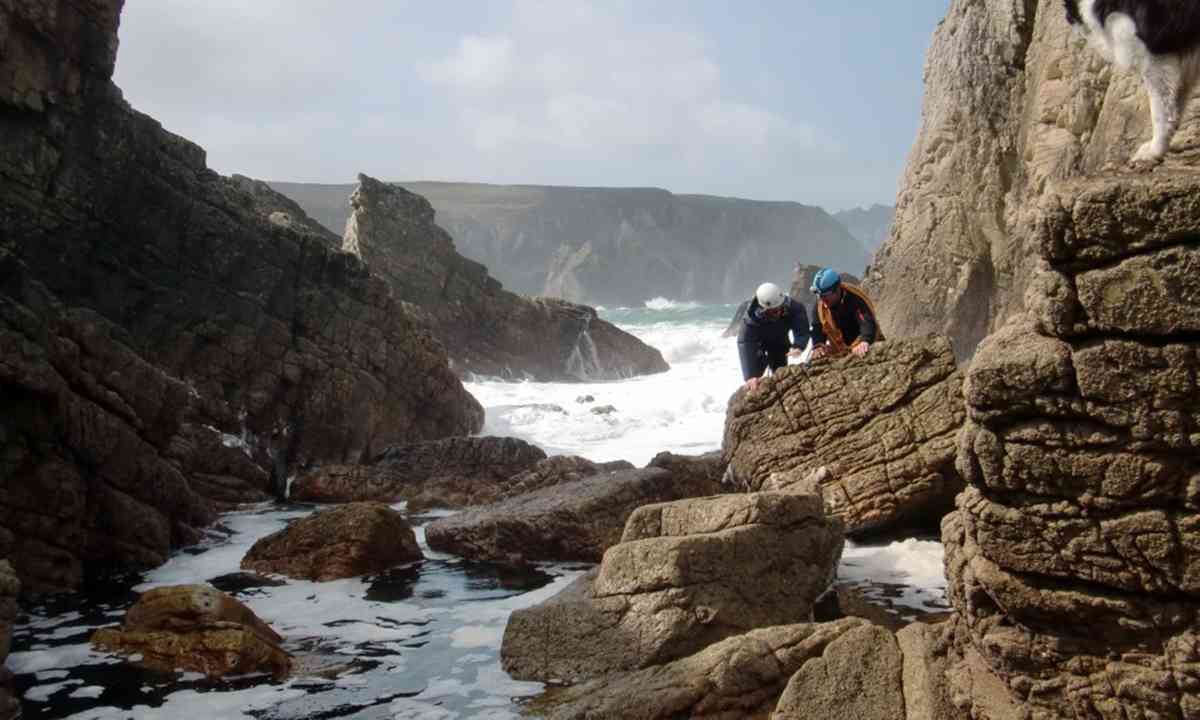 Even the inexperienced can safely ascend one of Donegal’s sea stacks under the guidance of Iain Miller of Unique Ascents. The first man to summit many of these stacks, said, “More people have been on the moon than have stood at the top of these.” Scaling a sea stack has made the Irish Times list of The 20 Best Places to go Wild in Ireland. One morning in April, I climbed the aptly named Realm of the Senses, a 50m sea stack near An Port. 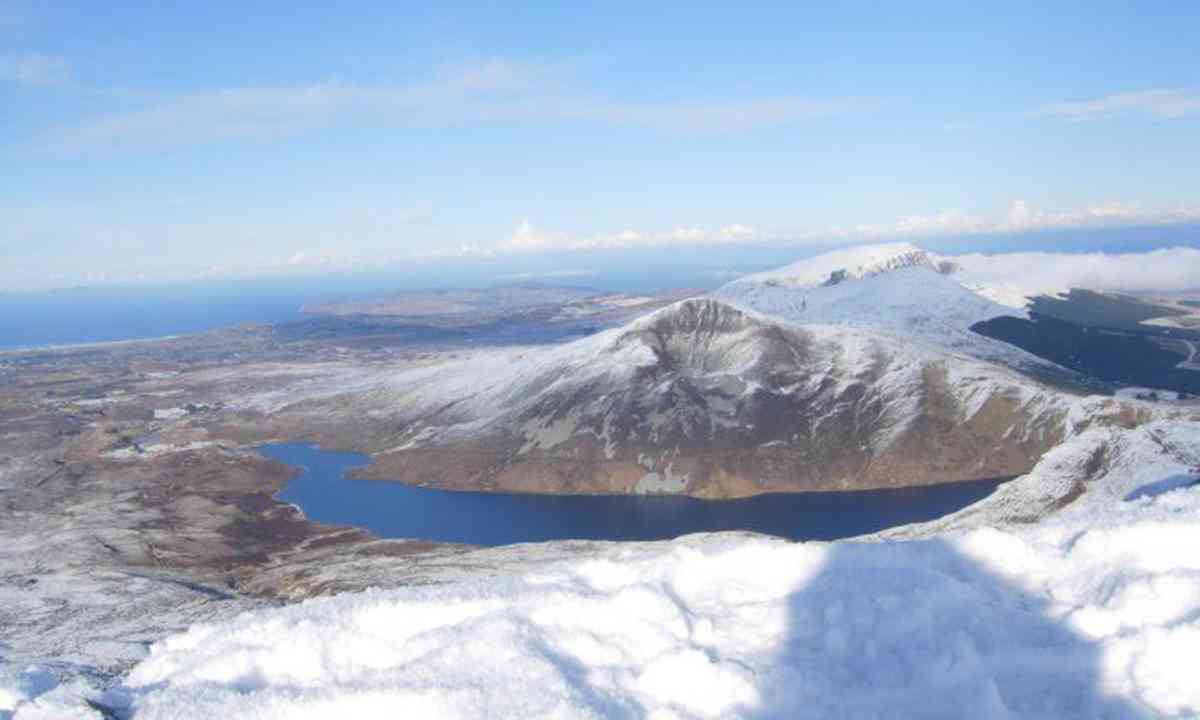 This iconic conical mountain appears permanently snow capped, like in my photo. What you normally see is quartzite, sparkling in sunlight. Rising 751 metres (2,464 ft), it is the tallest peak in County Donegal. At sunset, reflected light makes the cone appear pink. However, when it snows, it’s even more beautiful. An expansive view of ocean, lakes, islands and mountains can be seen on a clear day.

The easiest way to climb Errigal is from the car park off the R251. The route traverses heavily eroded and boggy ground before the proper mountain path begins. 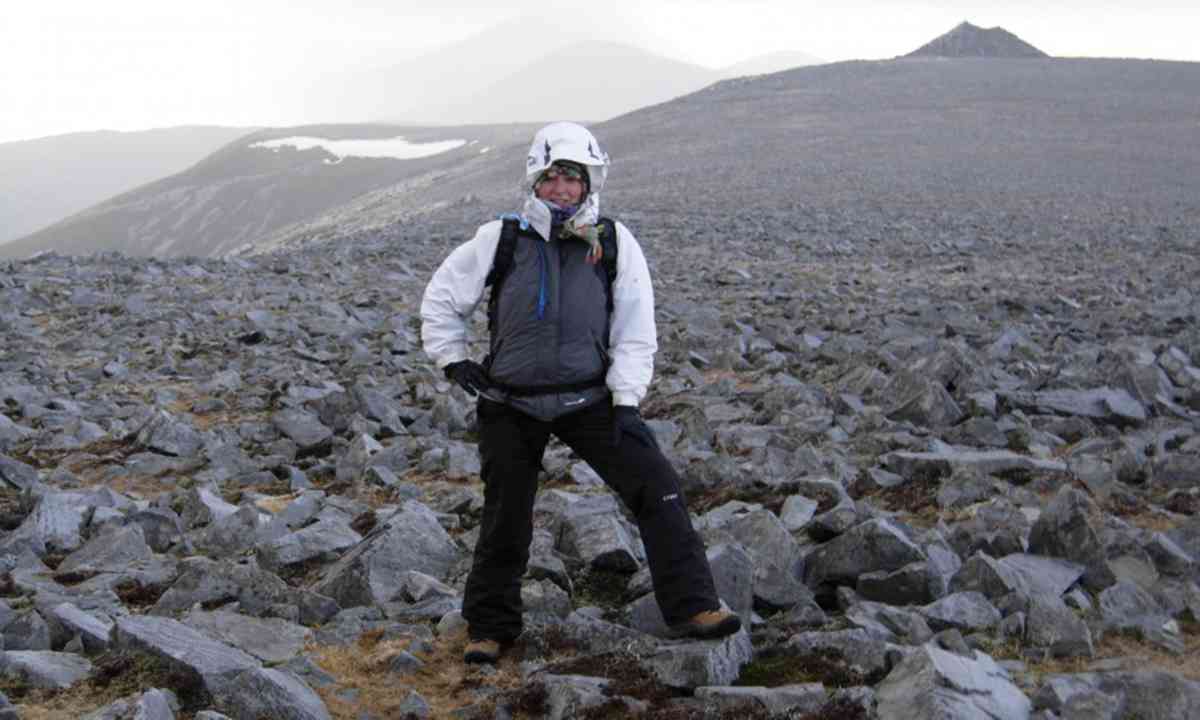 Easily identified by its flat top, its name means the Pig’s Back. Follow the Miner’s Path to the summit where you’ll find a large iron cross erected in 2000 to mark the millennium. Remnants of machinery used to quarry sand lie rusting, a stark reminder of the tough hike to work the miners made on a daily basis.

Both mountains are in the Derryveagh range, Muckish at the most northerly end and Errigal at the south. I have climbed these mountains many times, sometimes alone and sometimes with friends. Each visit holds a special place in my heart. 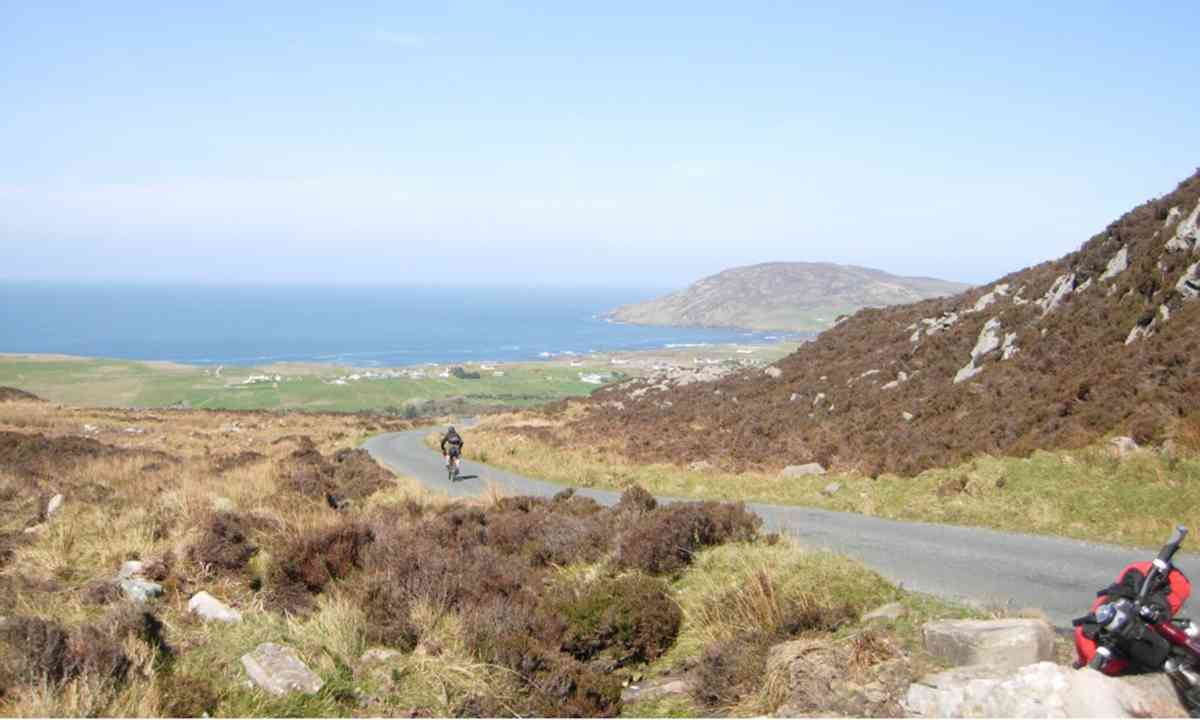 Attempt the gruelling climb up Mamore Gap in the Urris Hills of Inishowen. It’s a beast when you’re on a bike. 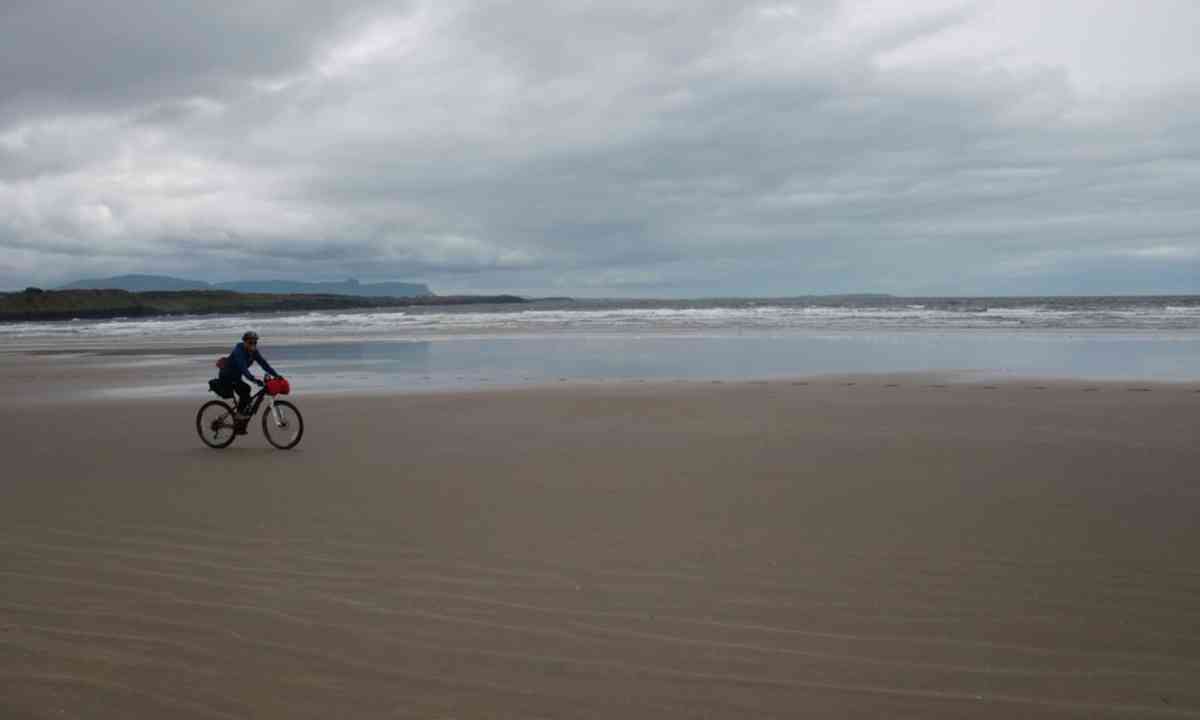 5. Pedal along a beach

The North West Cycle Trail directs you right onto the sand at Rossnowlagh’s Blue Flag Beach. Watch surfers and kite boarders as you pedal along. Marram grass covered dunes on one side Atlantic rollers on the other. With 13 Blue Flag Beaches, Donegal has more Blue Flag Beaches than any other county in Ireland. 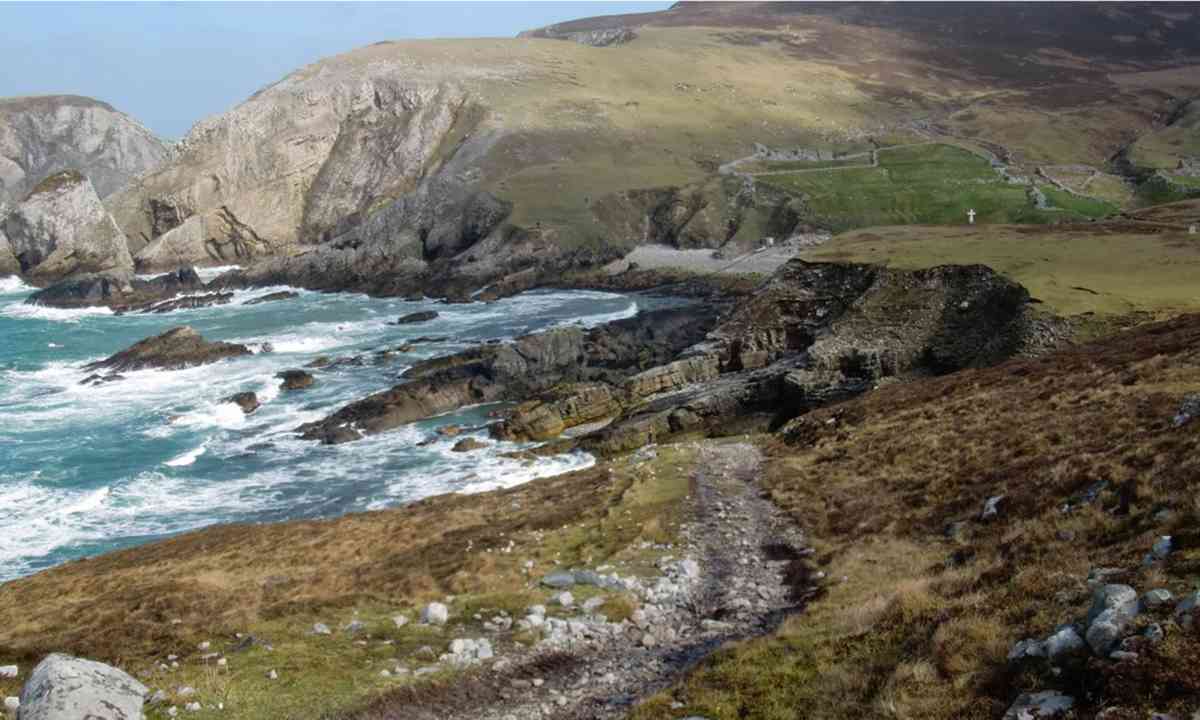 A walk around Rougey, an exposed cliff-top path is guaranteed  to dust off any cobwebs. Atlantic swells roll in and the surf is up and the pubs are filled with locals who will happily tell you a tale in exchange for a pint.If you're in luck, you'll catch local horses galloping through the froth of the sea across Tullan Strand. 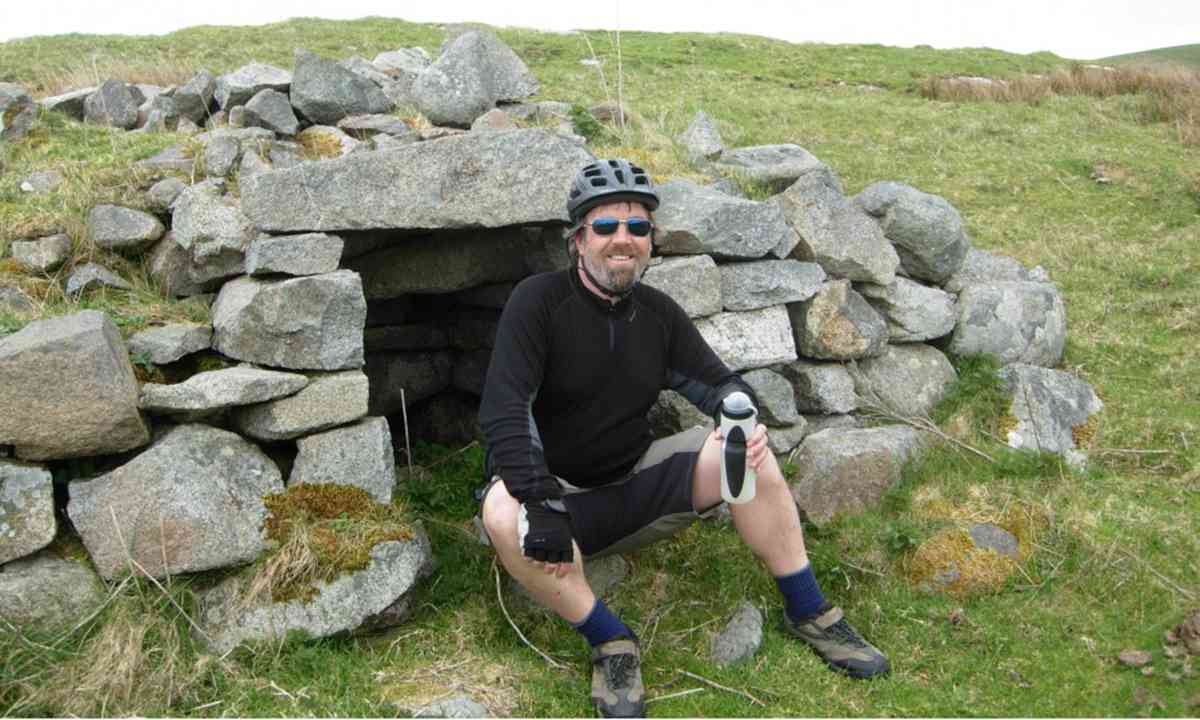 The fun is in finding some of the lesser well known. It’s like going on a treasure hunt. 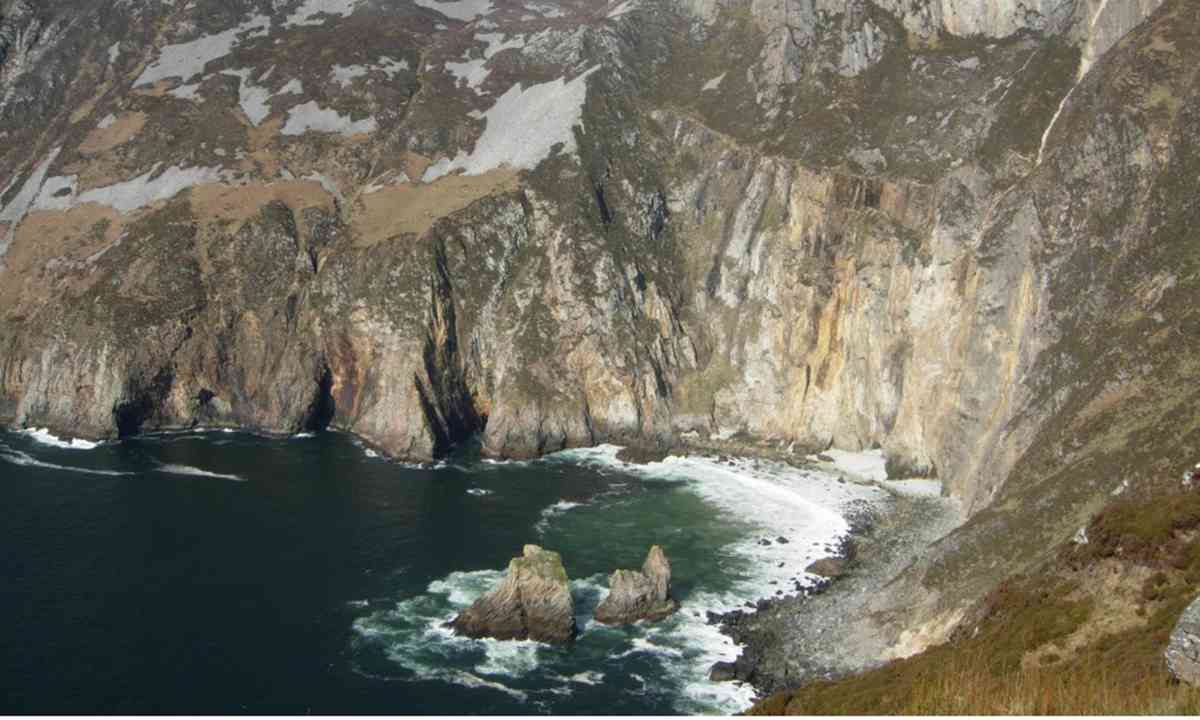 Sliabh Liag (also known as Slieve League) cliffs are the highest sea cliffs in Ireland, twice as high as the better known cliffs of Moher and they’re free to visit. They’re so good we went twice in twelve days. The first time up, we hiked with our bikes up the Pilgrim’s Path, the second time by car on a sunny Sunday afternoon. 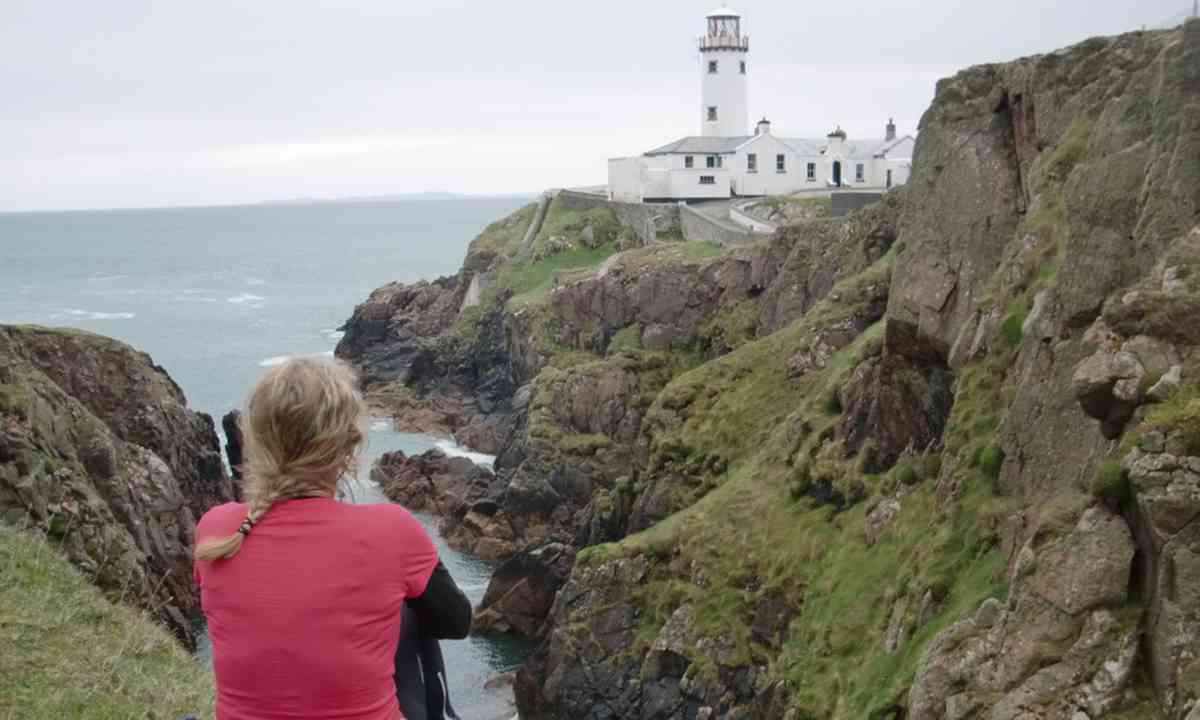 There are many lighthouses around the Irish coast, all are automated these days. A project is currently underway to open some to the public. My favourite is at Fanad Head. 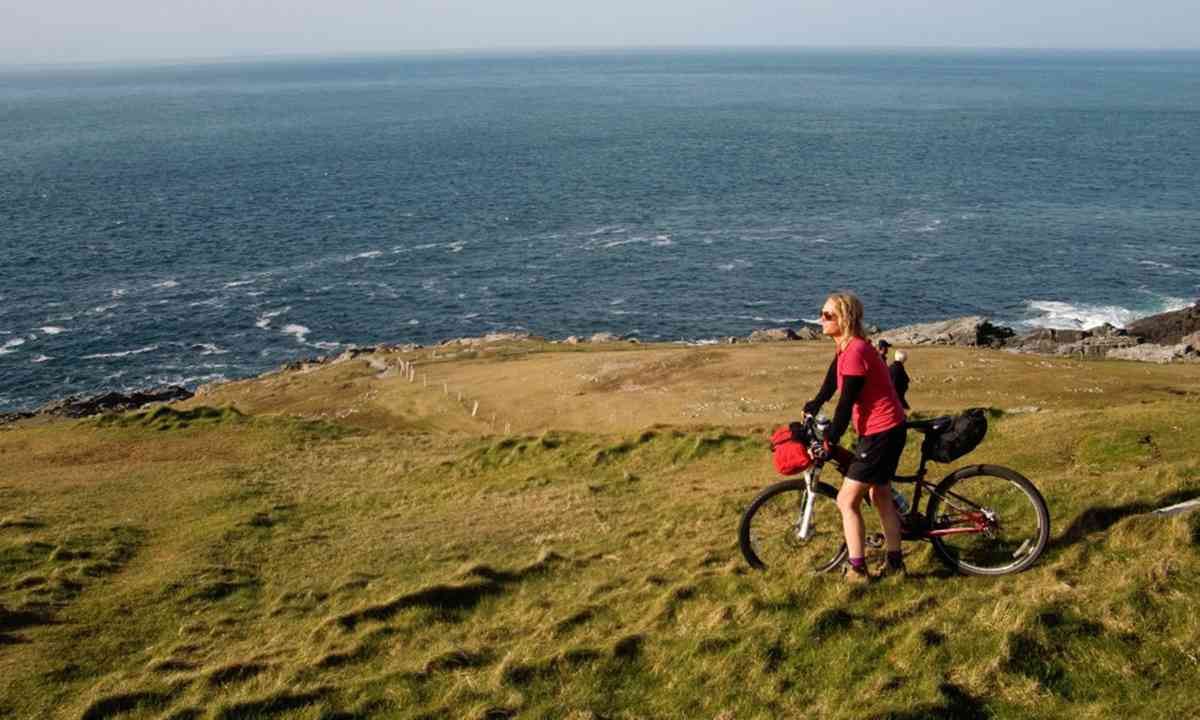 10. And now for the Shipping Forecast

Malin Head is Ireland’s most northerly point. If you’ve ever tuned into the BBC’s shipping forecast, you’ll be familiar with the name of Malin. You’ll pass the weather station on your way to Banba’s Crown, where hundreds gather to photograph the Northern Lights. Have a fresh roasted coffee and a delicious home bake at Caffé Banba Ireland’s most northerly coffee shop. Just don’t ask Dominic what time the light show begins!