*Please note, international and domestic flights are not included in this competition.

Now, expedition cruise specialist Polar Routes are offering one lucky person the chance to win a Quark Expeditions cruise to Antarctica. It’s a once-in-a-lifetime chance to explore the awe-inspiring ‘White Continent’ for yourself and to join that legendary roll call of explorers who braved to boldly go where few have ever been before. Head out in a kayak (Polar Routes)

Even before you spy your first iceberg, you’ll be following in the wake of those explorers of yesteryear. Departing from
the wind-swept port town of Ushuaia in Argentina, this is a chance to trace the famed Drake Passage – which is also the shortest route to access Antarctica. Then comes your first glimpse of this white wilderness, the South Shetland Islands, and what may surprise you most is the diversity on offer. This enthralling archipelago is a mix of glacial landscapes and otherworldly vistas, with the moonscapes of Deception Island, a collapsed volcanic cone, just one example. The Antarctic Peninsula lurks beyond as the most northern and accessible part of the continent. Explore on a zodiac (Polar Routes)

Nowadays, trips to Antarctica have evolved beyond just teasing sightings from your ship. Zodiacs allow you to explore shallow inlets and remote shores, while kayaking and stand-up paddle boarding are more active ways for you to discover the waters. Guided hikes also mean you can disembark and encounter Antarctica’s landscapes and wildlife up-close. See whales splashing out of the water (Polar Routes)

The plankton-rich Drake Passage is a haven for humpback, minke and fin whales, as well as orca, and (if you’re lucky) you may even see hourglass dolphins leaping from the waves.

Penguins will also make a prominent and squawking appearance as you cruise. Healthy rookeries of Adélie, chinstrap and gentoo (as well as smaller numbers of macaroni penguins) can be spied as you skirt between the isles of the South Shetlands and the Antarctic Peninsula’s coastline. Plenty of seals (fur, crabeater, leopard and Weddell) can be spotted lolling on shores and ice floes, while breeding grounds for the likes of king cormorants and Wilson’s storm petrels mean seabirds wheel in abundance.

Not only will you see this wealth of wildlife, but you'll have the opportunity to learn about it too. Onboard experts are available with ample knowledge as well as wildlife photography advice. 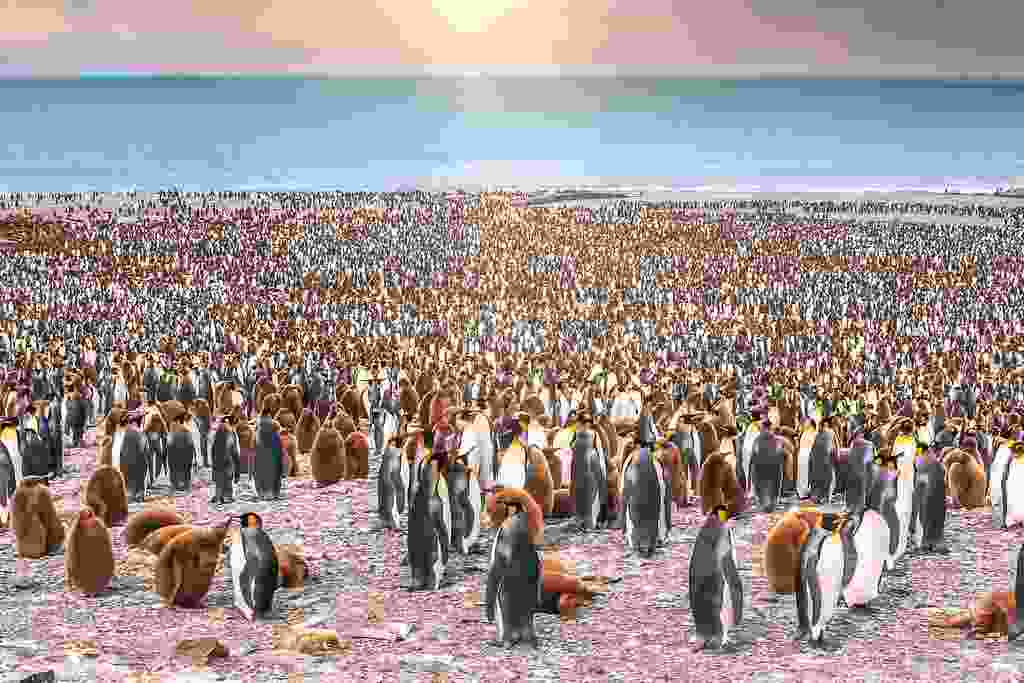 Polar Routes' unrivalled knowledge of polar ships and itineraries means there's no one you can better trust to organise your Antarctic cruise. That's why they've teamed up with Quark Expeditions, who has circumnavigated both the Arctic and Antarctica, with a roster
of polar firsts (even finding an emperor penguin colony on Snow Hill Island) and the intrepid spirit that the Antarctic demands.

Also, this trip is aboard Quark's newest vessel, Ultramarine. With four Zodiac disembarkation points and two helicopters on board, you'll have the privilege of seeing Antarctica from almost every angle. Both carbon neutral and plastic-free, Ultramarine’s state-of-the-art technology also means the ship can reduce its waste by 95% – very important in such a fragile ecosystem. There’s a team member for every seven passengers, all of whom have been trained at Quark’s own Polar Academy,
so your adventure is sure to be personalised and informative.

Enter now and before you know it, you could be following in the snowy footprints of some of the world's greatest adventurers.

Polar Routes is offering one Explorer Suite cabin for two, aboard Quark Expeditions’ Ultramarine, for an Antarctica trip of 11 days in November or December 2021.  This is part of a wider prize draw being managed by Polar Routes. To enter, simply submit your details below.