The votes have come pouring in, the testimonials have been made – now we can reveal the winners of the Wanderlust World Guide Awards 2015. 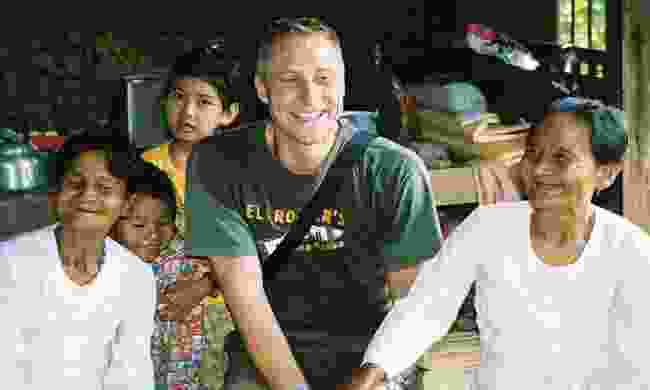 Where he guides: Asia
Booked through: Wild Frontiers

“A pure joy.” That’s what you called Mark. His warmth and enthusiasm leapt from the (many, many) pages of testimonials we received; by the end of the judging process, the whole panel were on the verge of signing up for one of his trips. “People will clearly follow him anywhere,” said Lyn Hughes, “and he also has a great rapport with the locals too.”

The judges were impressed not only by Mark’s guiding talents (his knowledge, his empathy, his sense of fun) but also his bond with the local communities he leads trips to – not least in Laos, where he has helped set up an education foundation. “He is not only a leader,” summed up one traveller, “he is a leader by example.”

“He understood our needs before we knew them ourselves.”
“Mark sees the best in everyone, and treats everyone – client and local – with equal respect.”
“It’s the little touches, the unusual extras. He always comes up with something memorable.”
“He has a love for people, an eye for beauty, and a wonderful ability to take an experience and describe it with amazing grace.”
“Mark never lost his patience.”
“He changed my life. He noticed I was getting on well with a fellow single traveller and, without us knowing, ensured we sat together on flights, giving us time to talk. We’re now in a relationship!”

Derek Moore said that Mark “ticks all the boxes: as a guide, a leader, and someone who puts back into the communities he works with.”

Mark will put his bursary towards Lone Buffalo, a community project in Laos that he co-founded. It provides free, quality English tuition to young people living in the world’s most heavily bombed province. 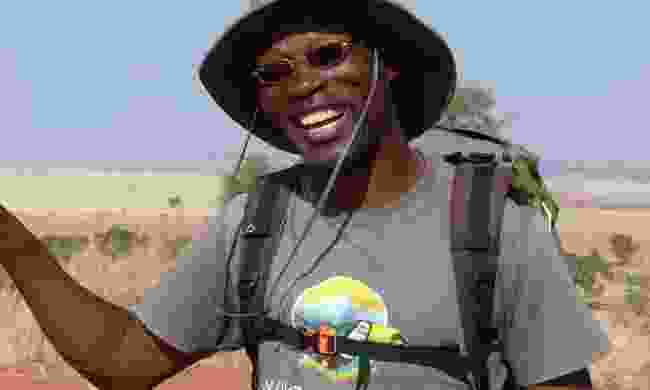 Where he guides: Namibia
Booked through: Audley & Ultimate Safaris

Orlando is one of the most respected guides in Namibia. This shone through in the testimonials that we received; one simply stated: “He’s in a class of his own.”

An ex-policeman and former international footballer, now a lead guide – and a trainer of other guides – he combines that rare mix of boundless knowledge (on a wide range of subjects), professionalism, enthusiasm and an occasionally wicked sense of humour. All this makes travelling with him a joy and a revelation.

Moreover, his colleagues also highly rate him – one travel-trade colleague said, “Hands down, he is the best guide I have ever worked with.”

“Orlando is far more than just a brilliant field guide; he’s proactive in all aspects of tourism and conservation.”
“Orlando makes every single traveller on his trips feel like they are part of the conversation and part of the journey.”
“He is witty and funny and easy to trust and like. I swear that at least 75% of Namibians know and love him!”
“You can’t travel to Namibia with Orlando and not burst into tears when it is time to say goodbye.”

Bill Bryson was a huge Orlando fan: “He sounds like an absolutely incredible guy. It is clear he is passionate about sharing his vast wealth of knowledge with people, and does so in an inspiring way.”

Orlando plans to donate some of his bursary to Ultimate Safaris’ Conservation Travel Foundation, to be used by the youth sports academy in Erwee, his home village.

He would also like to do a specialised bird-ringing course, to add to his birding repertoire. 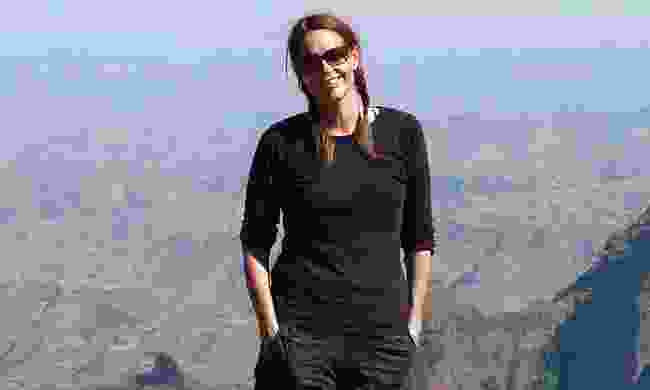 Where she guides: Ethiopia
Booked through: Explore

'Mother Ethiopia’. That was the nickname given to Sue by one of her travellers (who also called her “bonkers – but in the nicest possible way”). She has a real love of – and empathy – for Ethiopia and manages to bring the country alive for the people she guides there, ensuring they are well looked after while also teaching them Amharic and filling them in on the local culture. She is also, says one client, “an absolute hoot!”

She cares passionately about the local people too. Her mantra is ‘spread peace and happiness’, and she encourages her clients to engage with communities in a helpful and sensitive way.

“The most experienced and perfect tour leader I have ever met.”
“Sue was just like the Duracell bunny: full of energy and enthusiasm.”
“Right from the start, her firm commitment to responsible tourism was apparent.”
“Thanks to Sue, I came home from Ethiopia thinking that every birr I’d spent had made a real difference to someone.”
“She consistently goes above and beyond the call of duty.”

“Sue is a very special individual,” commented Bill Bryson. Paul Goodyer added, “Not only does she have firm principles and excellent people skills, she sounds like a great laugh – just the sort of person you want to travel with.”

Sue wants to help the people on the streets of Ethiopia at a grass-roots level. “There are people dying every day; they beg until they raise enough for hospital fees. I would like to help financially. For instance, there is an old blind beggar I give money to every month – I would like to fund a shop for him so he can get off the streets, and have a better life.” 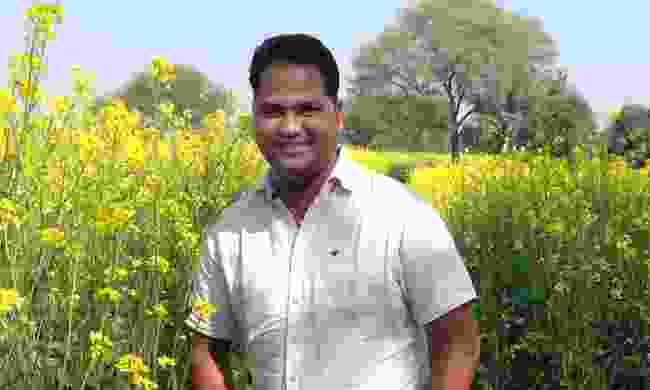 Where he guides: India
Booked through: Intrepid

We just couldn’t leave Monty out. He’s been nominated and commended by so many readers, so many times, that we are giving him a special award – The Outstanding Contribution Award.

Monty knows India intimately, and is exactly the person you want to see when you step off the plane in this bewitching – yet sometimes befuddling – country. He smooths problems, calms nerves and variously acts as translator, medic, concierge, history teacher, bodyguard, big brother and best mate as the need arises.

So many people who have travelled with him hailed Monty as “the best guide ever”. Many of them have returned to India specifically in order to travel with him again. Many of those people no longer think of him as a guide, but as a good friend.

“I’ve never seen a guide as devoted as Monty.”
“He’ll make you feel comfy when things aren’t really so. We felt safe in Monty’s hands.”
“His knowledge made for a more personal introduction to India.”
“Monty solved every problem we encountered, and we always felt like everything was under control.”
“When the trip finished he gave us all small gifts; for me, a headband – he’d noticed I’d been wearing them on the trip, and had noted my favourite colour.”
“Nothing was ever too much trouble, no matter how demanding the traveller.”

Peter Antoniou commented, “You just can’t keep a good guide down – by having been nominated so many times, Monty’s proven that he is a consistently excellent guide.”

Lyn added, “Many travellers find arriving in India a culture shock – Monty clearly eases their worries, and helps them appreciate all that is wonderful about the country.”