Lyn Hughes presents the best of the best – the winners of the 2011 World Guide Awards. 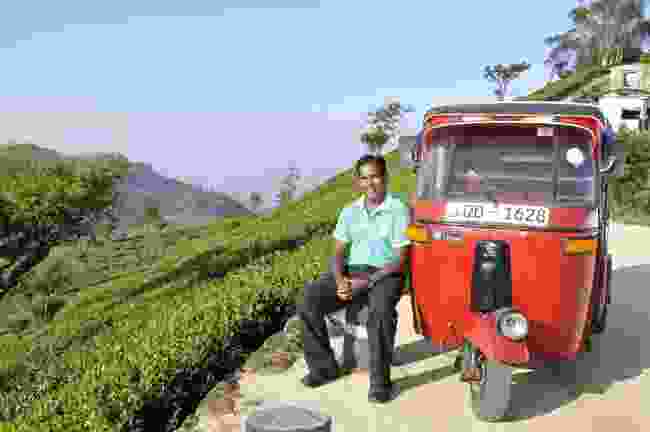 Where he guides: Sri Lanka
Booked through: Intrepid

Bruno was last 2009's Bronze Award winner, but this year he had even more support, with more than 100 nominations, plus another 100-odd testimonials once this year’s shortlist was announced.

Bruno was born into a poor Tamil tea-picking family, the sixth of seven children. He had planned to join the church but switched to tour guiding. We received many heart-warming stories about Bruno: about how he saved people from a fire; how he helped a client find their biological parents; how he made one traveller’s marriage proposal extra-special. But, overall, it was his gentleness and caring nature that shone through. And many happy customers quoted his most-used phrase: ‘Beautiful creation starts from a small seed’.

“Not even Moses in crossing the Red Sea has done so much for his customers!”

“He doesn’t just go the extra mile – no, that isn’t Bruno’s style. He goes 100+ miles. He is also a brilliant ambassador and promoter for his country.”

“I’ve rarely met such a kind and caring individual who puts others before himself and goes above and beyond to meet the needs of others."

“On more than one occasion we were made to feel like VIPs due to Bruno’s preparation and planning.”

Many appreciated how Bruno would even “wait all night (12 hours) at Colombo Station to ensure we got first-class tickets in the observation car.”

“He is an incredibly intelligent, honest, savvy, caring, fast-thinking individual.”

“We’ve done many trips with brilliant guides. The difference with Bruno is that instead of just telling you about his country, he made you feel a part of it.”

“He is a gentle man, a born leader, a one-of-a-kind guide. Sri Lanka, and we as travellers, are richer for having him.”

“You can’t really describe what he is or what an awesome job he does in a few hundred words... it would need to be a book of many glowing chapters.”

“The quantity and quality of the nominations speaks volumes,” said Mark Carwardine. “The people who travel with him care deeply about him.”

“He’s clearly extraordinary,” said Rough Guides’ founder Mark Ellingham. “He comes from a humble background, yet has achieved so much. He uses his skills to benefit other people, both clients and his community. He deserves to be recognised – this is what these awards are all about!”

"Regarding the Bursary, I am able to support very great projects at this time, one is the Udawalawe Elephants transit orphanage. I have also been able to fund two girls through their studies at university." 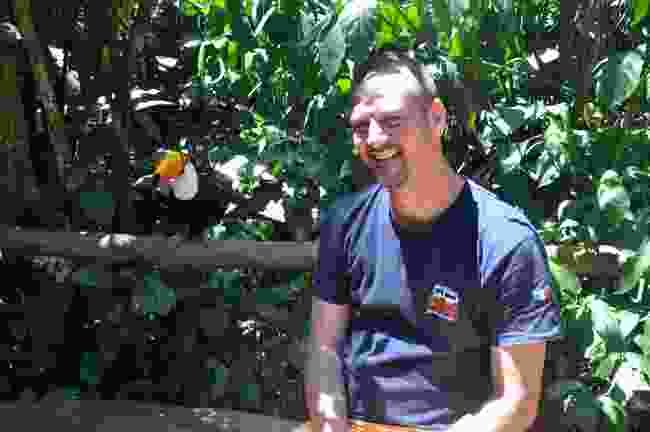 Where he guides: Various
Booked through: Dragoman

Italian-born Gaetano qualified as a political scientist, but decided a life in parliament wasn’t for him. Instead he went from working in restaurants in Italy to working on the London Underground, heading up a newsagent sales team on Salerno’s beaches and running his own business selling obscure comics.

He finally found his true vocation on the road, leading Dragoman’s overland trips, as well as fitting in freelance work. He’s been working in South America but in 2011 switched to Central Asia.

Testimonial after testimonial praised his resourcefulness, his people skills, his knowledge and his sense of fun. His cooking was praised too, including an aubergine dish that won many people over. But most of all, it was his infectious laugh that everyone mentioned: “It’s been commented that the only thing bigger than his pasta is his laugh!”

“How many Italian stallions would wear a pink dress and tiara when they go to a petrol station?”

“Gaetano handled different personalities, difficult situations, bad weather, travel delays, sick passengers and anything else thrown his way with grace, professionalism, a smile – and even the famous Italian shrug.”

“He has the patience of a saint.”

“The local people were always very happy to see him.”

“His travel tips were usually spot on. Except for when he tried to convince us that three could easily fit into a two-man tent. Then again Gaetano was always the master of maximising any resources.”

“Gaetano even made us all hot-water bottles – service with a smile and a laugh.”

“When the co-driver ended up in hospital with pneumonia, Gaetano put in ten-hour days driving the truck on his own... even though he was sick himself.”

“Everywhere we stayed, all the locals loved him. We were treated like royalty because they loved him so much.”

Mark Carwardine said, “He’s a real all-rounder who really does do everything.”

John Brown added, “Although he’s fun, he knows when to shut up as well!”

Kate Humble commented on how good Gaetano was at group dynamics: “That’s a hell of a skill. And, it’s not only his group that he’s popular with – he has an excellent rapport with locals, too.”

Gaetano wants to support a community project in Nepal or India.

"When I was trekking on the Annapurna range, I visited the Shree Bhume Primary School in Kaski and I gave to them an amount of money for their school. Then I gave an amount to an Italian Onlus that is raising money to built a Pediatric Hospital in Hargeisa, Somalia" 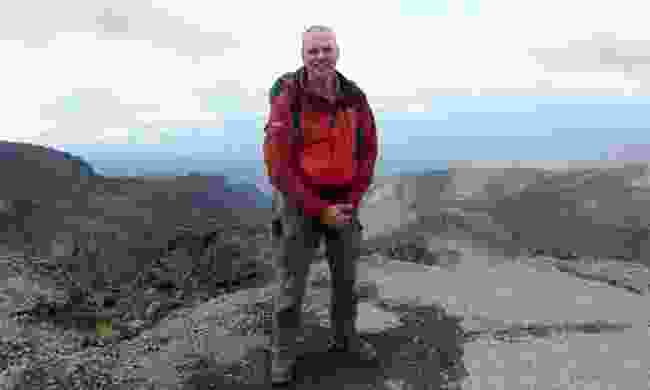 Where he guides: Various
Booked through: Let Loose with Adventure, Skyline Events and others

A former police officer, Kevin left the force to become an expedition guide. After gaining International Mountain Awards, he now works as a freelance guide, leading trips to Kilimanjaro, the Great Wall of China and Machu Picchu for – among others – a charity events company. He also has his own snowshoeing and trekking company.

Having taken hundreds of people on challenging treks, nomination after nomination praised his leadership skills, his calmness in all situations and his humour.

“Kevin is unique as a guide. He combines great experience, knowledge and fitness with amazing insight and understanding of each individual, bringing out the strengths of each person in a subtle manner."

“He taught us to trust our feet, walk tall and support each other, turning us from a ramble of 50 tourists to an impressive group of smiling hikers.”

“Kevin gives people faith in themselves. With my new sense of self belief I’ve changed my life dramatically since I came back from China. I left a poor relationship, moved 200 miles, got a new job I love. My whole lifestyle has changed for the better. I’m planning to climb Kilimanjaro in 2012 – something I’d never have never dreamed of before.”

“Kevin is an inspiration; I am now involved with the Prince’s Trust and assisting with team events. I don’t think I would have done this if I had not spent time with Kevin.”

“He gave me a feeling of achievement and self worth. His words have since guided me in day-to-day life by highlighting just what I can achieve.”

“If all the qualities of the world’s top guides can be found in one person, I believe this person will be Kevin.”

Paul Goodyer picked up on Kevin’s organisation and leadership skills: “An outstanding expedition leader. You’d be happy going anywhere challenging with him.”

Kate Humble commented on how Kevin makes people “feel safe and confident. He really inspires those with him.”

“There is a new sun bear sanctuary being built in Sepilok in Borneo, adjacent to the well-funded orangutan sanctuary. Sun bears are losing habitat due to deforestation as well as being sold as pets, only to be abandoned later when they become too big. The sanctuary needs funding, so I would like to donate my bursary.”

"The sun bear sanctuary is now open to the public and receiving volunteers for further work. I believe the bursary went to getting it ready for opening, which made it possible earlier than expected."